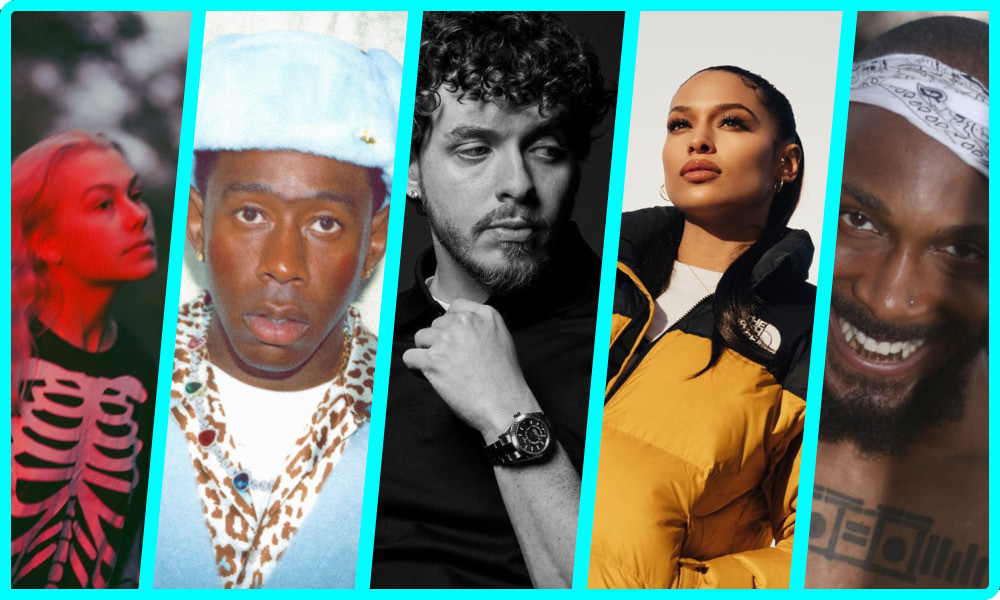 After a two-year break because of the terrifying global pandemic that we all hope is starting to fade in the rear-view mirror, Forecastle festival is back. Taking place Memorial Day weekend, from May 27-29, the three-day music festival has shifted its identity a bit, transitioning from a focus on rock and indie to a bill that features some of today’s brightest hip-hop and electronica stars. Three-day general admission tickets currently run for $265. Before you go (or decide whether or not you want to), here are some sets that LEO is excited to see.

Friday, May 27
Ocean Stage  |  2:45 p.m.
A Louisvile-based rap group featuring Quiiso, Shloob, Ace Pro and 2forwOyNE, The Homies build songs with slick verses and clever choruses. They pull from different eras and styles of hip-hop, but they don’t seem tied to any sort of trend-of-the-day sound, with their production, flow and words all living in the lands in-between sub genres. Everything that they do is smooth, with a relaxed creatively that still hits hard. All things considered, their superpower is the diversity of their styles, how each member is different, bringing new energy and ideas into various moments. That’s the thing about a collective done right: it’s never gets boring, because there’s too much talent. —Scott Recker

Mast Stage  |  5:45 p.m.
The deep baritone rapper is known for his low-key personality, yet he’s set to deliver a forcefully-moving show if his recent appearances — like one with Action Bronson and The Alchemist this February at The Tabernacle in Atlanta — are any indication. In Atlanta, he performed 27 songs, missing not one beat, and kept audiences immersed throughout. One of the strongest lyricists to emerge from Odd Future Wolf Gang Kill Them All, a collective drawn together by Forecastle Saturday headliner Tyler, the Creator, he won huge critical acclaim from 2010 on. Earl Sweatshirt — whose real name is Thebe Kgositsile — has continually delivered conscious rap, addressing social injustice and forthcoming about personal challenges with depression and anxiety. Freed from the tyranny of big-label handcuffs in 2019, Kgositsile spoke on Some Rap Songs as his last release through Columbia Records, telling Pitchfork, “Figuring out how you can be radical from within the system breaks your head. That’s where I’m really at: that frustrating-ass place. And this is the best attempt I got. Only so much can happen above ground.” —Sarah Kinbar

Boom Stage  |  8:45 p.m.
If there were ever music made to listen to in a park on a late spring afternoon, it’d be the ultra-chill bedroom-poppish tunes of Still Woozy. (Even one of Spotify’s official playlists says so.) Sven Gamsky’s dreamy tracks are light on the psychedelia and heavy on the good vibes. Start with “Habit” and “Goodie Bag” for two songs that’ll put you in a good mood. I’m looking forward to seeing him at Forecastle for the same reason I’m looking forward to the weather clearing up: because we all need more sunshine in our lives. Still Woozy’s version just happens to exist in music. —Carolyn Brown

Mast Stage  |  9:45 p.m.
Why see Jack Harlow at Forecastle? Simple: you can’t not. The 24-year-old rapper is at the top of his game and the top of the music industry, and his songs constantly rep Louisville. He’s got a smooth flow, a respectable braggadocio, a solid portfolio of collabs and the adulation of millions of fans worldwide… and it all started here. This is his moment and yours to see him. All that aside: honestly, his music’s just fun. I once photographed a Jack Harlow-themed burlesque show where everybody sang along to “I Wanna See Some Ass” as a guy clad in a leather harness and thong gyrated around a table of gleeful college-age women. I expect Jack will perform that, plus other viral hits like “Whats Poppin,” in his headliner show — albeit probably not the same way the burlesque dancer did, but who knows. But any concertgoer knows how fun it is to sing together with thousands of people, and the energy for Jack at Forecastle is going to be unbeatable. Make sure you don’t miss the opportunity to see it firsthand. — Carolyn Brown

Boom Stage  |  7 p.m.
Princess Nokia is bringing her New Yorican, Afro-Indigenous hip-hop vibes to the ‘Ville, and I cannot wait. With her show, she brings a wealth of unique experiences as a brown woman in the diaspora and a blend of trip-hop and hip-hop beats to share. Nokia’s music is heavy with female power and promotes the strength of all women but in particular the experience of Black, Indigenous and Latina women. From her first ventures, the former “Tomboy,” has a new glammed-up image and a decent catalog starting from 2014’s Metallic Butterfly. She’ll be hopefully giving Louisville the full spectrum of her discography including 2017’s 1992 Deluxe and her 2020 releases Everything Sucks and Everything is Beautiful.  Don’t let the glam fool you, Nokia still delivers in the lyrics. —Erica Rucker

Mast Stage  |  7:45 p.m.
With striking, heart-on-the-sleeve, hook-heavy yet shape-shifting folk-rock, Phoebe Bridgers makes lyrically intense and golden-voiced songs that tell stories in such a direct, yet idiosyncratic way. Some people have such a personalized, bottled-lightning way of writing that their words feel refreshing, magnetic and transportive, and Bridgers easily falls into that category. Her stories drip with evocative realism and relatable pain, crawling with the people who let us down, how we let ourselves down, the memories of the small yet substantial moments, the fears, the small victories, the way things could be worse, all sprinkled with a dash of dry humor and a flurry of heavy-handed honesty. It’s a cliche thing to say, but I don’t care, because it’s true — she’s one of the most important voices of her generation. —Scott Recker

Mast Stage  |  9:45 p.m.
One of the first interviews I ever did at the LEO was with Kevin Parker, the maestro behind Tame Impala, right around the time that Lonerism dropped. He was in Singapore and excitedly shared what he saw at the moment of my call, a cruise ship laid across the top of two skyscrapers. Parker was amazed by his opportunities, by what he saw in life and that comes across in his music. You can feel the breeze on these tunes, which is part and parcel of all of Parker’s work, whether it’s the garage-psych of his first two releases or the imminently danceable indie of The Slow Rush. This is music designed to help you chill, which is perfect for late-May Kentucky, right as the heat kicks in. It’s the place to be on Saturday if you’re looking to knock the encroaching summer heat off the night air. —Syd Bishop

Ocean Stage  |  6:45 p.m.
There are few emcees as compelling as JPEGMAFIA, both in terms of the subversive lyrics and the song titles. JPEG kicked off his career with the incendiary Black Ben Carson, which was a modern take on grime and trap. His album, All My Heroes Are Cornballs, was my personal intro and what a dope start. Here, JPEG expanded on his style, bringing in elements of ambient, glitch and experimental into his already weirdo vibe. Not only does JPEG’s music reference classic hip-hop legends like MF Doom or ODB, but off-the-wall influences like Björk or Faust — this is weird as fuck, and I’m here for it. This is an emcee that never flinches at spitting hard-hitting lyrics, and it comes through in his music and his live show. I haven’t caught him yet, but watching videos online, JPEG gets into the mix no problem, whether that’s getting into the crowd, literally, or just engaging with folks through the mic. This is an emcee that never fakes the funk and I can’t wait to see what his set is like at Forecastle. —Syd Bishop

Mast Stage  |  9:45 p.m.
Tyler will surely draw from his newest award-winning Call Me If You Get Lost album, but a number of deep cuts that appeal to his ride-or-die fan base should pop up as well. As a gift of love, he might deliver the alternate version of “911/Mr. Lonely or Boyfriend,” which can’t be found on streaming platforms. Tyler’s loose effect bears the marks of pure authenticity. Never the same twice, he moves, screams, raps and speaks with ease on stage, making every song an original. Of one thing you can be sure: Tyler will speak to Louisville, recalling his experiences in the city, extrapolating upon his observations of the people and places he has interacted with. No matter how big the show, he maintains a personal touch, echoing the intimate connection implied in the album title Call Me If You Get Lost. —Sarah Kinbar