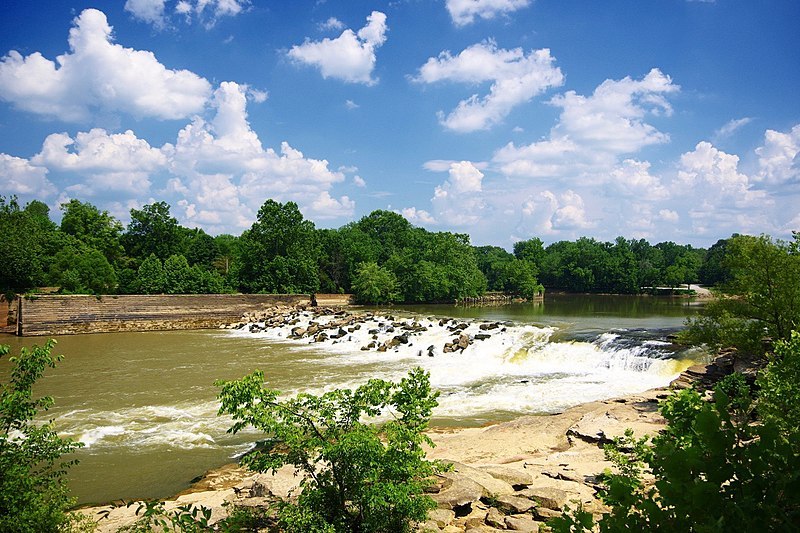 The state has assessed Kentucky's Green River as healthy, but it's also been the site of coal ash pollution.Photo by Brian Stewsberry, Wikimedia Commons

A recent report found 67% of streams and rivers in the Commonwealth are designated as “impaired for any use.”

An impaired waterway can contain unsafe levels of fecal pathogens posing health risks to swimmers, low oxygen levels making it harder for fish to survive, or harbor high levels of nitrates, bacteria or other contaminants causing local municipalities to deploy additional treatments in order to make it safe to drink.

Eric Schaeffer, executive director of the Environmental Integrity Project, said Kentucky has more than 90,000 miles of rivers and streams, but only a portion of its waterways are assessed for drinking and recreational safety.

“You’ve got 8,484 miles in Kentucky, about two-thirds of the river and stream mileage that was studied, that are meeting water-quality standards,” Schaeffer pointed out. “And more than 4,000 of those miles aren’t safe for swimming, or what’s called contact recreation.”

Overall, based on state data submitted to the EPA, the report found more than 700,000 miles of rivers and streams nationwide — half of those assessed — were classified as impaired for at least one use.

Schaeffer noted a major problem is the EPA’s lack of action on reviewing and updating limits for water pollution control by industries. According to the report, two-thirds of the EPA’s industry-specific water pollution limits have not been updated in more than three decades, despite a Clean Water Act mandate for reviews every five years.

“Here on the 50th anniversary, we want to, of course, recognize that and remind people of how bad it was and remind them that we don’t want them to slide back to those days,” Schaeffer emphasized. “But also, the data and the evaluations of water quality that are required under the Clean Water Act show that we have a long, long way to go.”

He added it is important for state-based agencies to do regular assessments of water quality.

“In recent years it’s only been 14% of the total in the state,” Schaeffer reported. “You look nationwide, it’s more like 26-27% get assessed, of all the river and stream miles. Kentucky is about half of what’s already really low baseline.”

A report released last year from the Department of Environmental Quality found toxic compounds called Perfluorinated and Polyfluorinated Substances (PFAS) in 90% of the Commonwealth’s surface waters.

Disclosure: The Sierra Club, Cumberland Chapter contributes to the Public News Service’s fund for reporting on Climate Change/Air Quality, Public Lands/Wilderness, Sustainable Agriculture, and Water. If you would like to help support news in the public interest, click here.