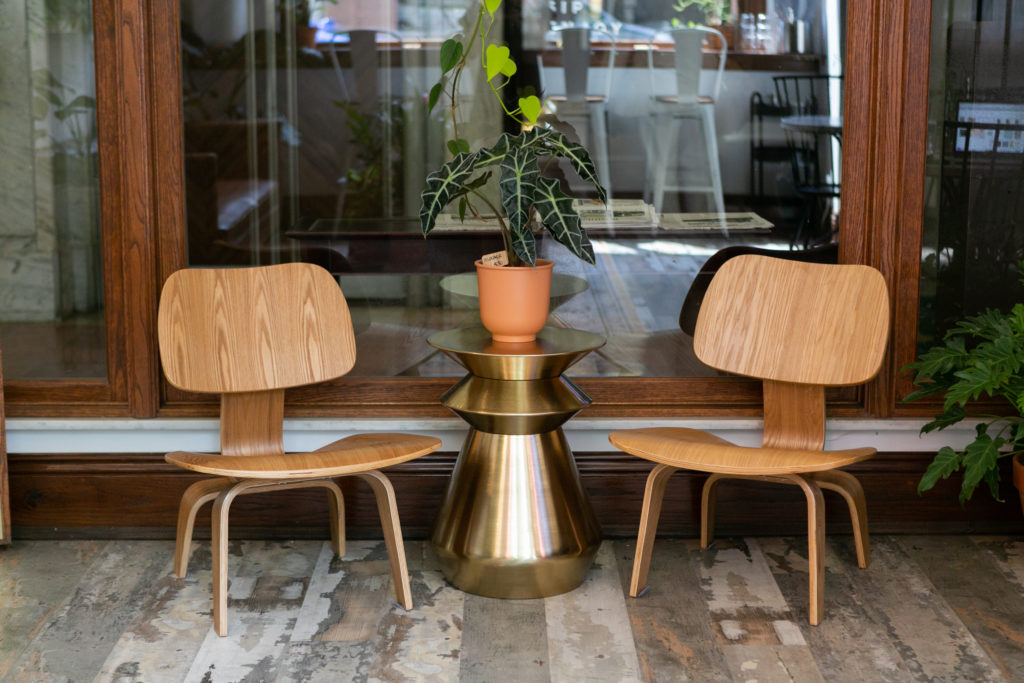 Join the Fleur de Flea this Saturday for their Mid-Century Modern Pop-Up Shop.

Fans of the sleek and cool modern of mid-century furniture will be excited about Kentuckiana Mid Century Modern Pop-Up Shop being held by the Fleur De Flea Vintage Market on Saturday, April 30, from 10 a.m. – 5 p.m.

What is Mid-Century Modern design?

It basically is a description of furniture, architecture, clothing and graphic design aesthetics ranging from the post-World War I period through the early/mid ‘60s. The timeframe varies and the debate about what “mid-century” encompasses is unresolved. What the ideal of this aesthetic shares is a love for sleek, sometimes space-y and functional designs. In the world of mid-century modern familiar names like Frank Lloyd Wright, Charles and Ray Eames, Florence Knoll, Herman Miller, Eero Saarinen, Ludwig Mies Van Der Rohe, Isamu Noguchi and sometimes older names like Michael Thonet are the first to come to mind when one thinks of this style.

Much of the aesthetic involved the unique use of available industrial materials such as wood, plastics and metal. The use of curves and geometric shapes is also popular in this design style and, as people were beginning to look to space, with the adventures of Russian Cosmonauts and movies exploring ideas of the cosmos, space-related design became synonymous with MCM.

It’s certainly more than we have have space to write about here, but you get the idea. Cool furniture, cool designs, cocktails and groovy people makes this an event that certainly you don’t want to let slip by. I have it on good authority that the vendors have been planning for this event and are excited to show you their finds.

The Fleur De Flea is located at 814 Swan St. After you leave the pop-up shop, several local buildings fit into the MCM architecture including those designed or influenced by Wright and Mies Van Der Rohe — try to find them.