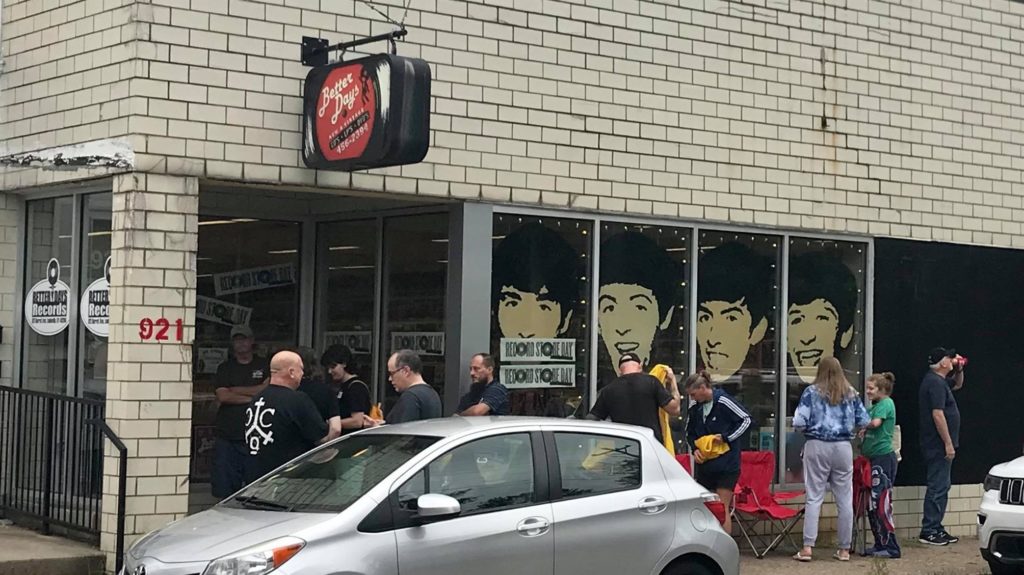 For decades, Better Days Records shop owner and operator Ben Jones has been a steady advocate for brick and mortar record stores and the local music scene. And that’s still as obvious as ever, as he now plans to revive and re-envision the company’s record label.

Jones, who purchased the iconic local record shop in the early ‘80s, currently runs Better Days’ two record store locations — East (921 Barret Ave.) and West (2600 W. Broadway #104) — where customers can browse and purchase tens of thousands of vinyls, but he recently also decided that he wanted to revitalize the company’s label that previously produced everything from gospel pressings to some of Louisville’s most notable indie and punk albums.

His idea is not only to do limited edition runs of vinyl records for local musicians, but to also use the planned 1,500 square foot expansion at Better Days East to allow bands to come in, play music, sell their albums, T-shirts, stickers, buttons and other merchandise. And, most importunely, have a place to interact with fans and the store’s patrons while doing it.

“It’s basically a resurgence of trying to get the local, independent band a space to sell their wares — to give them a way to sell without putting them on consignment,” Jones told LEO. “To say, ‘Hey, come set up in my store.’”

“There’s nothing like being in a retail store, building up your own fan base,” he continued.

Better Days’ label first released a gospel record in the late ‘80s and followed with a string of punk and hardcore records in the ‘90s by bands like Bush League, Indignant Few, No Comply and Son Of Dog. In the early 2000s, output started to slow down — they released several CDs, but the demand for vinyl faded until a resurgence around 10 years later.

Jones said that there are currently plans to release another Indignant Few album, and the label is also working to release a previously-unreleased Bush League record. There’s also at least three other projects in the works.

Moving forward, Jones is interested in working with new bands of all genres, and even defunct labels. (While on the phone with LEO, he said those interested could call Better Days Records East — 456-2394 — for more information.) His overarching goal is to help musicians learn and achieve the value of selling tangible products in an in-person environment.

Pandemic restrictions are loosening, and it’s evident that people are looking to get out, but local shops have been hit hard, and continue to battle online shopping. Jones said collaboration is the way forward.

“We don’t want to lose the art of brick and mortar and our advocacy is to keep the brick and mortar record store going,” Jones said. “And the only way we can do that is for Louisvillians to join in and keep us alive and we’ll keep them alive.”