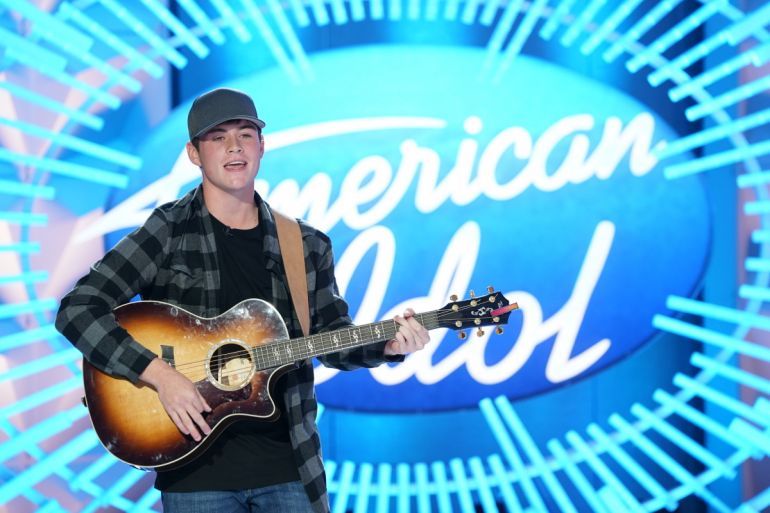 Dakota Hayden played "When It Rains It Pours" by Luke Combs for his "American Idol" audition.Photo via ABC

Just a few weeks after 19-year-old Louisa, Kentucky, native Noah Thompson made headlines for his successful “American Idol” audition, another Kentuckian has wowed the judges and gotten his ticket to Hollywood.

Seventeen-year-old Dakota Hayden, who lives in the small Kentucky town of Fordsville, auditioned for the “Idol” judges in Nashville with a stirring rendition of “When It Rains It Pours” by Luke Combs.

Katy Perry told Hayden to tune his guitar; a few minutes later, as Luke Bryan had done during Noah Thompson’s audition, he asked Hayden to sing just the chorus of the song — and he did, even better than he had originally.

The judges praised Hayden for his authenticity and talent.

“You’re pure country — believable as heck,” said Lionel Richie. “It’s believable, and I love your pureness. You’re an aw-shucks kind of guy, and it translates.”

Katy Perry had joked earlier in the audition that Hayden, who said he was a lifelong fan of Luke Bryan, looked like he could’ve been Bryan’s son, which Richie referenced.

“Even though you’re not Luke’s son,” he said, “your attitude and personality reminds me of my man down there.”

“You are country from your hat to your boots,” said Katy Perry. “Honestly, I think you’re top-ten material.”

“Thank you for driving your butt down from Fordsville, Kentucky,” said Luke Bryan. “Call your mama, your daddy, your grandma, your auntie, your uncle, call your church, call your preacher, ‘cause you are exactly what we wanna find.”

From Bryan, Perry, and Richie, respectively, Hayden received votes of “yes,” “yee-haw,” and “a rootin’, tootin’ yes,” followed by the classic “Idol” line, in sync: “You’re going to Hollywood!”