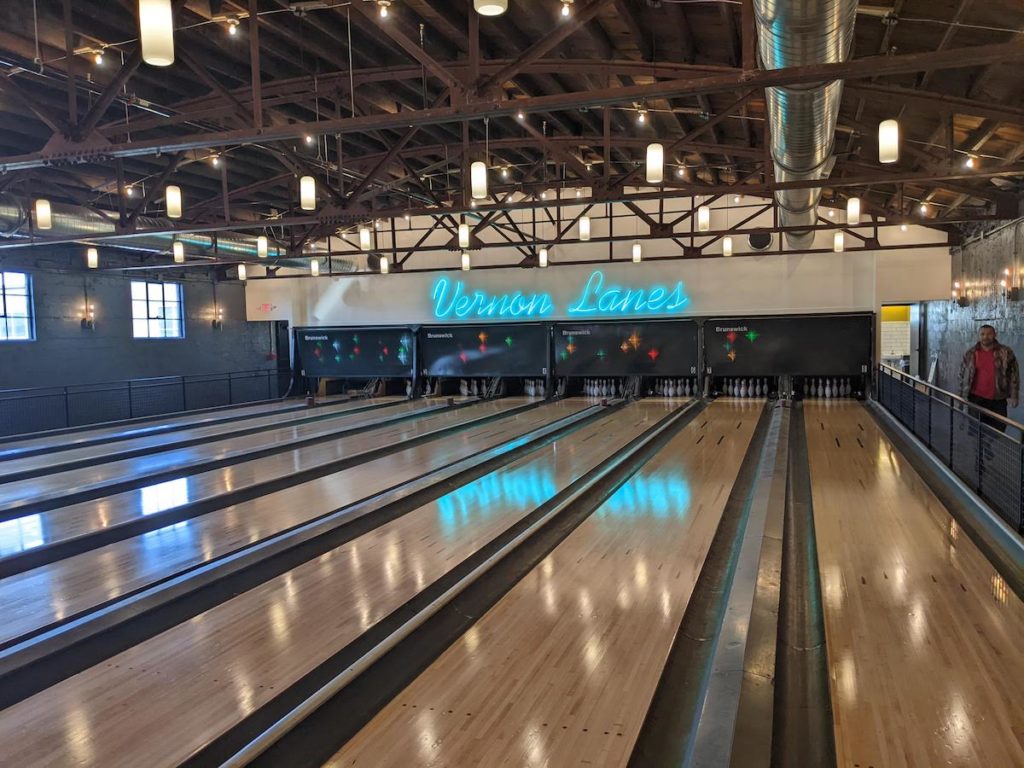 Vernon Lanes closed in 2015, but now it's back and renovated under new ownership.Photos by Kevin Gibson

Vernon Lanes, the historic bowling alley and club in Butchertown, is finally about to reopen. No opening date is set, but the hope is pins will be falling by the end of March.

The new ownership group, part of which also owns Saints Pizza Pub in St. Matthews, purchased the multi-level building, located at 1575 Story Ave., which was constructed in 1886, last year and announced it would be renovated. That renovation is moving toward completion, based on a recent walk-through of the space.

The building originally was a gentleman’s club known as the Delmont Club, visited primarily by German immigrants, but was purchased in 1918 by St. Joseph’s Catholic Church and converted to a community and recreation center. In 2006, it was purchased by a group led by Dale McCall, who wanted to revive the old bowling alley partly due to his own childhood nostalgia. He would add a live music venue in the basement that came to be known as the Vernon Club. The Vernon, as it as known by many, closed in late 2015. It was purchased the following year but plans to reopen it never came to fruition, according to reports.

Today, the eight-lane bowling alley, which is reputedly not only the oldest in Louisville but one of the oldest in America, is once again operational, as evidence by the clacking of pins by workers testing the lanes on a recent visit. The vintage benches and lockers remain in place, as do the wood floors, but the main floor has been fitted with a bar that will seat close to 30 people and accommodate others in an adjoining room facing Story Avenue. Bowling balls and shoes sit on racks and on benches waiting to be used for leisurely recreation, and the simple words “Vernon Lanes” flicker in neon above the pins. 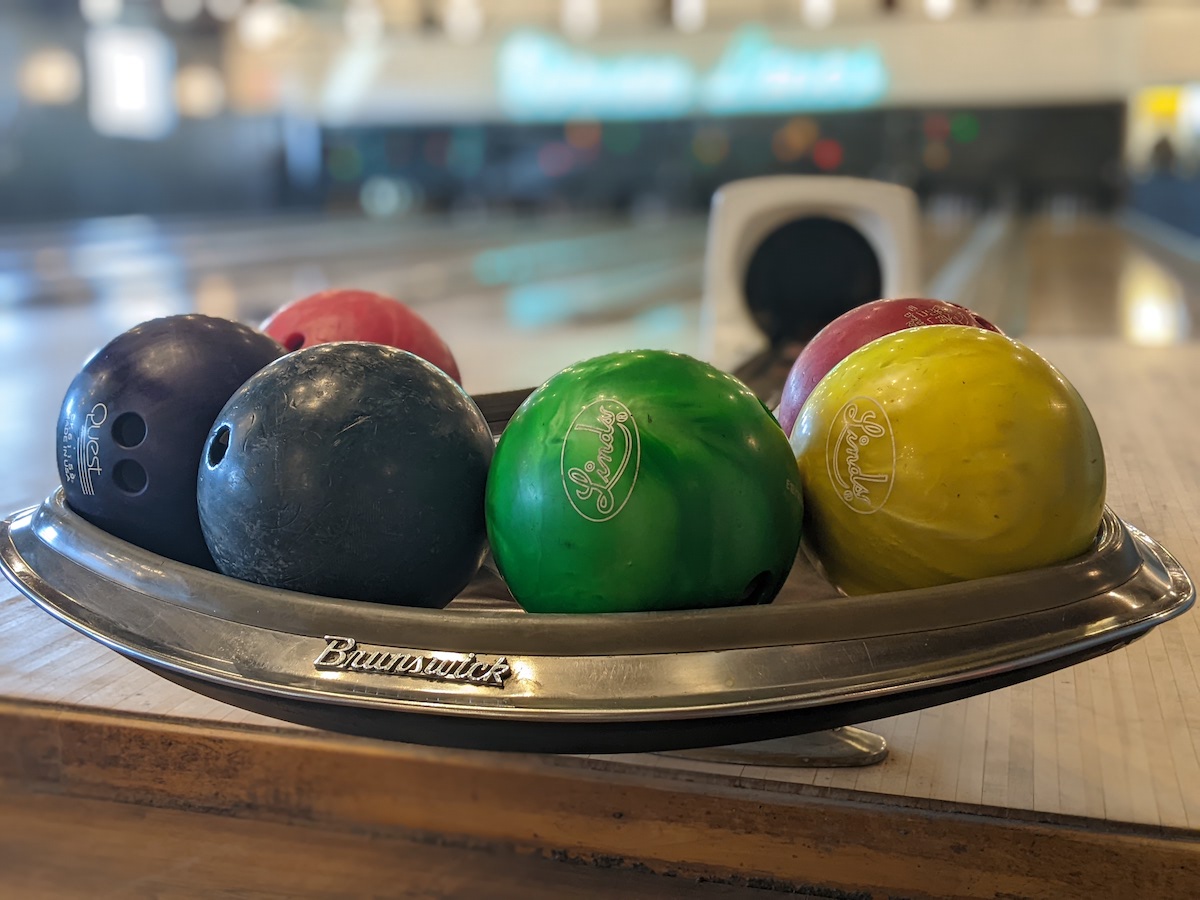 The downstairs, which long ago was a banquet hall, is in the process of being fitted with a full kitchen. A new stage has been built at the end of the room closest to the parking lot, while a 65-foot bar that will seat close to 40 is in place where the crescent-shaped stage used to exist. New bathrooms have been built to help complete a more modern facelift to the old building, and the old horseshoe-shaped bar is long gone.

General Manager Bruce Jarrett said the new version of Vernon Lanes will feature a full menu that will offer “cool, funky bowling alley food” under the direction of Chef Zach Henderson, who previously cooked at Galaxie, Portage House, 211 Clover Lane and other restaurants around Louisville.

Expect sandwiches, not to mention an array of flavored popcorn — “portable” eats, per Jarrett — including possible flavors such as masala and spicy Mexican chocolate, plus other snacks like curry wurst, a vegan hot dog and more. Eventually, he said, a full menu featuring entrees will be served.

Part of the reimagining is the addition of 35 TVs, making it a destination not only for drinks, snacks, bowling and music, but also televised sports.

As Jarrett put it, however, even though the building is being equipped with “brand-new everything … we’re not going far afield from what they were doing” when the venue was a neighborhood staple. This is evidenced by the exposed brick of the original building, the retro bowling alley furniture and the fireplace hearths which ground the historic building in the neighborhood’s and the venue’s past.

Jarrett emphasized that the revamped Vernon is still a work in progress; expect the main floor to open first, with a limited soft opening, and the downstairs space to open in the coming weeks or months.