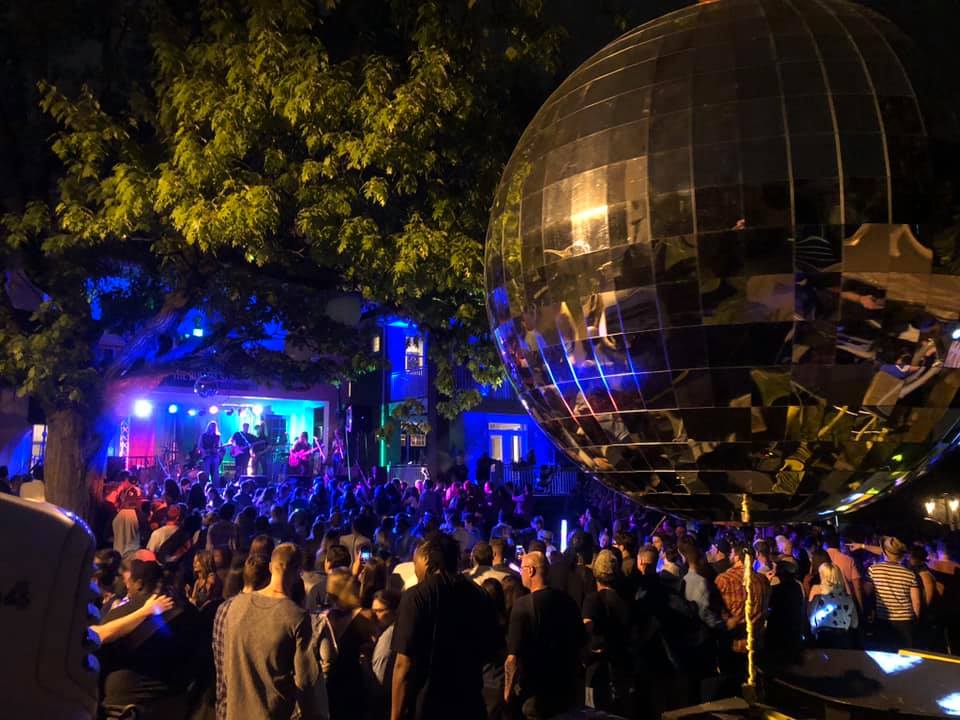 Sherby, and it's huge disco ball, are back in 2022.Photo via Sherby/Facebook

Sherby, the Derby Eve music festival at the intersection of Sherwood Avenue and Bardstown Road, is returning for its 10th year after two years off, and they’ve snagged a big headliner: country singer Maggie Rose.

Sherby, which started in 2011, was canceled in the pandemic years of 2020 and 2021, although organizers did tow a gigantic disco ball down the street two years ago for a socially-distanced version of the annual block party.

Maggie Rose has played at Sherby before, in 2018. But, over the last four years, she’s grown in popularity. In 2019, she played Bourbon & Beyond.

Here are the musicians who will be performing ahead of Rose:

Tickets to Sherby cost $10 at the gate. The outdoor festival will happen rain or shine, and guests will get to see the largest disco ball in Kentucky.

Bamba Eggroll Co., Traveling Kitchen, and Lil Cheezers will have food trucks at the festival, but no outside food or drink will be allowed.

Sherby started in 2011 as a front-porch party among 50 friends. In 2019, more than 3,000 people attended Sherby. As the size of the party has grown, so too has Sherby’s iconic disco ball: It’s now 11 feet in diameter.

Proceeds from this year’s festival will go to Hand in Hand Ministries.