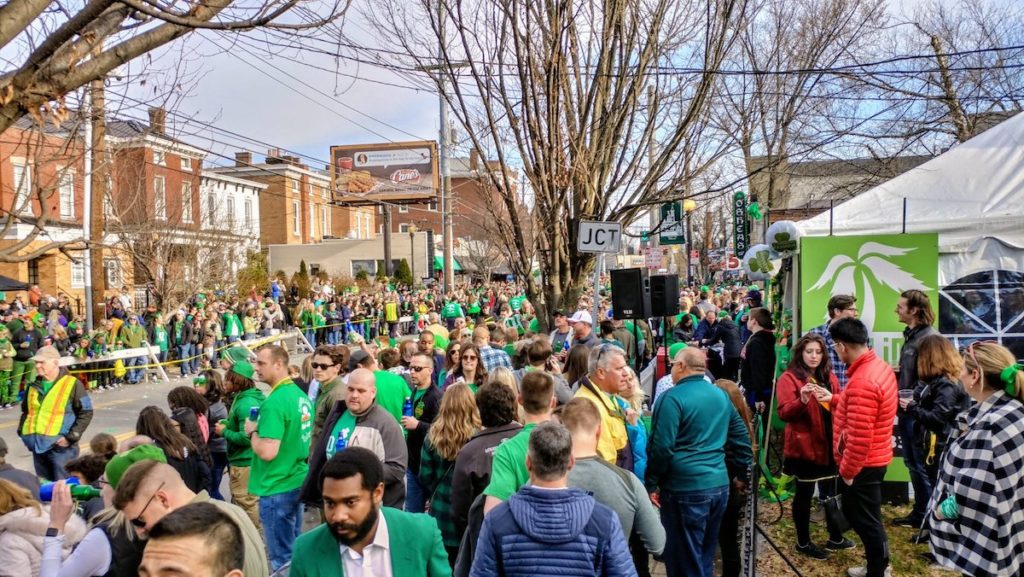 Emerald-clad crowds will once again line Bardstown Road this weekend.Photo via the St. Patrick's Day Parade/Facebook

Oh this? It’s just our happy jig — because Louisville’s St. Patrick’s Day Parade is returning to The Highlands after a two-year pandemic hiatus.

One of Louisville’s signature winter’s-almost-about-to-end events, the parade runs down Bardstown road, with the sidewalks and the bars packed with emerald-clad people.

The theme of this year’s parade is, fittingly, The Return of St. Patrick. It’ll start at 3 p.m. at Broadway and Baxter and end at Windsor Place.

In keeping with a tradition of sucky parade-day weather, it will be cold this year, so you’ll probably want to bundle up in green winter gear: The current forecast is a high of 28 degrees.

Leading up to the parade, Thursday is the Blessing of the Beer and the Tappin’ of the Keg. Event organizers the Ancient Order of the Hibernians gather at Goodwood Taproom at 6 p.m. for a priest’s blessing and short speeches before heading up to O’Shea’s Irish Pub in The Highlands at 8 p.m. for food, Irish songs and drinks.

In addition to the parade, event organizers the Ancient Order of the Hibernians have created an Irish Passport, with a list of Louisville bars and restaurants to visit. If you order a meal and a drink at six of the establishments by March 19, you’ll be entered in to win a parade glass and prizes from the Passport’s sponsors.