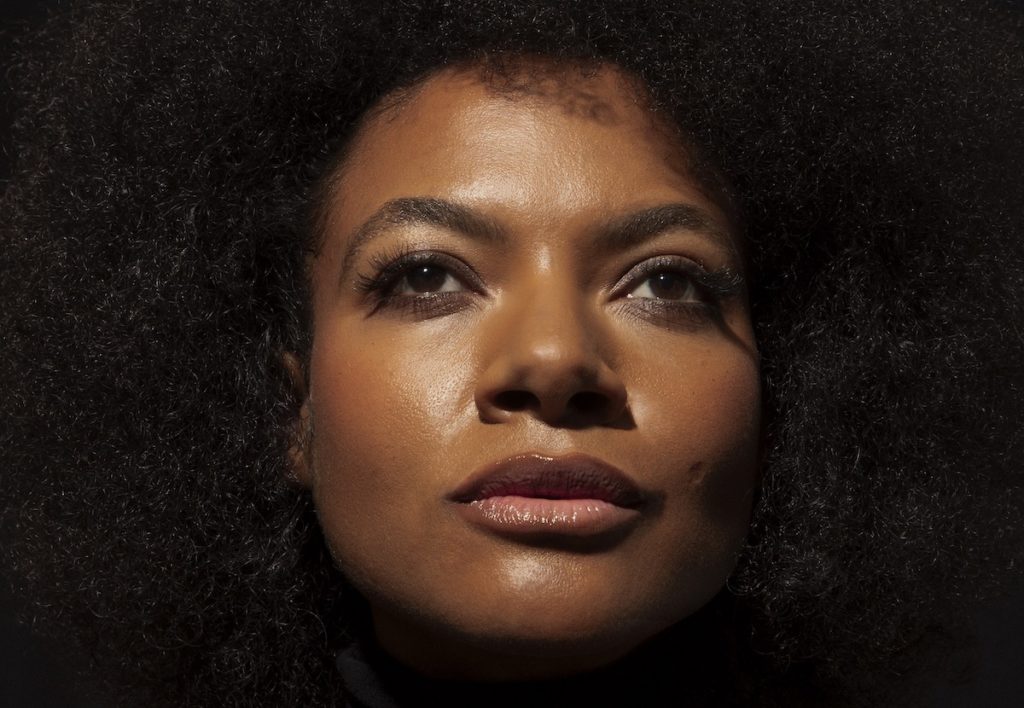 Allison Russell is a self-taught Canadian musician whose first solo album, Outside Child, has been nominated for three Grammy awards, topped the New York Times Best Of 2021 list, and also was recently nominated for three Juno awards (the Canadian equivalent of Grammys). Allison will be performing live at the Kentucky Center this Sunday, March 13. LEO spoke with Russell about performing, and her favorite song to perform, and being a Grammy nominated musician.

LEO: Do you have any pre show rituals that you do before you go out on stage?

Allison Russell: Yes, we always I do vocal warm ups, which involves blowing air through a straw into a bottle of water and just kind of loosening the palate, and vocal cords and getting ready.The whole band will usually get together, and we’ll figure out the setlist and make sure everyone feels good with it. And we, you know we always just kind of “Cheers!” each other right before we go on stage just to kind of, a little check in, a “Love you all let’s do this.” I often do some calisthenics and headstands just to make sure you know, everything’s pumping, the heart is pumping, and I’m fully aware and prepared to be present.

Is there a favorite song that you have to perform?

I’m touring with an incredible group of women, so we’re more of a collective really than a band, because every artist in my band is also a fully realized artist of their own. I’m very lucky to have this kind of coalition of the loving who come out and play these shows with me. Folks like SistaStrings and Mandy Fer, from the band Sway Wild, and Larissa Maestro, Megan McCormick, Joy Clark, Ryan Medora and Beth Goodfellow are all women who have been just, who are brilliant artists, brilliant writers, all of them brilliant singers. They’re all lead singers too, you know? I think one of my favorite songs, because of the the joy of getting to sing harmonies with these brilliant women, to play and perform right now is a song that I wrote called “Hy-Brasil” from the record, that when we do it live, it’s just really harmony rich. And I don’t know it just makes me happy. Something about the way it resonates in my own brain is like cranial sacral therapy.

Congratulations also on your three Grammy nominations. What were your first thoughts when you heard that you and Outside Child had been nominated like this?

I did not believe it. I was actually in the middle of an interview for a podcast called “The Marinade” and I hadn’t been able to watch the kind of unveiling of the nominees because I was working. My partner came in in the middle of this interview doing this ridiculous dance. It was a Zoom interview so I could be seen and I of course started cracking up and was like, “What are you doing interrupting, you can see I’m working doing this interview.” He came up and said “You’ve just been nominated for three Grammys” and I flat out did not believe it at first. Yeah, it was it was really shocking and surreal and so amazing, and joyful and fulfilling, career changing and all, all of those things at the same time.

Can you speak a little bit more about how important collaboration is for you and how you’ve been able to develop and grow that?

I was really apprehensive about stepping forward under my own name into my own story and obviously the stories that I’m telling on Outside Child are so autobiographical and personal on the one hand, but on the other I’m not the only survivor in the world. I’m one in three women, there’s one in four men. It’s one in two trans or nonbinary or gender-expansive folks who’ve experienced similar things. Every human on the planet is going to experience trauma in one form or another. That’s just part of the human experience and trauma is also one of the mothers of empathy.

For me that learning how we navigate trauma and how we find joy on the other side of it — really, the whole record is about survivors’ joy. It’s about coming through trauma through the grace of art and music and chosen community and chosen family and motherhood in my case. It’s been really interesting to put forward this work under my own name, but it’s also everything that is happening for the record, everything that you hear on the record is because of the creative community that’s collaborating with me and supporting and uplifting it. You know, none of this would be happening without that creative community. I feel that every night on stage. I feel that whenever some new piece of good news comes through. Like today, I just found out I was nominated as a Songwriter of the Year and a roots music Record of the Year at the Junos which are like our Grammys in Canada. So that was like a really big deal to find out about that today.

Once again, I just thought about, this is literally all happening because of the creative collaboration of loving, chosen friends and family that I’ve been working with over the years, and on this record, and touring this record, and I’m just so grateful for all the doors that have opened. This album has been under the auspices of members of my sort of creative communion family, people like Brandi Carlisle, who sent my record to Fantasy Records and said, “You really have to listen to this,” and that’s my label now. And they’re not just my label, they’ve become dear friends and people that I really trust and who are helping guide my career and the life of this album in ways I just couldn’t have ever imagined before. I never imagined being nominated for Grammys, I never imagined being nominated for Junos or being written up in the New York Times as one of the albums of the year and things like that. It’s just stuff that was not, that I did not think was possible for me as an artist is happening because of the creative kind of coalition community of the loving surrounding this record and surrounding me.

You’ve talked about how [your] past that influenced the songwriting on the album, that it’s there in the background, but it’s really more about how art saved you and the joy of creating saved you, and that just really resonated with me.

Yeah, exactly. And that’s exactly it, right? It’s almost like we transmogrify trauma through art. We come to a place where we can live our lives, and we can love each other and we can find goodness, whatever pain and turmoil we’ve been through. My dear chosen sister Yola, and I, we were roommates and housemates throughout the lockdown, and one of the things that we would joke about was like, it’s not the Trauma Olympics. It doesn’t matter what your trauma is, someone’s trauma isn’t worse. Like we’ve all navigated that, we know what that feels like as human beings, we know what it feels like to go through loss, pain, sorrow, suffering. And the other side of that coin is joy, resilience, survival, community. That’s the story of humanity, and I really feel like our human birthright is resilience and hope and strength and joy. Otherwise we wouldn’t still exist as a species.

Do you feel like you always connected to the universe in that way, or do you feel like it’s something that became even more so after becoming a mother — like it helped connect you in an even bigger way?

I think I was sort of connecting in that way almost semi-consciously, always. But after becoming a mother it was heightened and amplified exponentially. My sense of urgency around harm reduction, around building creative coalition and community and creative problem solving and using arts specifically to help grow and to help grow empathy. I mean, I really think that’s art’s role.

Music is interesting to me, because I think there’s a visceral, kind of direct connection that can happen through music sometimes. That it’s something about that uniting of melody and poetry that can just cut through a lot of walls that we put up, and help people just feel a real emotional connection. Like it’s kind of the only, one of the only places I can think of like a roomful of people who might have extremely disparate notions about things, who might, in other circumstances, see themselves on opposite sides of whatever lines they’ve drawn. Whether it be political or identity, whatever it is, that they can be in a room together, listening to music that moves them, crying together, laughing together, sharing a completely human experience together and not having any of those false divisions get in the way of that.

And, I think that there’s something really, really healing about that, about the kind of universality of music and the way that it is a universal language. You don’t even have to share a spoken language, you don’t have to speak the same language, to feel the music. And I think that there’s something so healing about that, and since becoming a mother, I’ve become so much more aware of the role, how important it is to use words wisely to use music wisely, and to use it with intention to try and be the change that I want to see. I don’t want my daughter or anyone’s child to have to carry the same burdens of intergenerational trauma, abuse, violence and misunderstanding that we’ve all carried in one way or another. I want it to be better for them and it’s not going to get better unless we approach it with intention and honesty and bravery and courage to change things. So that’s kind of what I’m trying to do — not kind of, that is what I’m trying to do with whatever platforms I manage to climb up on. I’m always trying to just amplify that signal of we can be a beloved community if we choose to be you. We can accept each other, and not just accept each other, love each other.