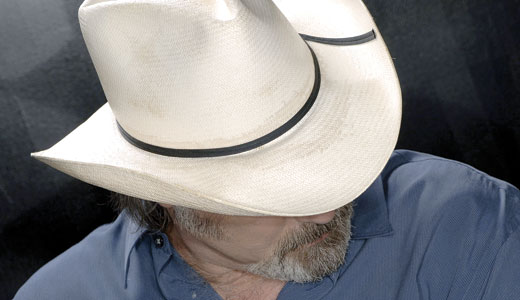 A documentary featuring the late comedian and Louisville resident Tim Wilson is forthcoming.

“Tim Wilson Alive at the Punchline” is a 2-and-a-half-hour documentary about the comedian’s life and work compiled from unseen material filmed at the Punchline Comedy Club in Atlanta. The video was produced and edited by his daughter, son and his sister, Sophia Wilson and their brother Ari Wilson. The film is available for view only on Patreon but the hope is that with increased attention, more areas for distribution might open.

“Tim Wilson was a prolific stand up comic and comedy songwriter known for hilarious songs like ‘Chuck E Cheese Hell’, ‘First Baptist Bar and Grill’, ‘Crematorium For Sale’ and ‘Booty Man,’” according to a news release. “On the one episode of the Jimmy Fallon show, Chris Rock was shown the Booty Man song and proclaimed ‘That’s a hit!’. Tim Wilson’s songs collectively have over 6 million streams across platforms such as Spotify, YouTube, and iTunes, even after his untimely death. Tim Wilson created a comedy legacy that comedians like Ron White, Lewis Black, Billy Gardell, and Roy Davis Jr still reminisce over.”

Comedian Ron White said of Wilson when he passed away,  “I regret to tell you my friends that we have lost comedian Tim Wilson today he died of a heart attack in Nashville he was with his brother. I cannot tell you how much he will be missed in the comedy community. He died on the 20th anniversary of the death of Bill Hicks. FUCK!”

Wilson had a contract with Capitol records and worked with many notable musicians like Gregg Allman, Levon Helm, Bobby Whitlock and Ed King of Lynyrd Skynyrd, He co-wrote the “12 Days of Christmas” with Jeff Foxworthy.

From a news release:

Towards the end of his life, Tim became obsessed with the theory that Ted Bundy had committed a number of the murders associated with the Columbus Stocking Stranglings in the 70’s. He along with fellow comedian and colleague, Roger Keiss, began investigating the theory and wrote a novel on the subject called Happy New Year -Ted. The book details how two black men were wrongfully accused of the killings, bringing evidence from numerous sources together to prove his theory.

On Feb 26th, 2014, on the way to view Carlton Gary’s appeal hearing, the man accused in the Columbus Stocking Stranglings, Tim tragically died of a heart attack before reaching the court house. Carltons foot size did not match the evidence of photos taken of an Adidas shoe print, a major point made in my father’s book. After traveling around the world enough for two lifetimes, Wilson passed away suddenly at 52 years old in his hometown of Columbus, GA.