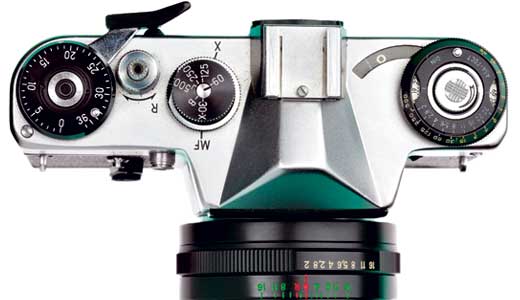 Longtime local photography retailer Murphy’s Camera announced recently that it will consolidate its two locations and close its store in St. Matthews. After this Friday, Feb. 25, the business will operate only from its larger store in The Highlands at 1440 Bardstown Road.

Murphy’s announced the consolidation in an email blast yesterday and on Facebook last Wednesday.

In the email blast, Murphy’s wrote, “We have had a store in St. Matthews since the 1970’s and are grateful for the loyal support we have had from the community. As our industry have [sic] evolved over the years, more and more of our business is being done online. With that in mind, we made the decision to consolidate to one store in Louisville and one in Lexington.

“To our Louisville customers, please continue to visit us at our main store at 1440 Bardstown Rd. There we have a much larger showroom with a wider selection of new products, an extensive used camera department, rental equipment, a full-service photo lab, and a classroom.”

Don Metcalf, who manages the Shelbyville Road location, told LEO today that the closure is due to a “changing of the times” due to the increased popularity of online shopping.

“We can support basically one store per town, per city, and that’s kind of the trend [for camera stores] nationally,” he said. “The market’s changing and the customer base is changing, and we’re just adapting with the times.”

Still, Metcalf said, “It’s a great regret that we feel we have to go in this direction. We’ve built up quite a loyal customer base, and we’re very appreciative of that. It’s the people that have built our business.”

(Note: Metcalf clarified that although the store had originally set and publicized Feb. 27 as its closing date, the store’s last day has since been moved to Feb. 25.)

Metcalf said he doesn’t know what will replace the Shelbyville Road store, but he recommended customers make use of the larger Highlands location for their photography needs after Friday. There, he said, “they’ll get the same care” and “more benefits” than at the St. Matthews location.

Murphy’s Camera has had five stores over the years, starting with its first brick-and-mortar downtown in 1957. Two others in the Louisville area have since closed: one at the Paddock Shops and one in Clarksville. A remaining store in Lexington will be unaffected by the closure in St. Matthews.