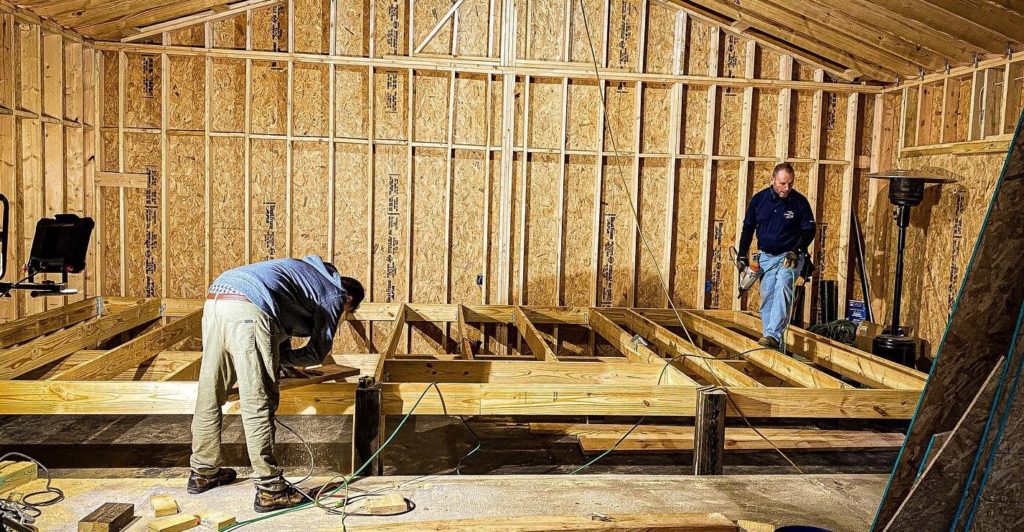 Musicians and music fans in Kentuckiana will have yet another indoor space for live shows, starting this week.

Colin LaMure, music coordinator at The Grain Haus and bassist in the band Villa Mure, told LEO that the new performance space is an add-on to the side of The Grain Haus that faces the Enchanted Forest, which nearly doubles the size of the room at The Grain Haus where bands used to play.

The room will be able to accommodate 100 people.

LaMure said that the new stage will be great for performers and audience members in a way that the Grain Haus hadn’t been before.

“It’s a really cool, intimate, small-rock-show kind of size, which is a particular venue dynamic that’s close to my heart,” said LaMure. “It will be in no way a direct match to the Enchanted Forest, but I think it’s cool in its difference.”

In November, the Enchanted Forest had to close for the season, and LaMure and Grain Haus owner Brian Hampton considered a few options for keeping live music going through the winter: purchasing an indoor music venue “off-campus” or creating a new building altogether.

Adding onto The Grain Haus instead, though, was, “Our most practical option.”

One of their motives for creating a new stage was that some bands had technical or physical requirements that The Grain Haus couldn’t accommodate. Even LaMure’s own band wouldn’t have been able to play there, he said –– their drummer would have been squished into a corner and would’ve had to tone down his playing.

Now, though, the new stage will allow for “considerably high-volume” concerts –– literally and figuratively. LaMure is looking to bring in more local and touring bands for “some loud, powerful shows.”

Now, he said, “We have the technical capability to give every band what they want, from the heavy jam bands to the bluegrass trios. We don’t want anybody to be limited in their capability of performing on our stage.”

When LaMure and I spoke on Tuesday, we both recalled a show at Enchanted Forest last August that was very quickly cancelled due to a long, intense thunderstorm. Since the new stage is indoors and year-round, seasonal weather is less of a concern.

Still, LaMure is considering the possibility of using the outdoor and indoor stages jointly at this year’s Brouhaha Festival –– that is, a band on one stage will finish their set, and a band on the other stage will already be set up and ready to go.

Tomorrow night, from 8-10 p.m., the Louisville-based Americana group Mama Said String Band will play the first show on the new stage. Tickets are $5 at the door, and the show is 21 and up. Doors open at 7 p.m.

LaMure said there’ll still be some trial and error now that the space is open; in fact, they’re finishing construction today.

Still, he’s looking forward to the bands and fans that the new stage will bring.

“I’m excited about it, and I want as many people [as possible] to come out and see what kind of mark we’re putting on the music scene over here,” he said. “It’s really exciting, because this is something that Southern Indiana hasn’t had.”