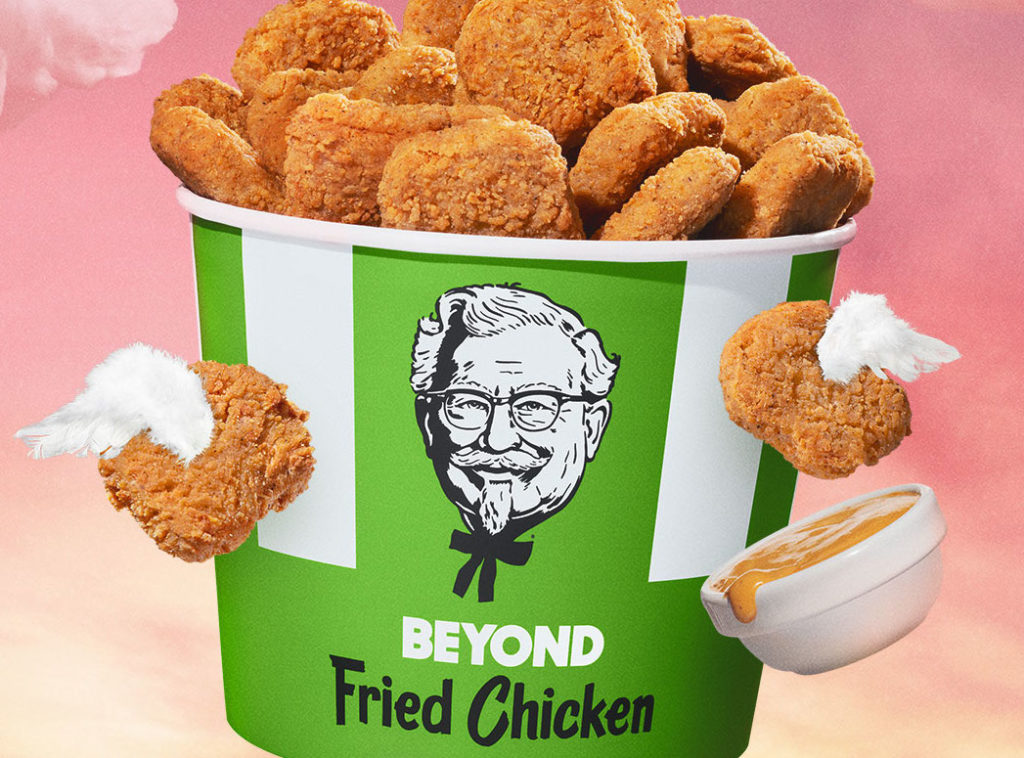 KFC's Beyond chicken will be available while supplies last.Photo courtesy of Beyond Meat.

In the last few years, food brands have been making their respective forays into plant-based fake meat, and now, KFC joins them, at least for a time.

Starting on Monday, Jan. 10, KFC will offer Beyond Fried Chicken in its U.S. restaurants. The offer, branded as a “The Kentucky-Fried Miracle,” will run as long as supplies last.

You’ll be able to order it as a combo meal with fries and a medium drink or à la carte. Prices will start at $6.99.

That said, a statement from the company says that the Beyond Meat products will not be “prepared in vegan/vegetarian manner.” Presumably, this means that they’ll be cooked in the same fryers as KFC’s regular meat-based products, according to a CNBC article about the product’s debut.

In 2019, the brand tested a Beyond Meat offering in Atlanta, which they said was a resounding success. Follow-up test runs in Nashville, Charlotte, and Southern California confirmed customer interest in a plant-based option.

In a press release, Kevin Hochman, president of KFC U.S., said, “The mission from day one was simple – make the world-famous Kentucky Fried Chicken from plants. And now over two years later we can say, ‘mission accomplished.'”

Liza Koshy, known for her wacky YouTube antics, will be the spokesperson for the new campaign.