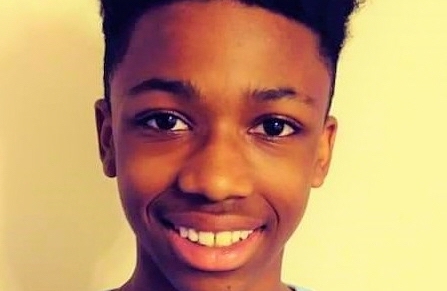 Two juveniles have been arrested in connection to the September shooting that killed 16-year-old Eastern High School student Tyree Smith as he waited for his school bus, Louisville Metro Police said Thursday.

Speaking at Metro Hall alongside LMPD Chief Erika Shields and Louisville Mayor Greg Fischer, Lt. Donnie Burbrink said two 16-year-old suspects were arrested in the case yesterday, but that because they are juveniles, few details can be provided. He said “multiple charges” were placed on the two juveniles arrested “to include complicity to murder, complicity to assault first and complicity to assault second.”

Burbrink also said the two suspects were JCPS students but added that he would not answer any questions regarding any information shared by the school district’s security staff.

While arrests have been made, Burbrink said investigations into Smith’s killing would continue.

Smith was shot as he waited for his school bus at Dr. W.J. Hodge and Chestnut streets in West Louisville at about 6:30 a.m. on Sept. 22. Two other students were injured in the shooting.

On Thursday, Chief Shields said that the ATF and FBI assisted in the case. In brief remarks, Shields said Louisville had to do better and addressed Smith’s family.

“We should not be standing here today. And we simply must do better as a community,” she said. “To the family of Tyree Smith: I’m sorry we’re here, but hopefully in some small way the arrest of your son’s murderers will bring you a morsel of relief.”