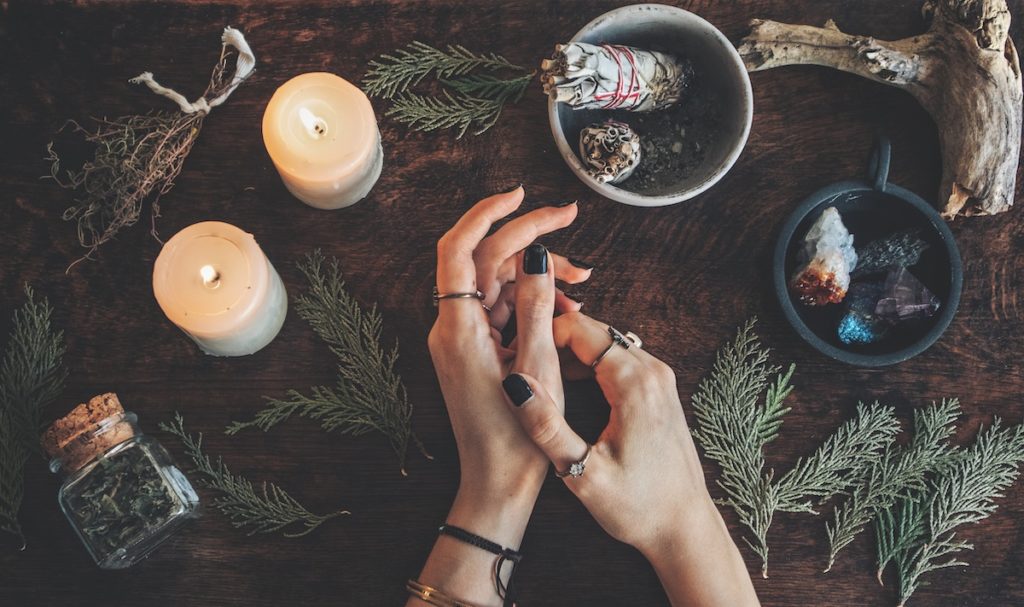 Celebrate the Solstice with a meditation at Unity of East Louisville

Lots of people are cursing U.S. Sen. Joe Manchin right now. But a group of witches apparently want to actually place a curse on the Democratic West Virginia lawmaker.

They’re calling for fellow witches to gather at The Witches’ Tree in Old Louisville tonight for a solstice ceremony in opposition to Manchin.

But why do activists in Kentucky want to curse an out-of-state lawmaker? Manchin is a key vote in getting President Joe Biden’s $2.2 trillion social spending bill passed. The Build Back Better Act contains money for child care subsidies, fighting climate change and lowering the cost of prescription drugs, among other things. But Manchin said on Sunday that he doesn’t plan to support it.

Local author David Dominé, who tells the tale on his Victorian Ghost Walks, said he was contacted by a witch named Joyce to promote the event. He sent it to the Witches’ Tree Facebook page, which he says is also run by local witches.

The invitation calls for fellow witches to arrive at the tree, located at the corner of Park Avenue and Sixth streets, at 7 p.m., wearing “Casual Witch” dress, aka, a cape with a hood. They must bring a lantern and a sprig of evergreen.

From 7 to 8 p.m., they’re asked to walk around the tree, chanting their personal curse.

Witches are also encouraged to attend a social gathering beforehand from 6 to 7 p.m. at Mag Bar. “Brew always makes for better curses,” the Facebook post reads.