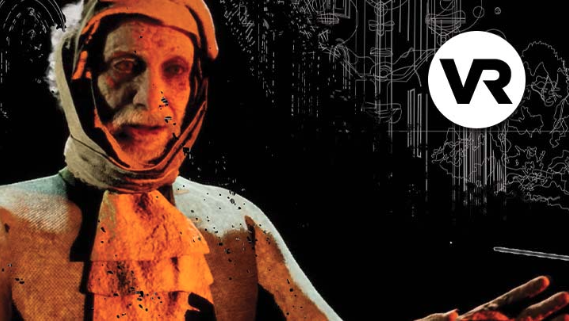 With "A Christmas Carol: Scrooge's Ghost Encounter Live in VR," you'll be emerged in a haunted dreamscape.Photo via Actors Theatre of Louisville

Humans excel at telling the same stories in different ways, and Actors Theatre of Louisville is putting a technological twist on a Christmas classic with “A Christmas Carol: Scrooge’s Ghost Encounter Live In VR.”

The virtual reality experience on Dec. 15 and 18 will combine “a live, Dickensian recital with motion-capture technology in a haunted dreamscape filled with phantoms, spirits and specters.” The show was adapted and directed by Robert Barry Fleming in collaboration with Agile Lens and Heaven.

The performances are available through the Oculus Quest VR headset, with tickets running for $5.99 each. Instructions on how to download the app needed for the performances will be sent to ticket holders after purchase.  Buy those tickets here.

Tickets to an in-person, mixed-reality version of the show, “A Christmas Carol: Ghost Story,” held at the Bingham Theater, appear to be sold out.

Actors Theatre is also offering a recording of a radio play version of “A Christmas Carol.” Streaming tickets start at $10 for the general public.