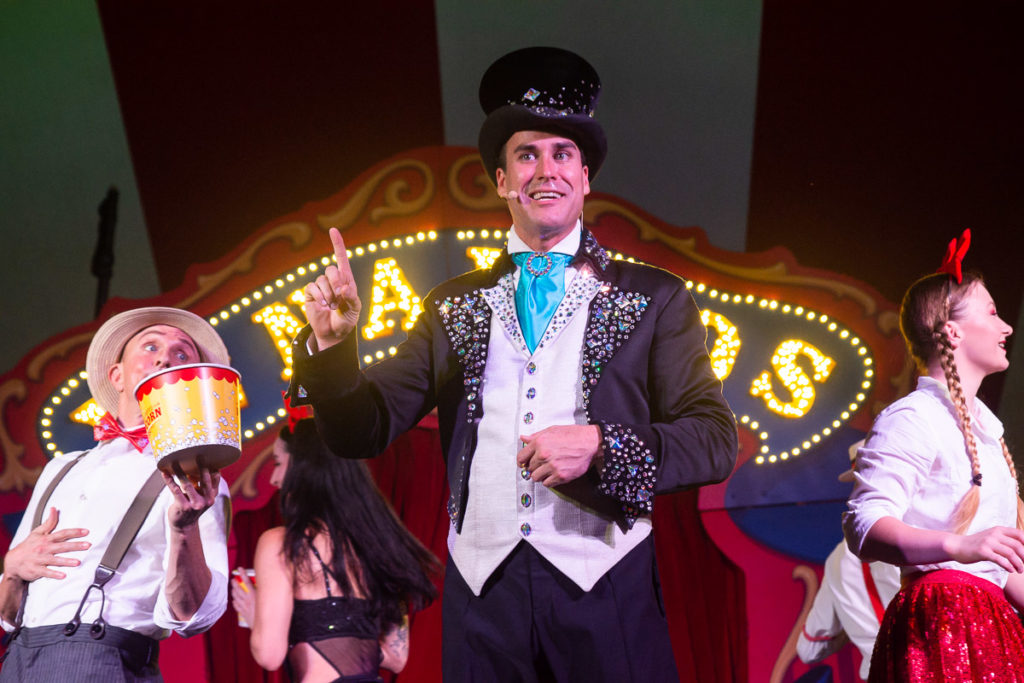 Venardos Circus, which uses no animals and relies on Broadway-style theatrics, is returning to Louisville’s Waterfront Park from Dec. 2-12, and has had a resilient journey along the way.

Seven years ago, Kevin Venardos started with a small group of performers and a dream to make a circus with a vision towards the future.

After a few years of ups and downs, Venardos realized that there were other places than just the world of corporate events and state fairs to stake down their tent. There were communities that had people who wanted to come to an animal-free circus to laugh and be entertained, including Louisville in September 2019. The group traveled around the country, building a reputation for themselves as a class act that earned its right to entertain. There was a lot of momentum through 2019 for the growing circus with entertainers from all over the globe coming together to become the little show that could.

A few months into 2020, the group found themselves in Richmond, Texas setting up their tent as the whole world found out that COVID-19 was going to shut everything down. Some performers left to go their own way as the March shutdown turned into April and then into May, but many stayed on to do what entertainers did during the pandemic — pivot to a livestream show to keep busy and keep their talents sharp.

“We had planted seeds of love with communities across the country and then they could participate in our journey through this difficult time with us,” Venardos said. “Just being out there in the market we got discovered by Google… they have groups all over the world and budgets (for events). We ended up making a dozen full-on productions of the circus that were live-streamed to special Google audiences. This was one of the things that supported us at that time.”

This helped keep the dream alive, but also showed the staying power of this circus.

“We’re not going to hide in our shells anymore,” Venardos said. “We’re gonna get out there and do this thing. We’re gonna make it happen. It’s not about if we’re gonna do it, it’s how we’re going to do it. We will do it.”

This group came together for a common goal and that goal was to entertain those same communities that they planted seeds in. This has been met by challenges of COVID-19 safety for performers and audiences alike.

“We’ve been in so many different places across the country where restrictions exist that don’t exist in other places,” Venardos said. “We don’t have any rules. We just follow the [rules] wherever we’ve gone to respect the local community and the way they want to do things.”

This included managing and changing capacity inside the tent to keep a social distance, but also keep the feeling of the show as high energy as possible.

Safety concerns, livestreams and personnel changes has led to a desire to shake up the show for a new audience experience.

“I really like creating new opportunities for different people,” Venardos said. “I think the audience deserves to have a fresh show and I want to make it exciting for them… You can go back to the circus if you’ve seen it before and it’ll be a totally new show — hopefully still deliver the same quality with the thrills and chills, yes, but the heart, the heart is the mark of the Venardos Circus.”

At the end of the day, Venardos hopes the audience gets a message of, “A small group of people working together to make something excellent and the fact is that we are all different. All the circus performers are different. Not from the people in the audience. We’re actually just like Louisville! We look different. We come from different places. We speak different languages but we want it to work so we find a way to do it together.”

The Venardos Circus will be performing at the Big Four Lawn Dec. 2-12. Tickets and information can be found here.