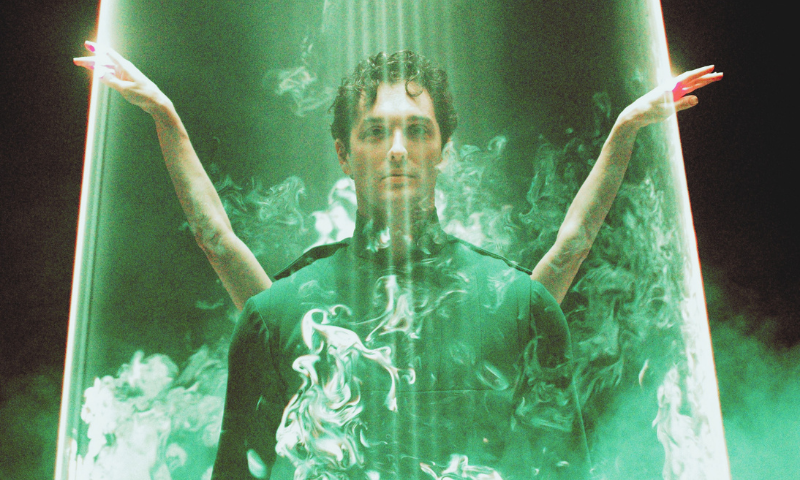 Over the last year, so many organizations had to close their stages and find other ways to present their works. The Louisville Ballet was one of those. It spent the last year producing digital works and offering its shows via film in collaboration with Kertis Creative and others. However, the time of the virtual performance is coming to a conclusion as the Louisville Ballet returns to the stage at the beautiful Brown Theatre for a reimagining of the classic “Swan Lake.” The show will run from Nov. 11-13 and is the first production of the ballet’s 70th anniversary season. Also making this performance different is that it will be the last for Principal Company Dancer Erica De La O.

For the new production of “Swan Lake,” Artistic Director Robert Curran worked with Ryan Daly and Garrett Crabtree of Lapis Laser Display on a digital, laser-based set. From a press release: “Although the choreography stays true to the original, the lights act as an extension of the dancers themselves, creating scenes with laser motion, and setting a stage unlike anything traditionally seen in ballet theatre.”

Curran says of the production, “For decades, lasers have been a symbol of the future and of science fiction. When we first developed the concept for our version of ‘Swan Lake,’ we couldn’t resist the idea of marrying these elements with the timeless classic.”

The Louisville Ballet also worked with costume designer and the wife of Daly, Tiffany Woodward on the costuming for the show. The collaboration hoped to expand upon the ideas of light and dark by expanding the palette of the leotards and tutus worn by the dancers. The dancers will be clothed in costumes that more closely match their range of skin tones. The ballet hopes this will be seen as a way to push back on “problematic aspects of the original production which was expected to be physically homogeneous.”

In addition to the return to the stage, this performance will mark the last performance of De La O who joined the Louisville Ballet in 2003 and danced hundreds of performances as the lead for the company. De La O is a native of East Los Angeles and her many roles as a Latina dancer in the spotlight of a major ballet company has been a beacon for many girls like her who didn’t believe that dance had a place for them. While she will leave the stage and her toe shoes, she will continue to work in and around Louisville as a teacher and currently, as an artistic director with the Salt Creek Ballet in Westmont, Illinois, a suburb of Chicago. So keep your eyes peeled for what’s coming next.

“I’m really inspired by what I can do in these positions, like, especially in underserved areas and so forth,” said De La O.  “And I want to keep close ties with Louisville because I have a project that’s ongoing, basically like last year, I brought in 50 families to see ‘The Nutcracker’ for like $5, $10 each. And so I have a project and I’d want to build an endowment to continue to do that. I’m invested in Louisville.”

Be assured that the Louisville Ballet supports the safety COVID policies of the Kentucky Performing Arts venues and asks that patrons are prepared to share their IDs and COVID vaccine cards. It is an important part of protecting the audience and the dancers on the stage.

From the release: Tickets are also on sale for the holiday must-see, The Brown-Forman Nutcracker. With choreography by Val Caniparoli and music by Pyotr Ilyich Tchaikovsky, The Nutcracker tells the classic story of Marie, her Nutcracker Prince, and their journey to the world of the Sugar Plum Fairy. Filled with magic, artistry, awe-inspiring sets, and costumes, and distinctly Louisville touches, The Brown-Forman Nutcracker will be performed at The Kentucky Center for the Performing Arts from December 11th – 23rd.