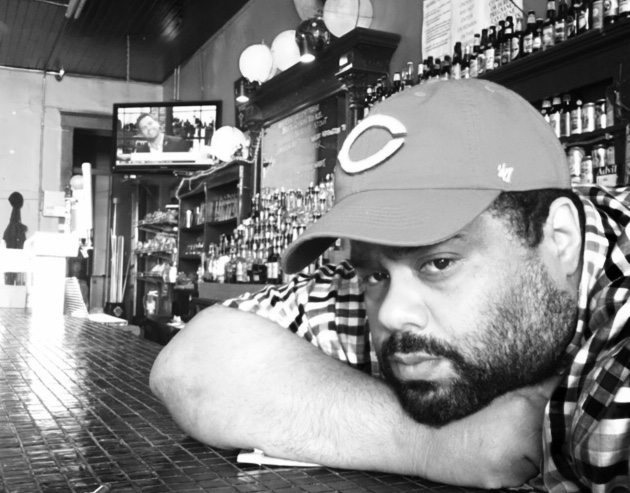 Alex Cosby’s life was defined by art and friendship, and that was reflected in the bar he owned, Seidenfaden’s — on the border of Paristown and Germantown.

The 54-year-old died suddenly on Sept. 3, and last week, American Turners was filled with those who knew Cosby for a celebration of life.

Usually, at a gathering for someone who has died, old cliches are used, like “to know them was to love them.” In Cosby’s case, all the maudlin phrases are true, said Matthew Whitaker, a friend of Cosby’s for almost 40 years.

“The stuff you say is actually the way it was,” he said, “which is kind of rare.”

Cosby took over Seidenfaden’s in 2011, a bar that had been open since 1921, started by a local family. Throughout his 10 years of owning the business, Cosby and his employees made the small public house a home for many types of people: bikers who joined the Seidenfaden’s Ridenfaden cycling club, horror lovers who pledged their allegiance to the Louisville Gore Club, music buffs who came for the dance parties and rock and rock roll documentary showings.

Seidenfaden’s is currently closed, and the future of the bar is not set. But, under Cosby, “He made everybody that considered themselves different or an outsider feel comfortable and welcome in his space,” said Kim Sorise, who used to DJ at the bar.

Cosby was from New Castle, Indiana. He didn’t have much, financially, growing up, according to Whitaker. But, what he never wanted for was charisma.

His friend Evan Patterson said, “Alex was as charming and as lovable as they come. He had an excitement in his eyes that would undeniably draw anyone in to his tractor beam of love. He had a hug that was sincere with warmth and care.”

Even though Cosby wasn’t from Louisville, he was accepted as a local after he moved there in the ‘90s, a tough feat in a town where, when people ask you what school you went to, they mean high school, not college.

“The fact that, you know, a transplant would be completely embraced in the way that he was is, you know, it’s very, it speaks to the kind of person that he was,” said Sara Lund, another longtime friend of Cosby who met him when he lived in Bloomington, Indiana, in the ‘80s and ‘90s.

That “kind of person” was someone who was funny, compassionate, with “the kindest laughter,” according to Sorise. He was smart, too, having studied engineering in college.

Cosby also grappled with health issues, said Lund, but that didn’t stop him from looking outside of himself.

“I think for people in Louisville and in Bloomington, there are a lot of people for whom he was kind of like the last person holding out a hand when they were at their lowest, you know,” she said. “And I think there are a lot of people who kind of credit him for saving their lives at different different times by helping out, you know, just emotionally and often financially.”

Cosby held onto his friendships. Many of the people he tied himself to as a young adult remained in his circle until the end, even if they were separated by thousands of miles, as in Lund’s case.

Cosby met many of his friends through his creative pursuits. He was a visual artist and a musician, having played in several bands in Indiana, including Hate Trip, Eleneki, Blone and Cake, according to Whitaker.

Cosby’s music tastes were both wide-ranging and particular. He enjoyed bluegrass, old school brass, hip-hop, jazz and underground music like no wave, a short-lived avant-garde genre.

But, almost as important was the music he didn’t like, said Lund.

Cosby collected records, too. He and his fiancé, Sharon Sayger, were pickers, said Whitaker, and Cosby would sell his curated finds at her vintage store, Acorn Apparel.

In a Facebook post, Seidenfaden’s building owner, Jimmy Heck, recalled all of the caretakers of the bar over the years: Its founder, Charles Seidenfaden; a third-generation descendant, Kenny Seidenfaden and his brother-in-law Jim King; Heck and his father; and then Cosby. All brought something different to the “131-year-old stack of bricks.”

“Alex did a great job with Seidenfaden’s and found his way through many instances that I could not,” wrote Heck. “He kept this wonderful tradition alive and truly illuminated it with his presence. He will be greatly missed, and I can only hope that whatever becomes of this place in the future, that Charles, Jim & Kenny, Dad, and Alex will be proud of it.”