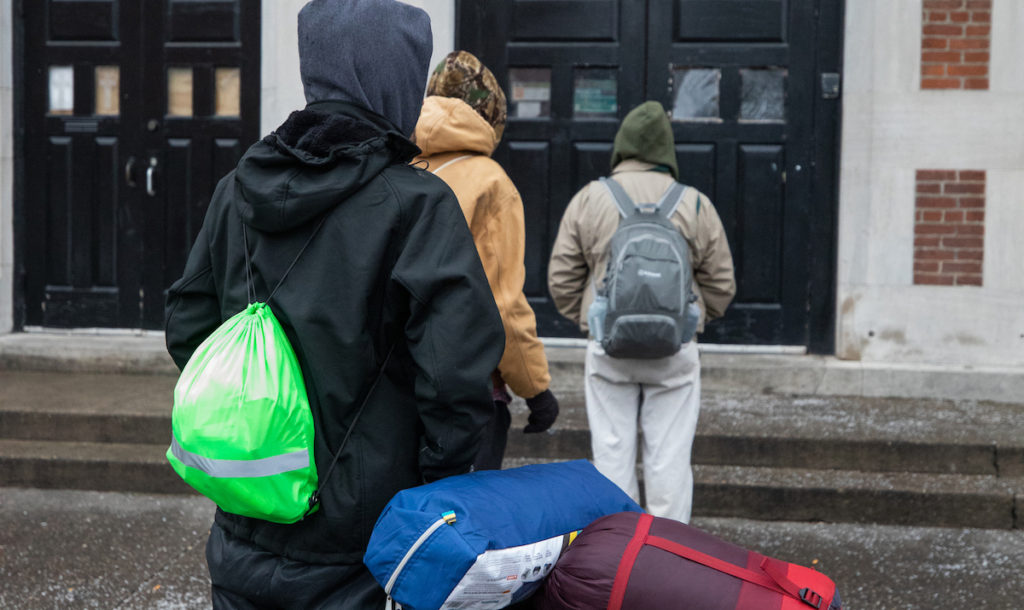 Metro Louisville is set to clear another homeless encampment this week, while the opening of a city-sanctioned “safe outdoor space” is still at least a month away.

The city posted a 24-hour clearing notice today for an encampment located next to the I-65 North Jefferson Street off ramp. The city is giving the 15 to 23 residents who live there 72 hours to leave.

This is the second homeless camp that the city will have cleared in November. And, it comes  after the city cleared its largest concentration of houseless people over a month ago.

All of the cleared camps have been on Kentucky Transportation Cabinet property and were cleared for health and safety reasons in accordance with a memorandum of understanding between the city and the state.

The city has started working on opening its own camp. The original target for opening was mid November. Now, it’s mid December, according to Louisville’s Homeless Communications Coordinator Julie Dake.

The delay, according to Dake, is to give panelists “ample time” to review applications for organizations who have applied to manage the camp.

“They’re really trying to be thorough about it,” she said.