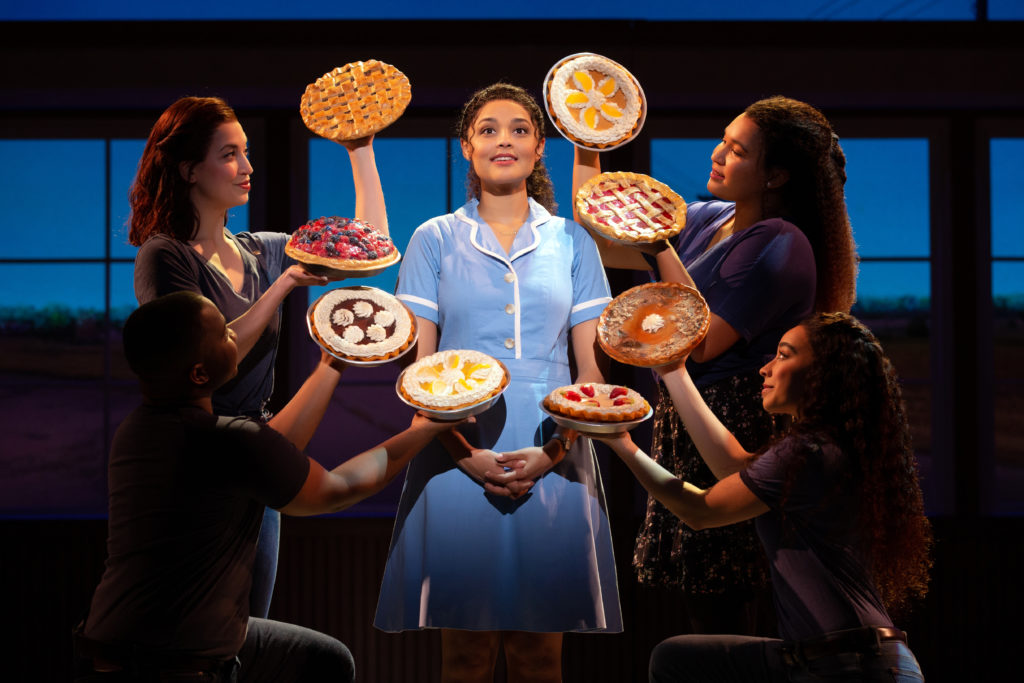 Jisel Soleil Ayon thought of theater as a hobby until college.

Jenna is a waitress and an expert at the art of pies. She is dreaming about a way out of her small town and bad marriage. As Jenna goes through her days, her pies reflect her troubles. Then Jenna enters a baking contest and meets someone new. Soon Jenna sees a chance for her life that wasn’t there before.

Opening Tuesday, Nov. 9, The Broadway production of “Waitress” comes to the Kentucky Center. It’s the first touring Broadway show that the venue has hosted since the pandemic began.  Actress Jisel Soleil Ayon will play the lead role of Jenna. LEO caught up with Ayon to discuss her role and how she feels about being the first African American to play the iconic pie maker.

LEO: How did you start your acting career?
Jisel Soleil Ayon: I wouldn’t say I got into it, necessarily, really young — theater specifically. I wasn’t one of those people who was in, you know, community theater shows at six years old, but I did sing my whole life. I was in choir from the age of four on through elementary school, middle school, high school. I was always in choir and singing. And, then I didn’t start dancing until I joined the dance class in my high school. And I ended up being on the high school dance team. And I did theater in middle school, like I did shows because if you were in choir, you were automatically in the musical.

So it wasn’t your career choice?
It was always like a hobby. I never thought.. I never considered doing it for a career because I was like a rational kid. And I was like, ‘I like to buy things and buying things takes money. I’m not going to have a lot of money if I do this as a career.’ And so, I decided to go into speech pathology, and I was gonna be a speech therapist. Two years into school for that — I’m making this long elaborate story very short— but two years into that, I realized that I don’t care about speech pathology as a career for myself.

What happened next?
I confided in a friend and mentor who had directed me in two shows at that theater at that university because I was just doing the shows on the side and she was like,’I don’t know what you’re doing. I can count on one hand, the amount of people I’ve told you shouldn’t be doing this, and you are one of them and I really think that you can do it.’ Um, that was like the push that I needed. That was the faith that I needed and, like, the sign that I could do it for a career. Before it was just, I knew that I was always a big fish in a small pond in high school. And so I was like, ‘But what makes me think that I can.. I am a big fish in a small pond. What makes me think I can do this?’ There are so many people out there who are talented and who are trying to do this. I just took the leap and transferred schools, and I decided to do it. I have never looked back. It was the best decision.

[Ayon is the first African American to play the role of Jenna. This is also her first major lead role in a production of this scale.]

Talk about the role of Jenna.
So playing a role that has nothing to do with race as a part of the plot, but has consistently normally been cast as not a woman of color is very important, on top of that, the fact that that we’re taking the show to people who wouldn’t normally see the show — you know, people who wouldn’t get to New York and see it on Broadway. And, in places that people have never seen a woman of color play a role that has nothing to do with race. So all of those things… It means so so much that I’m here and that I’m doing it, and that I’m sharing the story. I’ve already started to see the impact that I’ve had because people reach out to me on social media, and they’ll thank me.

The Louisville run of Waitress starts on Tuesday, Nov. 9 at the Kentucky Center. Music for the musical was composed by artist Sara Bareilles. Buy tickets here.