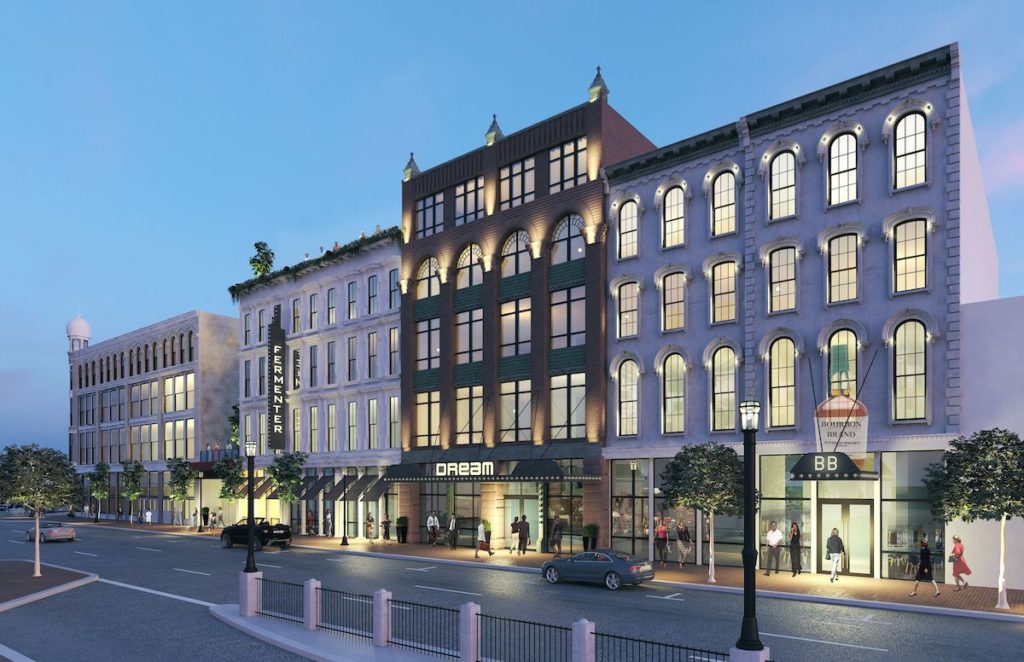 A rendering of the proposed project. Photo courtesy of Dream Hotel Group

Seven buildings along Main Street are to become one 168-room hotel with a “cosmopolitan atmosphere.”

Dream Hotel Group is opening a concept at 811-823 West Main St., where the Tapp Leather & Co. Building was erected in 1888, near the Frazier History Museum.

Plans for the hotel, set to open in 2025, include four original food and beverage concepts (one of which will be a signature restaurant), a rooftop lounge and 10,000-square feet of private meeting and event space, according to a press release.

There are 16 Dream hotels across the U.S. and the world, and the company says that it tailors its buildings to their locale.

Chief Development Officer of Dream Hotel Group David Kuperberg said in a statement that he wants the hotel to become “a focal point of the neighborhood and the city of Louisville as a whole.”