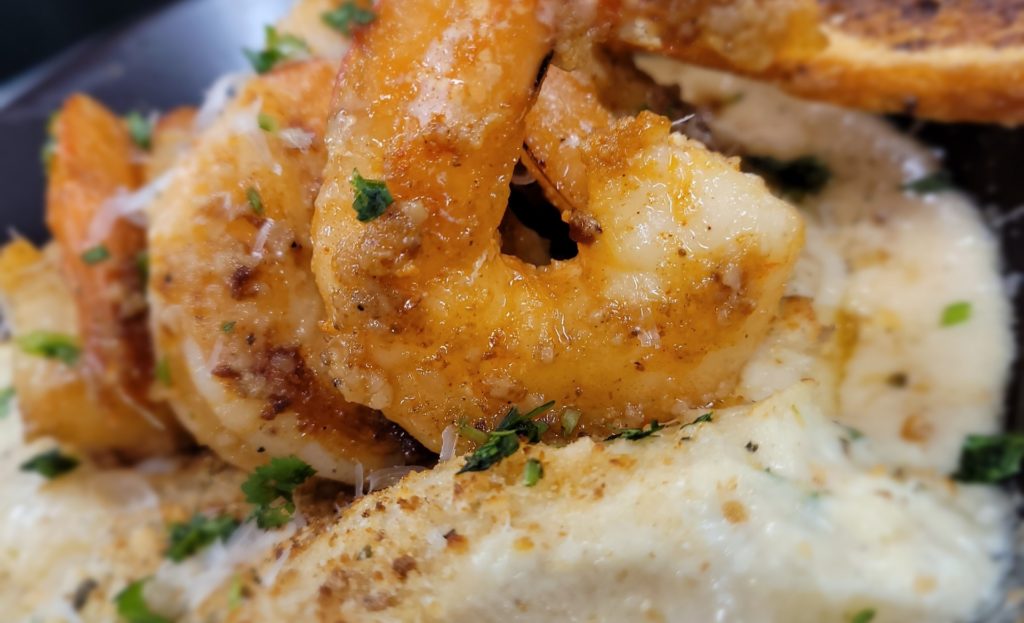 This Russell venture at 1219 W. Jefferson St. is Ferguson’s first restaurant in The West End — the result of a campaign from residents and community leaders to get him there. As a “Food Network” competition winner with a successful restaurant in The Highlands called SuperChefs, Darnell Ferguson is a name that will draw hungry Louisvillians from all over the city.

Upon looking at the data from the area, several things became clear to Ferguson, who himself comes from a part of Columbus, Ohio, much like The West End: There were enough people, wealth and demand in the area to sustain another restaurant, and those people wanted seafood.

So, with the blessing of The Seafood Lady, Ferguson went to work creating a menu that incorporated his favorite cuisine without copying what the Black-, woman-owned restaurant is already doing in Louisville.

“I wanted to give people, not just the crab legs version of seafood,” said Ferguson. “I wanted to attach items, menu items with fun creative flavors.”

There’s also a $50 plate of six, 24k Wings on the menu, finished with real, 24 karat gold. Ferguson hopes to attract visiting celebrities with that one.

Ferguson is still serving crab legs (his favorite food) and other typical seafood items — but with different flavors of buttery drips, including Korean BBQ, lemon pepper and a signature Louisville Drip that uses a BBQ Cajun butter made with bourbon smoked paprika. (These are priced differently based on the amount of seafood you get them drizzled onto.)

There’s also a small menu of cocktails served in 20-ounce cups for $20 and a range of decadent cheesecakes ($10) — Hennessey Peach and Frosted Animal Cookie-flavored — whipped up by chef Braylin Hardin. Ferguson said he’s mentored the Louisville cheesecake crafter, which all ties into the underlying theme of the restaurant: motivation and inspiration.

“I hope that it inspires, you know, more people to say, I’ll open up a business in the West End, you know, and that’s what this is about, it’s about investing money in the West End,” he said. “And the publicity that we were able to get for this, hopefully it shines eyes and the right people see it, and they’re like ‘Hey,’ and they come down to eat at the restaurant and [are] more willing to think like, hmm, I see the big picture here.”

That mission has focused the design of the restaurant (which is located in a building that is so new, that it still appears to be an empty parking lot on Google.) With the help of Sara L-Thornton, who designed SuperChefs, Ferguson has created a hallway that teaches the history of Black chefs in America — and more art that shows the important roles that “African Americans have played in the kitchen and beyond,” according to Ferguson.

Ferguson said that Tha Drippin Crab wouldn’t have materialized without the help of Johnetta Roberts, the owner of The 40 & 1 Co., which helps attract businesses and spur real estate development in underserved communities.

CORRECTION: The name of Tha Drippin Crab’s interior designer has been updated.