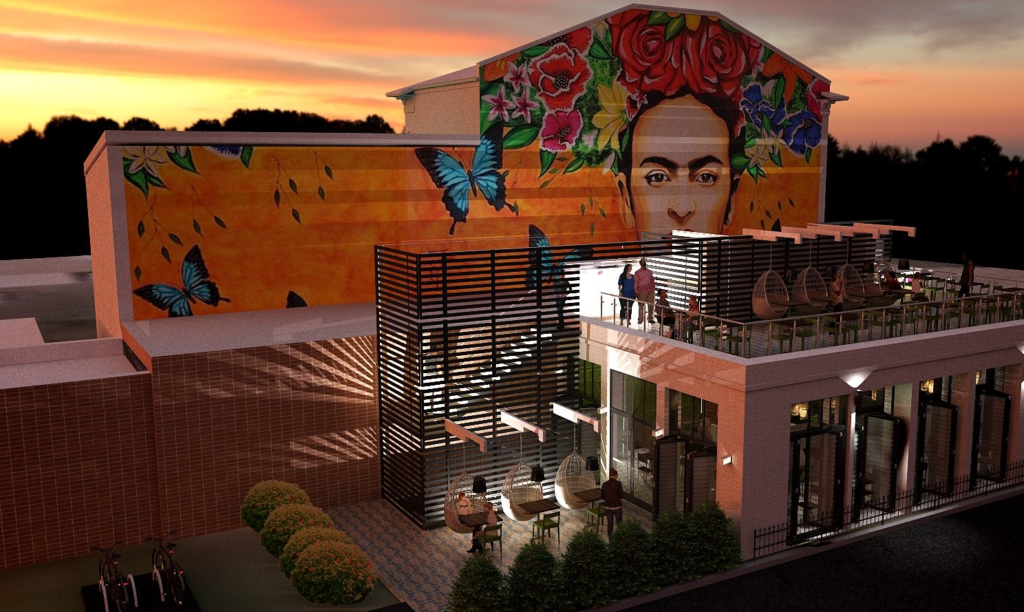 A rendering of the new Guaca Mole location in NuLu.

“[Co-owner] Yani [Martinez] and I just returned from Oaxaca where we were picking up some art for the interior and playing with some new cooking techniques,” said Fernando Martinez in a statement.  “We have had so much success in Nulu with Señora Arepa and Bodeguita de Mima. Guests can expect an experience of the same caliber. It is the space we have been waiting for.”

Renderings for the new Guaca Mole show a massive Frida Kahlo mural outside and a balcony and patio featuring hanging, egg-shaped chairs.

These chairs are also featured indoors, as well as a sugar skull motif.

“When people ask, I always say that this is my favorite of our concepts because I think we execute the menu particularly well.” said Yaniel Martinez in a statement. “With this new space in a high-visibility area, the murals, and one of the best roofdecks in the city, I think it is going to be a hot ticket.”

Here are a few renderings of the plans for the new Guaca Mole space: