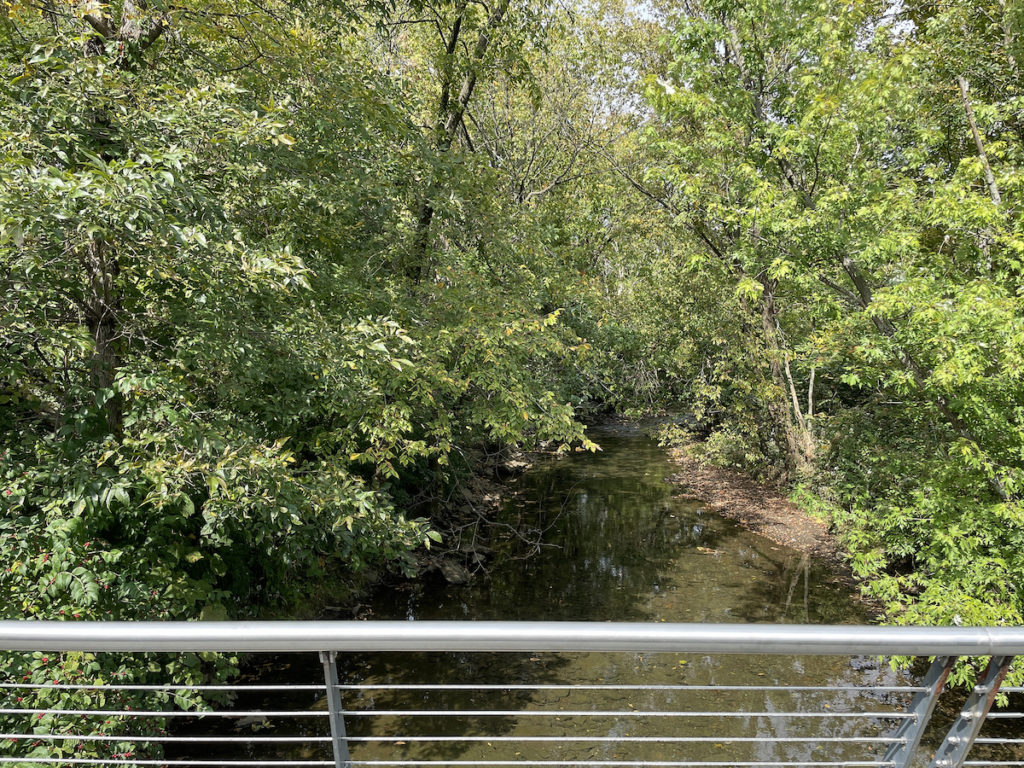 Arthur K. Draut Park
Tucked in alongside a long curve in busy Bowling Boulevard, near the St. Matthews Mall, Whole Foods and Shelbyville Road Plaza, one of the nicest small parks around lies almost out of sight of passing motorists. It’s worth a stop. Arthur K. Draut Park, a smallish (24.4 acres) St. Matthews park, is one of my favorite places to get in a quick power walk or leisurely nature stroll. Park on the long, narrow lot facing the boulevard, walk in past an antique-looking street clock and wisteria-covered pergolas, and leave those urban sights behind as you verge onto a three-fourths mile, figure-eight-shaped paved walking path that will lead you through a startling variety of environments for such a small park. You’ll cross the Middle Fork of Beargrass Creek three times on modern aluminum walking bridges as you wind through open meadows, dense forests, swamps and wetlands, patches of wildflowers, and, briefly, vistas of suburban homes and apartments on the far side of the property. A startling variety of birds, from ducks to red-winged blackbirds, make their homes here, and you’ll hear a choral fantasy of birdsong all along the way. Named after a longtime Waggener High School principal, who was later mayor of St. Matthews, Draut Park is a partner to that city’s Brown Park, a few blocks to the west along the boulevard.