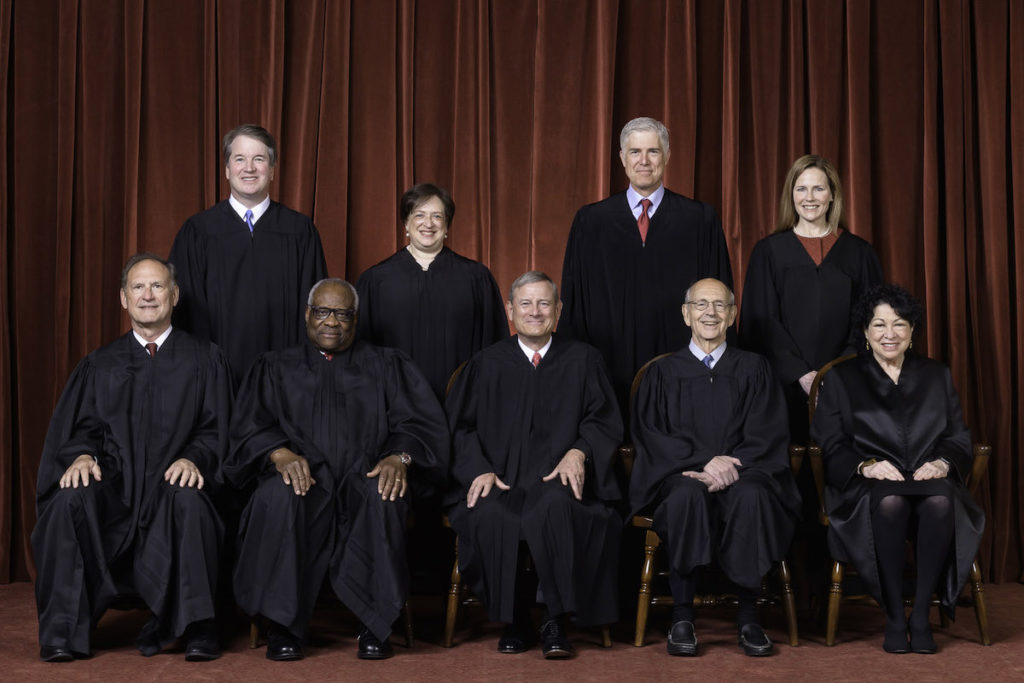 Photograph by Fred Schilling, Collection of the Supreme Court of the United States

Republicans often make a lot of noise in very public places. You know, like when there are mask mandates or vaccine requirements. Democratic voters might like to know that Supreme Court Justice Amy Coney Barrett will be coming to town this Sunday, Sept. 12 for a UofL McConnell Center celebration at the Seelbach Hotel.

The McConnell Center is turning 30 years old, and this event will recognize its anniversary with both Barrett and Senate Minority Leader Mitch McConnell in attendance. While I do think the Center has had quality programming at times, this is a guest that exemplifies the damage McConnell and the Republicans have done to the United States, particularly when it comes to the rights of women.

Yes, Amy Coney Barrett is a woman, but her stance on abortion is one that many have questioned.

In a controversial Supreme Court ruling last week, she voted to not overturn a restrictive Texas law that bans abortions after only six weeks of pregnancy, which is the strongest indication of her stance yet.

Previously, in her role as a federal appeals court judge, she voted to hear cases in Indiana where a lower court blocked the state from imposing abortion restrictions. Her allowing these cases to move forward could have had dire consequences for women’s rights in the state.

However, on the opposite end of the spectrum, she voted to uphold the need for buffer zones outside of abortion clinics.

It is difficult to know exactly where she stands, but she has discussed her faith as a devout Catholic and was appointed by Trump, who claimed he would only appoint judges that would overturn Roe vs. Wade.

If you’re interested in seeing her in person or making a little noise…ya know like the noisy minority, 4 p.m. on Sunday might be your chance.The event at the Seelbach Hotel is invitation only, but last we heard, the sidewalks around the building are open to the public.