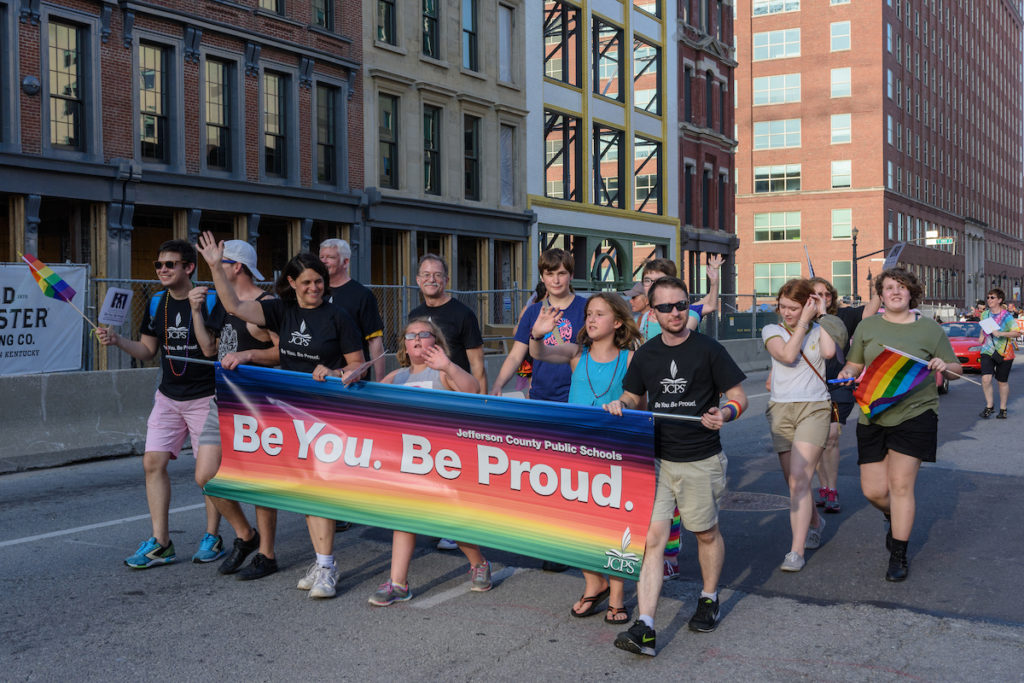 A more than 20-year-old lawsuit over LGBTQ+ issues against a religious foster and adoptive care provider that the Kentucky state government contracts with, may be over if an appeal from Sunrise Children’s Services fails.

The lawsuit was filed after a lesbian woman, Alicia Pedreira, was fired as a family specialist for Sunrise Children’s Services after a photo of her and her life partner became public. The settlement does not stop these cases of discrimination, but it would protect Kentucky children in residential child care and foster care from being discriminated against because of their sexual orientation or gender identity.

Chris Hartman, who advocates for LGBTQ+ issues as director of the Kentucky Fairness Campaign, has been following the case since its inception and has mixed feelings about the settlement.

“We would still like to see the state stop allowing Sunrise to discriminate against LGBTQ Kentuckians, but at the very least, I feel good knowing that children will no longer be proselytized to in the state’s care, and that LGBTQ children, hopefully will be respected, and that this settlement will ensure that they are not subjected to conversion therapy, or other anti LGBTQ harms on the state’s dollar,” he said.

Parts of the settlement are contingent on being codified into new or amended state regulations, according to a news release from the Americans United for Separation of Church and State.

The settlement includes an agreement from Kentucky officials that they will take steps to ensure children are not subjected to religious proselytization, coercion or discrimination when they’re placed by the state with taxpayer-funded, residential child care providers.

The state will inform children and, if available, their parents, of the religious affiliation of the proposed residential child care facility or foster home. If the children or parents object, the state will try to find an alternative placement. In addition, children must provide consent before any religious items are displayed in rooms, and religious materials may only be provided to children who request them.

Sunrise Children Service is affiliated with the Kentucky Baptist Convention.

In a statement, Corey Shapiro, the legal director of the ACLU of Kentucky said, “This settlement is a great outcome for Kentucky’s foster children and for religious freedom. It requires Kentucky to work to protect vulnerable foster children from discrimination and unwanted religious coercion.”

Hartman said he believes the state will not go further in trying to make sure that Sunrise does not discriminate against LGBTQ+ individuals like Pedreira who want to work for the organization. The Kentucky government attempted to prevent Sunrise from discrimination based on sexual orientation and gender identity by saying that no private agency providing foster and adoptive services in the state could do so.

But then the Supreme Court ruled earlier this year that the city of Philadelphia could not reject a contract with a private children’s agency that rejected same-sex foster and adoptive parent couples. The Kentucky state government dropped its hard stance against Sunrise and agreed that the organization could refer LGBTQ+ “service” applicants to other agencies.

Kentucky’s Cabinet for Health and Family Services has yet to reply to a request from LEO for comment.