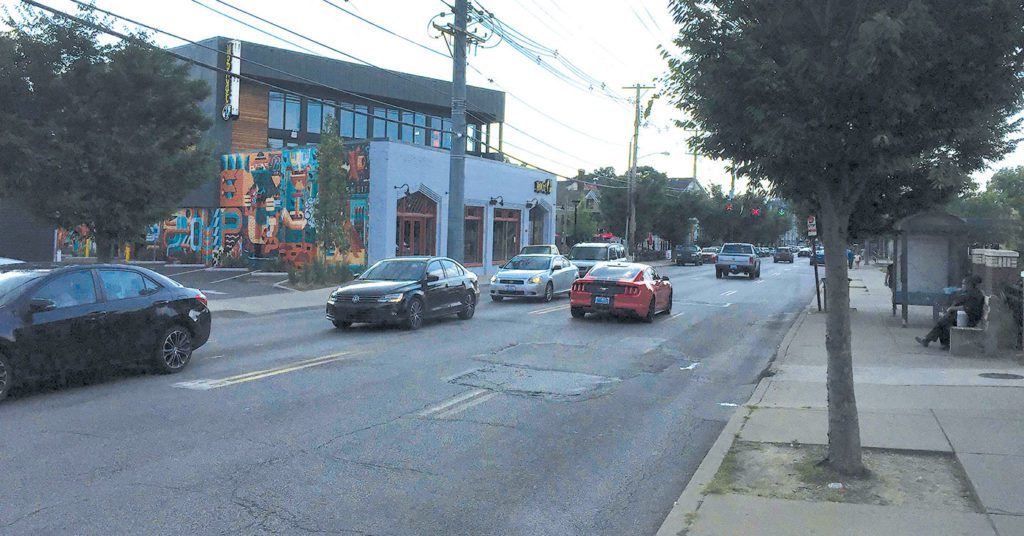 A heavily-concentrated area of bars on Bardstown Road has seen an uptick in violence lately, leaving business owners and a local politician searching for solutions.

Last Friday, Cassie Chambers Armstrong, the city councilperson for the area, in partnership with the Highland Commerce Guild, invited various bar owners from the area to brainstorm ideas. Members of the LMPD and ABC were also present.

Security, more bar training, a best practices handbook, police presence and increased lighting were all discussed, but one of the more ambitious ideas from the meeting was to shut down part of Bardstown Road to cars— from just after the Broadway intersection to Grinstead — on Saturday nights, from around 8 p.m. until the bars closed at 4 a.m.. The area would be barricaded off and open to foot traffic only.

Chambers Armstrong said that since Bardstown Road’s nightlife scene is so late and dense, it’s been a challenge to control the area. She said gun violence, dangerous driving and underage drinking were all factors that sparked the conversation.

“It would be a temporary way to stop some of the cruising, make it an easy way to identify who’s underage, who’s not underage,” she said. “Basically, this would be a way to address some issues in a new and creative way that might actually create a real nice feel in the community and make it a really pleasant experience for folks wanting to come out and enjoy Bardstown Road.”

Chambers Armstrong also said, because of the surge of the pandemic, it would also benefit businesses, because the prospective plan could include relaxing alcohol laws like open containers and allowing more people to be outside.

“That is something I was thinking about as well,” she said. “With COVID cases being so high and, with a lot of people, rightfully, being really cautious about going indoors, particularly if you are eating or drinking, you have to remove your mask to be able to do that. Opposed to packing everyone into the bars, if people could choose to be outside, I think that would be good for business, because people might be more comfortable coming out.”

Before taking the idea any further, Chambers Armstrong wants to talk with more business owners and members of the community in the area about their thoughts, and check in with Public Works about the process of setting up the barricades. But, because Bardstown Road is a state road, it’s ultimately a state decision.

Chambers Armstrong previously proposed making bars close at 2 a.m. instead of the current 4 a.m., but she backed off after the idea after pressure mounted from the entertainment industry.

Highland Commerce Guild President Aaron Givhan said that he thought the idea to shutdown Bardstown Road on Saturday nights was feasible, because of the neighborhood’s previous experience shutting the road down during CycLOUvia — an occasional event which has ceased car traffic on Bardstown Road on Sunday afternoons.

“We already have a pattern in place for the traffic to be diverted and many of the officers have already worked on CycLOUvia, so it would be a similar concept, just at a different day and time,” Givhan said. “The hard part to me, when you get into community townhall meetings, is you get some ideas, but the biggest challenge is how do you take an idea and implement it. But we have had experience — successful experience — but it would be tweaking the CyLOUvia, and having the officers to do it.”