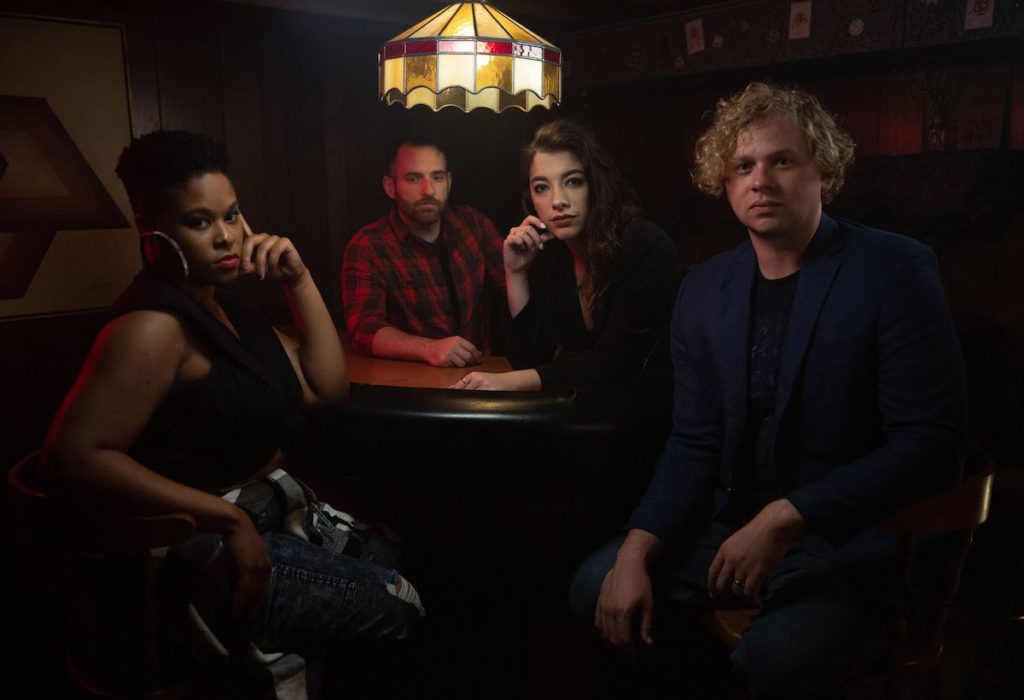 Taking its name from one of the ultimate musical theater party songs, “The Time Warp,” the Time Slip Theatre is set to make its presence known in the Louisville theater scene.

With a mission to enhance the cultural landscape of Louisville while increasing arts education accessibility to students, the Time Slip Theatre is intent on producing extraordinary and innovative theatre experiences, while also running an after-school musical theater program, with a focus on scholarships for students who would not otherwise have the opportunity to attend.

Artistic Director Remy Sisk announced the new company on July 22 at West Sixth NuLu to a crowd of more than 60 arts-minded individuals who gathered together to celebrate this exciting launch.

The first production from Time Slip will be the musical “Murder Ballad” presented by Barry Wooley Designs, running Aug. 19-29. “Murder Ballad” is a pulse-pounding rock opera that explores the dangerous intersections of love, lust, passion and murder. The story centers on Sara, who gave up her rock and roll lifestyle years ago, marrying the kindhearted Michael and, together, they are raising a daughter. After five years of motherhood, however, Sara’s restless depression and aimlessness eventually lead her to begin a salacious affair with her volatile ex, Tom. As obsession collides with rage for all the players, “Murder Ballad” barrels toward its fiery climax.

Billed as a sexy thriller, when asked to describe the show, Sisk replied with the following adjectives: salacious, seductive, sultry and dangerous. And, if that is not intriguing enough, the show is being staged in a totally non-traditional manner. A fresh and immersive theatrical experience, “Murder Ballad” will envelope the audience in the action as it takes place all around them in the bar setting of The Loft at the Biscuit Lounge, part of the new location of Barry Wooley Designs, at 120 S. 10th Street in Louisville.

Tickets are now on sale to“Murder Ballad,” which features Christina Booker, Andrew Newton-Schaftlein, Landon Sholar and Myranda Thomas, and is directed by Jaclyn Lyons. They are $22 and available at timesliptheatre.org.

Following “Murder Ballad,” Time Slip will produce “The Rocky Horror Show” at PLAY Louisville the last two weekends of October including Halloween, “Cruel Intentions: The ‘90s Musical” in January and “Once” in June. Student programming is underway and planning to launch spring 2022. Season tickets are available at timesliptheatre.org.

“We are so excited to be here and be a part of this vibrant and rich arts scene of Louisville,” said board President Michael Detmer. “Time Slip is going to do amazing things – whether it be creating exciting and engaging productions or working with students after school. There are so many great things on the horizon, and we’re exceedingly grateful for the support we’ve already received.”