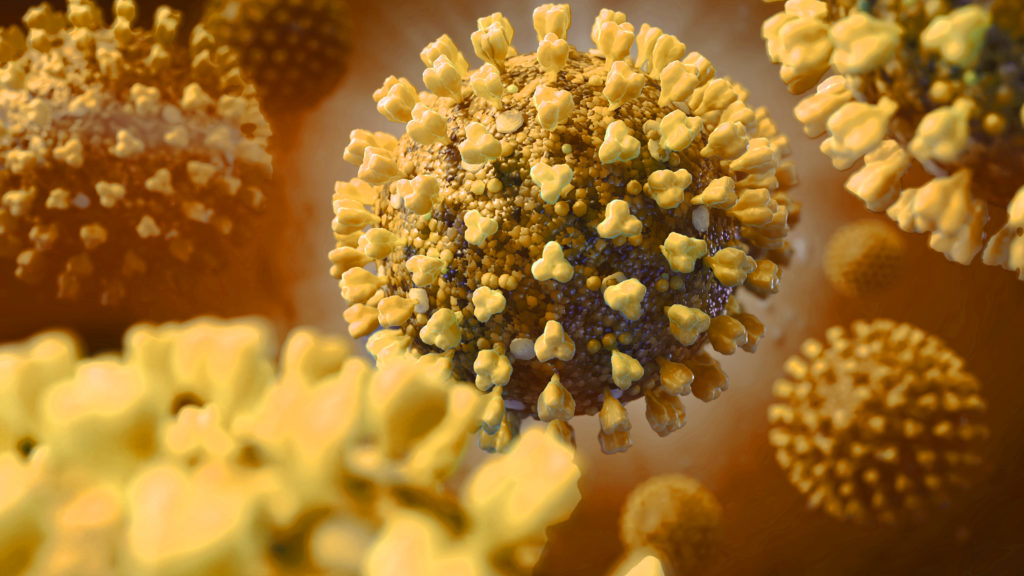 Dr. Sarah Moyer presented her evidence at the city’s weekly COVID update for the press: Last week, 25 people died from COVID in Louisville. The city is seeing a “steady upward trend” in hospitalizations, and there are currently 96 people with COVID in Louisville ICUs.

“And we know from past trends that about 75% of patients that need ICU care don’t make it,” she said.

Jefferson County is currently in “triple red,” according to Moyer, with 73 cases per 100,000 people. Almost 4,000 people have tested positive for COVID in the last week, a dramatic jump from June when the city was only reporting 157 cases per week. Louisville’s positivity rate is 12.39%. Louisville’s previous positivity peak was 14.39% in January.

Moyer said that the number of people who have received their first dose of the vaccine is “inching up” in Louisville. It’s now at 60.9%, meaning 8,400 people got vaccinated in Louisville last week.

At the update, JCPS’ manager of health Eva Stone talked about the school system’s efforts to test students. The schools provide screening testing, drive-thru testing and testing through school nurses.

So far, she said, 8,500 students and 3,300 employees are signed up for weekly COVID testing. Currently, there are 644 students and 79 staff members in the school system who have tested positive for COVID.

“Again, from a health perspective, if we can get up to at least 10% of people signed up in a building, that’s going to give us a good idea of what COVID is looking like in that facility,” said Stone, who is a nurse practitioner.

The schools’ drive-thru testing is available to JCPS families as well as students and staff.

Moyer announced that the city is changing its contact tracing method. It will now focus on those who are at most at risk, including people in the school system, day cares, factories, homeless shelters, jail and long-term care.

“Given the overwhelming case volume and the difficulty of reaching everyone now that they’re out and about, we don’t have the ability to reach everyone in a timely manner,” she said. “A lot of times we’re not even getting the reports back in a timely manner to get the people during that most infectious period during those first three days.”