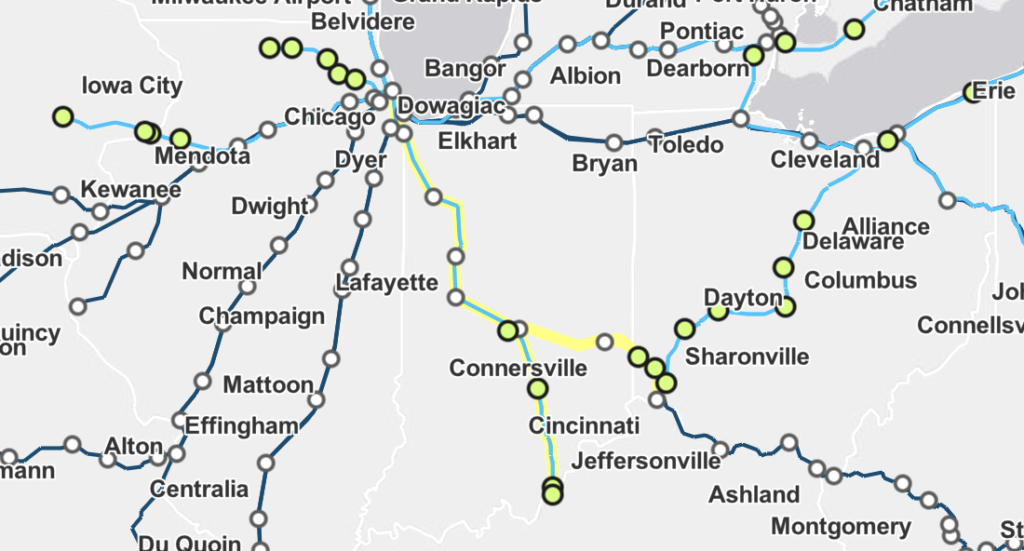 What a proposed Amtrak route from Louisville to Chicago could look like.

Could the infrastructure plan that’s making its way through the federal government mean that Louisville will see a train line that connects with other cities? We’re all holding our breath, crossing our fingers and all of the other appropriate cliches that it will happen.

Earlier this year, we saw a vision map from Amtrak that connected Louisville to its Chicago route. More recently, Amtrak has released prospective trip times for the proposed route.

Amtrak claims the Chicago to Louisville route would take 5 hours, 45 minutes, with 110 mile per hour speeds and four daily round trips.

Here are the current and proposed stops.

The company also estimates that route, plus a Chicago-Indianapolis-Cincinnati track, would generate $448 million annually.

The last time Louisville had passenger rail service was in 2003.