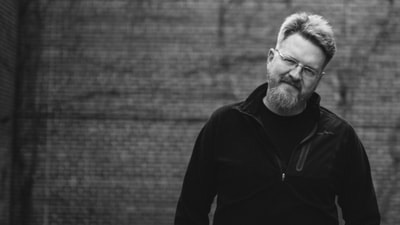 “Thirty plus years I’ve been in the coalfields, I have met so many funny people, people who make me laugh without being condescending or hateful to themselves or others.” Readers of modern Appalachian fiction owe much to those people. They’re certainly part of Robert Gipe’s inspiration to write (and draw) a fully unique trio of novels about a Kentucky countryside brimming with characters. There’s humor aplenty in “Trampoline” (from 2015), “Weedeater” (2018) and now “Pop,” as the residents of Canard County speak their minds and suffer their lots and try to make the best of strivings and mistakes.

The three “Pop” narrators sweat and dream for love and success. But they want it according to their individual visions as of 2016, a year in which many in rural America looked around and saw changes in spirit. The author shares the raw goods in crackling-but-relatable dialogue (and talk around campfires). Episodes include much whimsy, some absurdity and frequent, sad grounding in truth. Vulnerabilities and self-observations are readily revealed — and given extra dimension via Gipe’s squiggly drawings that start chapters and sometimes jump into the text suddenly. Those interruptions fit well with the general tone of the goings-on.

Dawn, a young woman of some potential force in “Weedeater,” begins this novel on the verge of being a shut-in and an internet troll. She accounts for the half-a-generation between the novels thus: “I broke when Momma, Mamaw, and Evie left me all at once. I wouldn’t let anyone in after they were gone. I encased myself in jelly. Packed myself in a mental Mentholatum.” But Dawn might awaken with all that’s happening to daughter Nicolette, including the horrors of familial assault but also some entrepreneurial good fortune.

Uncle Hubert, meanwhile, has a full range of luck with his many ventures as a tarnished pillar of the community. Dazzled by the possibility of a local on-location film shoot, he’s just one of many suddenly seeing the screenplay-worthiness of Canard County’s legacy. (The chapter where a beer-drinking crowd collectively concocts a script concept where alien drug dealers conspire with One-Percenters to turn addicts into beasts and grab the region’s remaining coal — by itself it’s worth the price of the book.)

Author Robert Gipe is coming to Carmichael’s Bookstore, joining in conversation with Ed “Nardie” White and Albert Shumake of River City Drum Corp. As part of recent email Q&A exchange with LEO, Gipe refers to White and Shumake as “two of my favorite artists, and they are one of my favorite examples of mutual aid between generations” (such generational support being one of the themes of “Pop”).

LEO: Before you entered Canard County, were you previously drawing characters that you had — or wanted to — write about?

Robert Gipe: I drew characters all the time, since I was seven or so. The difference with the folks in Canard County was the story came first, and then the drawings. Well, truth be told, they kind of emerged together. At some point, when I was stuck drafting, I’d draw Dawn and just let her picture talk…

The “movie people” coming to town just to spin stories that aren’t even close to what’s in front of their eyes — any similarity to those who spread misinformation in the 2016 election season?

One of the things I wanted to show with the movie plotline is that it isn’t necessarily about telling the “truth” — the plot line the local folk come up with is more insane than anything the outsiders would have dared — it’s that the people from outside who are trying to do the region a favor, or present things in some sympathetic light, are usually just as reductive as those coming to cast negative judgment or present some otherworldly freak show.

A motif here — scenes where people let go of things, burn them or the like, and they see people who once were valued connections but now have gone.  Did your family have rituals like that?

My mother was constantly telling me why this scrap of fabric or that nail rolling loose in the bottom of a drawer was important, how it was tied to someone I didn’t know, had never met, but was part of who I was. Holding onto things was a strategy for holding onto people. One of the things I’ve learned since I’ve been in the coalfields is that it’s hard to hang onto things when you’re hanging on for dear life. •