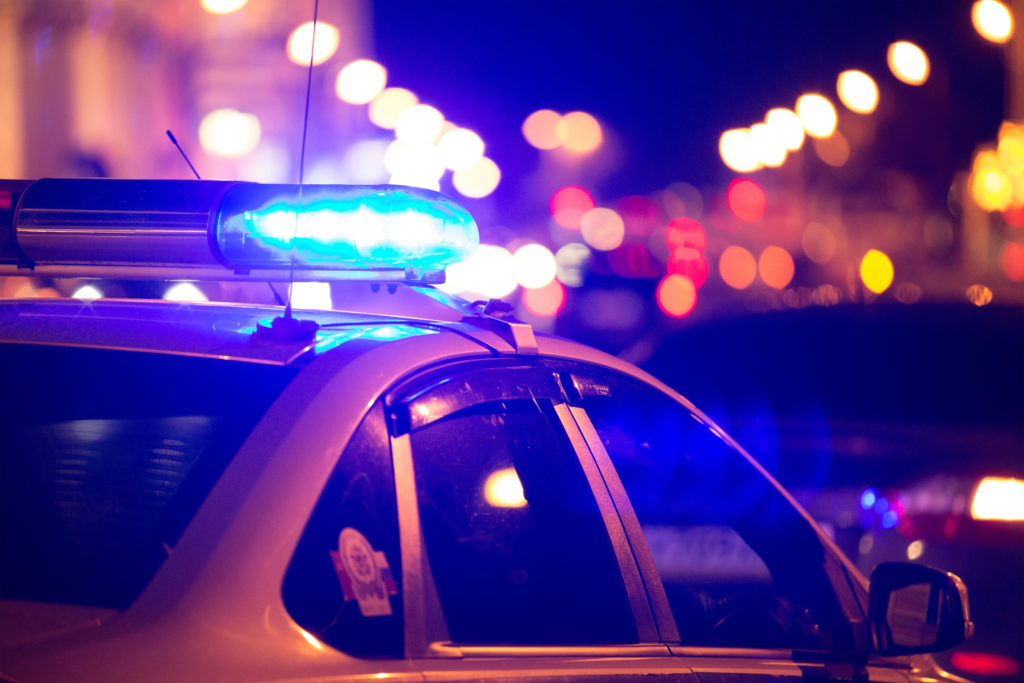 One council member said he thinks this delegitimizes it, but the city has said that law enforcement is an integral part of the strategy, which also allows police to take on a role beyond simply enforcing the law.

Mayor Greg Fischer’s budget calls for $550,000 for Group Violence Intervention, which the city started implementing on a small scale in March. It’s a three-pronged strategy to deter future violence. In it, police visit people involved in violent crime and tell them about the criminal consequences if their actions continue. Often at the same time, service providers also meet with participants to connect them with resources, as well as members of the participant’s community,  who talk to them about how violence has impacted their area.

Jecorey Arthur, a council member representing District 4, said he does not think GVI can be effective while still involving police, who the people it’s targeting don’t trust.

GVI has been shown to reduce violent crimes in several of the cities in which it’s been used, while also decreasing arrests. Louisville’s Office for Safe and Healthy Neighborhoods Director Monique Williams, said she doesn’t disagree with concerns about law enforcement being involved, but GVI will be part of a more cohesive violence prevention effort that she believes the city needs.

“So that’s why I think it’s important that we are utilizing everything used for violence prevention that we can utilize, and we’re not hinging all of everything on any one particular effort but how can we make this more cohesive,” said Williams.

Keith Talley, who is overseeing GVI for the city, said that in addition to communicating the consequences of violent crime, police involved also become part of the effort to provide assistance and support for victims.

“Part of that message is that gun violence is not acceptable, and it has to be a part of the message, but that is not the key part,” he said. “The key part is there are resources and there is help to get you out of it.”

GVI in Louisville will not be housed under OSHN, nor LMPD. Instead, it will live under the Office of Performance Improvement, which Talley said will give it some needed “objectivity.”

Metro government wants GVI to become a part of a violence prevention effort that employs two other strategies that have worked for the city in the past. All three combined are called Pivot to Peace, said Williams.

Fischer’s administration is asking Metro Council for $4.2 million to fund the Office for Safe and Healthy Neighborhoods, which will include money for community-based violence interrupters that the city has used in the past and a hospital-based initiative that it currently utilizes.

In a statement, Fischer said that Louisville’s approach to ending its spike in gun violence should be multi-faceted.

“That includes the work of LMPD, the Office for Safe & Healthy Neighborhoods, and our GVI initiative, all working with community partners in a complementary, not duplicative way,” he said. “But beyond that, we must think more broadly about how to create a safe city with fewer arrests and less incarceration for non-violent offenses, and that requires a ‘whole of government’ and ‘whole of city’ approach – focusing on six major pillars: community mobilization, intervention, prevention, enforcement, organizational change, and re-entry.”

Arthur said he supports the requested appropriation for OSHN, because it has been historically underfunded.

In 2016, the city started working with UofL hospital to provide services to gunshot and knife injury victims deemed at-risk of future violence. The next year, the city started investing in a Cure Violence strategy, which added interrupters to its effort.

No More Red Dots, a grassroots organization that started in 2015, ran two Cure Violence sites, providing mediation to people who were at the cusp of committing violent crime — often in retaliation for killings and other slights. The YMCA ran another.

Before city funding, NMRD spread its efforts across the city. Working with Metro, it concentrated on the Portland and Shawnee neighborhoods. The YMCA site was based in Russell. The hospital strategy was initially triggered when a victim of violence arrived from certain West End neighborhoods, although the city’s current website says all Jefferson County residents are eligible.

City funding of NMRD coincided with a decrease in Louisville’s homicides. In 2017, when the city first started investing in a violence interrupter model, homicides dropped from a record breaking 118 the year before to 102. In 2018, they lowered further to 80. It also coincided with an 18% decrease in shootings from September to February of 2018 in the Portland, Shawnee and Russell neighborhoods. Since 2016, Louisville’s hospital-based initiative has had a 96% success rate in preventing retalition and re-injury with its survivors.

In 2019, amid a budget shortfall, the city cut its funding to No More Red Dots, and all the violence interrupter sites closed down, but the hospital site stayed open. That year, homicides started rising again, hitting, 92. And in 2020, Louisville followed national trends and set another homicide record with 170.

If the city is able to secure funding for its violence interrupters, Williams said that Metro wants No More Red Dots to be a part of the strategy again.

The city started looking into GVI in January of 2020, when the former U.S. Attorney for the Western District of Kentucky, Russell Coleman, brought one of the creators of the GVI strategy, David Kennedy, to Louisville to meet with city officials, said Talley.

When asked why the city decided to add GVI to its violence prevention roster, Talley called GVI a “comprehensive and holistic” approach to gun violence.

Kennedy, also a professor at the John Jay College of Criminal Justice, told LEO that, when it comes to violence prevention strategies,  those that have used a single sector — social services, community engagement or law enforcement — have not been effective on a city-wide scale. GVI combines all of them.  (Kennedy spoke to LEO about GVI in general and not in response to any of the other sources in this story.)

Other cities that have implemented GVI have seen results so good, that in Boston – the first GVI city — its 63% drop in youth homicides from 1996-97 was referred to as the “Boston Miracle.”

Boston Ceasefire, as it was called, was designed in partnership with street outreach in the city. A study of the strategy compared it to other U.S. cities at the time, which did not see similar reductions in violence.

“Over decades, there are a couple of places where that hasn’t happened. But there isn’t anything that is so perfect that it works every moment, everywhere, all the time,” he said. “But, fundamentally, the pattern is, you do it well, you keep it going and things get better.”

The work also has to be maintained, he said. There are cities that have had successes and seen those fade away after letting GVI fall apart.

In Arthur’s opinion, Louisville does not do enough to address what he thinks are the root causes of violence in its communities.

Arthur’s preference would be for the city to take money from its police budget and invest it into Metro’s programs that provide affordable housing and more. And, he wonders why the city’s violence prevention efforts can’t be divested from law enforcement, too.

“Why do they need police to simply approach someone and offer services?” he asked.

Williams, with OSHN, told LEO that one thing to keep in mind is that, in Louisville at least, law enforcement isn’t going anywhere.

GVI may use law enforcement, but it’s designed to reshape policing, too, Kennedy said, so that it doesn’t result in the harm that the criminal justice system also is known for.

In Louisville, GVI starts with the police identifying “violent street group members on parole or probation or who have been identified subject to additional enforcement,” according to an October news release. Talley said that, so far, Louisville’s GVI teams have also made contact with people who are victims of violent crimes.

Despite already experiencing legal trouble, Kennedy said that members of violent groups don’t understand what all of their legal risks are. They may not understand federal gun laws, which carry a 5-year mandatory sentence and don’t offer parole, he said. Or, that group violence is subject to concerted law enforcement attention.

With GVI, police also ask the people they speak with whether they need protection. People who are committing violence in groups are also often the victims of violence themselves.

And, of course, the police are part of an overall conversation that involves community members, who tell participants that they want them to stay alive, and service providers, who say they want to help them.

In Louisville so far, around 24 people have been contacted by GVI, according to the mayor’s office.Because the program is just starting, as well as for safety reasons, law enforcement have been going out on their own to some of these meetings, said Talley. So far, they have helped removed at least one person from a dangerous situation, said Kennedy.

There are many community organizations that are involved with the service-provider side of the effort, but some of them include Volunteers of America, Goodwill Industries, Joshua Community Connectors, Metro United Way and the Coalition for the Homeless.