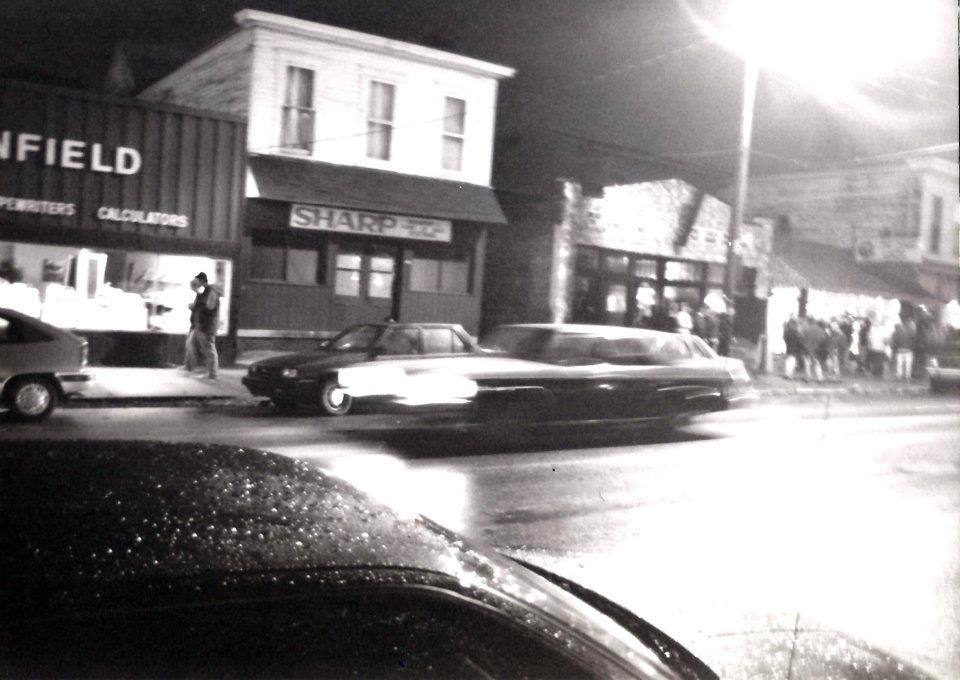 By 1991, there had been two or three waves of great bands that most Louisvillians never heard of. The influence of the punk movement, circa 1977, had inspired a scene that rivaled much bigger cities in terms of creativity and passion, even if the city at large found it easy to ignore and/or prosecute for noise violations. Ten years later, the local scene was supporting two venues dedicated almost exclusively to original music and at least one other bar generously serving that crowd. Meanwhile, a host of very young bands had built an impressive all-age scene with shows popping up in the strangest places.

Between 1988 and 1991, a lot of the second generation of Louisville’s primary musical architects graduated high school and celebrated their 21st birthdays. Meanwhile, they transitioned from comprising high school punk and hardcore bands to playing for both the all-age crowd as well as the bar crowd.

In 1991, I was working at Tewligans (1047 Bardstown Road), generally regarded as the nexus of the scene at that time, but for all its reputation, it was hardly ever much more than a shithole bar. If you ask anyone who ever went there, they’ll tell you about legendary shows and a sewage problem. Soundwise, the back room was one of the most gloriously balanced rooms I’ve ever experienced, a long, wide corridor flanked by brick walls.

Tewligans had live music three to six nights a week. They hosted all-age shows on Saturday and Sunday afternoons. There was a fairly constant police presence.

Meanwhile, over on Preston Street, near Eastern Parkway, Uncle Pleasant’s was catering to the same crowd, but while Tewligans struggled to get their liquor license by hook and crook and often fudged the rules when they were only allowed to serve beer, Uncle Pleasant’s had a full bar and a professional bartender. (Hi, Dave!) Uncle Pleasant’s calendar offered evidence of owner Mark Smalley’s love for music. He booked Harry Dean Stanton (with the Call) and Richard Thompson that year, and the Flaming Lips played their first local show there.

The Rudyard Kipling (on Oak Street, just west of Fourth Street) was the stalwart of the scene at that time, although they catered to a far more diverse clientele. They would host live music fairly often, but their stage was often used for theatrical events, as well. The Rud had a full bar and a full lunch and dinner menu. Live music was a little further down on the list of their interests.

Speaking of diversification, one of the most reliable venues for the all-age scene was CD Graffiti’s/The Machine, better known as Lazer Blaze (in the Sears Building on Shelbyville Road). In the early ‘90s, the family-friendly, St. Matthews laser tag venue would regularly host all-age shows. I doubt anyone following new music in Louisville at that time failed to catch at least one show there.

The all-age scene was a movable feast, for sure. By 1991, Cafe Dog (on First Street just south of Broadway) was closed, but shows popped up at the VFW Post on Shelbyville Road in St. Matthews, Swiss Hall (in Germantown), the Red Barn (on UofL campus) and at the Vogue (on Lexington Road in St. Matthews).

While all-age shows could pop up almost anywhere, the busiest venue for this crowd was the Zodiac (117 West Main St.). A few years later, it would reopen with a caged area in the back for people who wanted to drink, but the performance area was all ages. This was the proving ground for a lot of the kids who would go on to make bands that would tour the country.

And while they weren’t all-age shows, per se, there were legendary shows at the Kentucky Theater on Fourth Street, and house parties at one particular location on Highland Avenue in the Highlands would ordinarily present some world class entertainment, especially on Derby Day. The Homestead House (on East Chestnut Street) hosted more than a few stunning rock shows.

It was an incredibly fertile era. While Slint flipped the script from hardcore and punk to a more deliberate “post-rock” style, their sparse schedule of performances in odd venues all around the county provided a new blueprint for a scene that persists today.