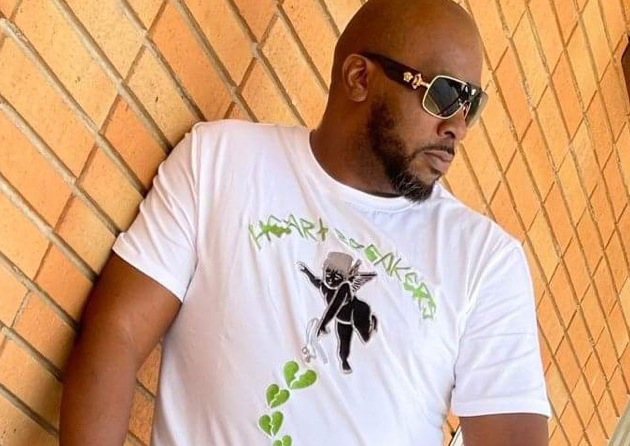 Louisville is a city of independence. Artists for years have sought to stand on their own two feet and make their market in music or art by doing things their own way. Maybe we’re stubborn. Maybe we’re naive. But we get out and hustle, making the most of the networks and technologies at our disposal. Swagger Boi, aka Marlon Andru’ Mah’lon Baker is doing just that. His Swagger Boi Entertainment, LLC brand is making the connections to get his artists noticed. He calls the sound of Swagger Boi “SwaggerNoise” and places it between East Coast and West Coast hip-hop with a definite Southern charm.

His newest single, “Spread Love” is dedication to the legacies of Black people harmed and/or murdered at the hands of police. Having a personal connection to Breonna Taylor gave the situation urgency for him.

LEO caught up with Swagger Boi. He is an artist driven with a purpose and willing to put in the work to see his dream realized. According to the swaggerboi.com website, Baker wants folks to know that he and his brand represents a “reflection of those living an everyday life, facing everyday struggles.”

What are your current projects? Any collabs with other local artists?
I’m currently in the finishing stages for two upcoming projects titled Black Rhino (EP) and the I’m King mixtape. As far as local/independent artists I have worked and recorded with HurraSeason, Soul River Brown, Sash Renee, including countless other aspiring artist in the Louisville music scene.

Tell me about the Breonna Taylor tribute song? Was there a specific moment that really made you want to write this song?
The creation of the “Spread Love” track was a result of pain, frustration and the ugly reality that, to some, Black lives do not matter or aren’t as equal to certain people. Basically, it was a way for me to vent musically and deliver an emotional song with meaning and substance.

The song was inspired by the murders of George Floyd, Breonna Taylor, Ahmaud Arbery and all other young Black brothers and sisters who are being hunted and gunned down by the hands of those who swore to protect us!

She and my younger sister were close friends, so her tragedy affected me like it did most of those who continue to Say Her Name, to Say Their Names. The “Spread Love” single featuring Morgan Danielle is now available on Spotify, iTunes and all other digital platforms.

How did the last year in Louisville with all of the protests affect you? Your work?
The protest in our city of Louisville affected me in various ways. I had several mixed emotions by watching news footage and all the negativity that surfaced from social media, not to mention the leader of the free world was at the helm of most of the chaos and disruption. I didn’t participate in marching, I just prayed and remain very cautious of my surroundings.

Any live shows or music coming soon?
I’ll be promoting a few upcoming shows to expand the Swagger Boi brand. We are finalizing the details for the first annual Swagger Boi Entertainment Street Ball tournament on Saturday, April 24. This family and sport fan event for the community will be held at the Swagger Boi HeadQuarters located in Jeffersonville, Indiana. I’ll be releasing new music monthly started in April with another single titled “Take Control” featuring Don The Poet. I also work with dancers, comedians, producers, musicians, anyone with a serious passion for creative arts, music, entertainment.