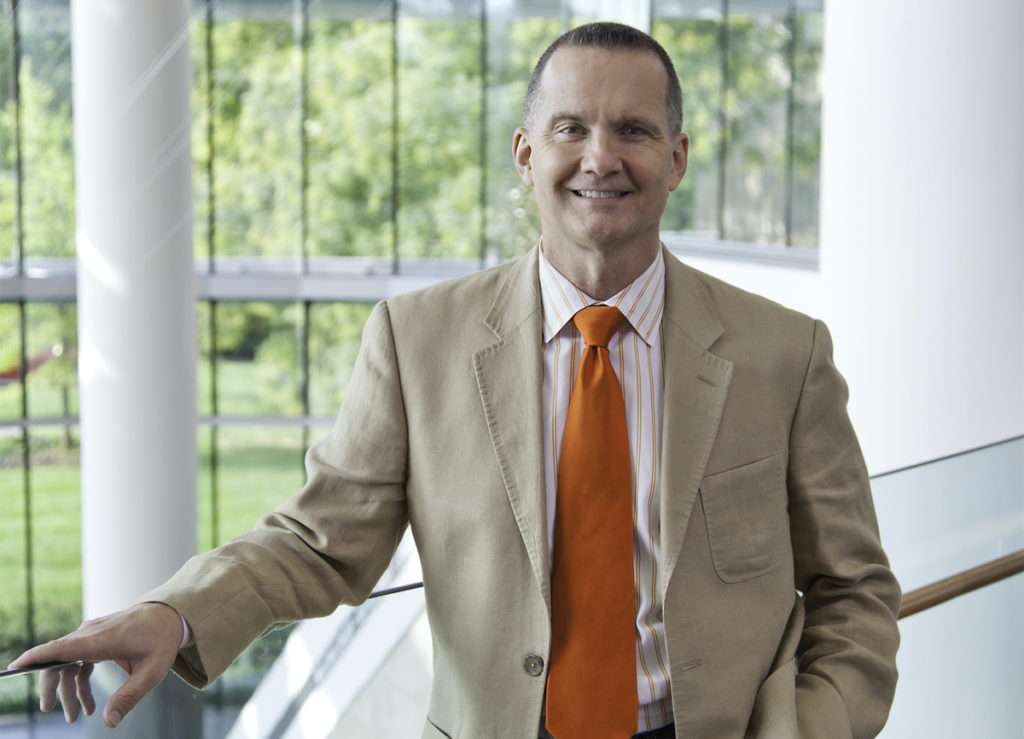 [Update: Venable resigned from Newfields on Wednesday afternoon. The Board of Trustees and Board of Governors for the museum thanked him for his service and said that the resignation was necessary. CFO Jerry Wise will be the interim president.]

When the Speed Art Museum decided to undertake a major renovation and expansion, Charles Venable was at the helm. Before the completion of that project, in 2012, Venable left Louisville for Indianapolis Museum of Art-Newfields. Now IMA, which is officially known as Newfields, is embroiled in a controversy over a racist job listing.

During a call on Saturday with The Indianapolis Star, Venable, who is the CEO of Newfields, said that the use of the words “traditional, core, white art audience” in a job description for a new director was intentional. Listed under “other responsibilities,” the job description read: “… maximize unique programmatic opportunities, working closely with the curatorial, education and public programs divisions to animate the permanent collection galleries in innovative ways that attract a broader and more diverse audience while maintaining the Museum’s traditional, core, white art audience.”

In the conversation with the Star, Venable admitted that he understood how the statement could be misconstrued.

“I think the fact you can read that one sentence and now reading it as a single sentence or a clause, I certainly can understand and regret that it could be taken that way. It certainly was not the intent at all,” Venable said.

Herein lies the issue: Venable and the decision-makers at Newfields didn’t want the “traditional, core, white art audience” to feel they would be abandoned as the museum also claimed to be seeking diversity in the same job listing. You can’t have it both ways.

Either museums (of all stripes) want to be halls of knowledge or repositories of beauty, truly reflecting the societies in which they are situated, or they want to preserve a fiction that coddles white supremacy.

As a former employee of Newfields, Kelli Morgan told the Star, “The entire job description is chock full of diversity language, but it’s completely disconnected from what that language actually means because if you were invested, if you care, right, if you were knowledgeable about all this DEI [diversity, equity, and inclusion] language that you’ve got up and through this job description, that sentence would have never been there.”

What need is there to indulge white anxieties about diversity?

Museums, like many other colonized institutions and systems, have made white people believe they are the only people that matter. They’ve tended to a fiction for so long that too many white people still truly think, it is their gaze, their witness to these pieces of art or these historical records, that makes them important or relevant and that allowing alternative perspectives and imagery somehow cheapens this.

We’re also talking about dollars, here. A particular brand of white dollars feeds museums like Newfields, and they don’t want to risk upsetting the money bags.

But, we’re in a conundrum in America.

We have claimed to want equity, have made steps toward an America for everyone and yet, an issue like Newfields pops up, and we’re back at square one because we realize that the idea of equity hasn’t actually taken root.

We’ve potted a plant by simply sitting it on the soil, exposed roots and all. It’s true that some plants will root themselves and others will die. Which kind of plant is this?

While Venable and Newfields are concerned with protecting the “traditional, core, white art audience,” one of the criticisms that has been levied in their direction claims that Venable has turned “a grand encyclopedic museum into a cheap Midwestern boardwalk.” This excerpt, from Kriston Capps’ section of a 2017 Bloomberg article, “Your Entire City is an Instagram Playground Now” claims that Venable has gone for cheap tricks to keep the museum viable instead of purchasing art or funding scholarship.

This criticism seems fair, though there is something unique and wonderful about a Midwestern boardwalk. The truth is many museums have opted for selfie-worthy props instead of improving and adding diversity to their walls, and funding a diverse set of scholars who could shift the narrative away from the thinking that only white audiences are the core of a museum’s patronage, improving the ability for museums to truly reach diverse audiences. Now, Venable is stuck between his cheap Midwestern Boardwalk and his “traditional, core, white art audience.” Neither will improve Newfields and neither will sustain it.

A few years back, LEO ran “Opening galleries and museums to race and inclusion,” a story about museums in Louisville trying to be better.

Louisville museums have been actively working to change the idea that museums are only for a white audience.

KMAC states in their mission that they are “connecting people to art and creative practice.”

Curatorial Director Joey Yates said that “KMAC is committed to the core value of providing art experiences that are accessible to everyone. We are an inclusive space, continually working to provide a sense of belonging and purpose to all who come in contact with the museum. Our exhibitions and programs over the years are evidence of this dedication and inclusiveness.”

Like Newfields, the Speed Art Museum is also seeking a new director. Stephen Reily, the departing director had this to say when asked about Venable and Newfields, “I can’t say anything specific about the Newfields situation but since both they and the Speed are going through searches for museum directors, I can share that the Speed’s search committee went through implicit bias training itself and has consulted with a national organization that advances leaders of color in the cultural field to ensure that our search aligns — like all of our work — with our mission to ‘invite everyone.’”

“At the Speed, we continue to guide our work by the commitments laid out in our first annual Racial Equity Report, including ongoing antiracism/bias trainings for our staff, our Board of Trustees, our Board of Governors, and docents,” he continued.

This is a positive change and the report does show incremental improvements and yet, it’s still disappointing that we’re only now seeing these changes. Again, are we planting the roots or just sitting a plant on top of dirt?

Changing museums (read: changing America) is about changing the very functions of systems that were created without consideration of anyone other than white individuals. These systems too often act in ways that exclude and actively punish those of color. Newfields said the quiet part loud and now Pandora’s box is open. It is not an issue that will disappear. Change has to happen. As of Tuesday, nearly 1500 signatures have been collected on a petition asking for culpability from Newfields including the removal of Venable.