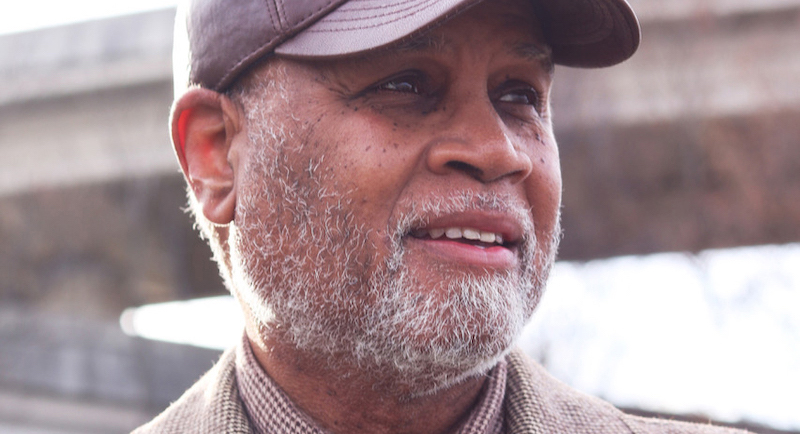 The (Un)Known Project by poet/author Hannah Drake and IDEAS xLab aims to acknowledge and honor the enslaved African enigmas who sought freedom from the muddy shores of the Ohio River in Louisville. Last year, IDEAS xLab and the Unknown Project put out an open call for artists in Louisville and Indiana. This week, they announced local stone sculptor William Duffy as the chosen artist. He will create Limestone Reconciliation Benches that will be installed this spring or summer on the riverfront. A walking path of footprints will lead to the benches.

“Duffy understood the importance of the (Un)Known Project in a time when our city, state and this nation are having a day of reckoning when it comes to dealing with racism in America,” Drake said. “Duffy understood the importance that this was not just about public art but a space that we could activate on the Waterfront to pay reverence to unknown names of enslaved people.”

The Ohio River was once called “the most beautiful river in the world”  by slaveholder, hypocritical “abolitionist” and founding father, Thomas Jefferson. He noted its “current gentle, waters clear, and bosom smooth and unbroken…”

A few hours to the South, more than 400 people were enslaved at Monticello, Jefferson’s home in Virginia, all while he claimed to be opposed to their enslavement. For so many enslaved people, clamoring towards freedom, the Ohio was the final geological hurdle in the battle for a life of autonomy. At least 20 of those enslaved at Monticello made the journey that included a crossing of the Ohio.

One day while standing on the banks of the Ohio in Louisville, Kentucky, Drake wondered who those enslaved in Kentucky were and what they were thinking as they walked to the banks of the Ohio looking at the prospect of freedom just a mile across in Indiana. This sparked her idea for the project.

“Unknown. The word itself is difficult for me to process. How can someone be unknown? Black men, women, and children were here. They existed. They lived,” said Drake, who works as Ideas xLAB’s cultural strategist.

For the most part, very few names are known that do not treat the person like property.

“Sadly, it is always the same story,” Drake told WFPL News’ Stephanie Wolf in August of last year in a story that appeared on National Public Radio’s “All Things Considered.” “We don’t have their names or their names weren’t written down as a name. They were a property so they were written down as a thing. So this is not Hannah. This is a negro gal.”

There is one couple, Lucie (aka Ruth) and Thorton Blackburn who escaped from Louisville via the Ohio River, eventually settling in Michigan before being recaptured. Their story gets deeper.

While in jail in Michigan, the Blackburns were allowed visitors. Lucie was freed by switching clothes with one of her two visitors, Caroline French. Thorton, whose emancipation was complicated by shackles, was freed a day later by an uprising of the Detroit Black community — 400 Black men showed up to free Thorton. The treatment of the Blackburns was the kindling that set Detroit’s first race riots in motion. During Thorton’s escape, a sheriff was mortally wounded, but it was Thorton’s escape that angered Detroit’s white citizens who turned up the volume on the rioting, harming Black businesses and citizens, apparently a common theme for angry white folks throughout history and in current events. See Jan. 6, 2021.

The Blackburns, however, made it to Canada and were promptly arrested with Michigan officials requesting their extradition back to the United States. Canada had recently passed laws saying that unless a crime was committed under Canadian law, then fugitives could not be extradited. Their freedom was secured and the Blackburns started a successful transportation business.

The story of the Blackburns is a rarity. Most folks fall under the umbrella of (Un)Known, and that is what Drake seeks to change.

“It is incumbent that we acknowledge the unknown people whose names were hidden, buried, disregarded and intentionally erased from history,” said Drake.

In choosing the artist to take the helm for the sculpture, “We included all of the project partners along with Ed Hamilton and muralist Jaylin Stewart to review the applications,” says Drake.

Choosing Duffy, a local artist with over 40 years experience and a lifetime of memories along the banks of the Ohio, adds a full-circle moment for Black artists in Louisville. Duffy who was part of the Black artists’ collective, Montage, a group formed to help promote Black artists that included artists like Hamilton and G. C. Coxe, plans to collaborate with metal artist Dave Caudill on the final build. Duffy’s work on the (Un)Known Project will join the river works of his fellow Montage artist, Hamilton, who has two sculptures along the Ohio, one of Abraham Lincoln and the other of the enslaved member of the Lewis and Clark expedition,York.