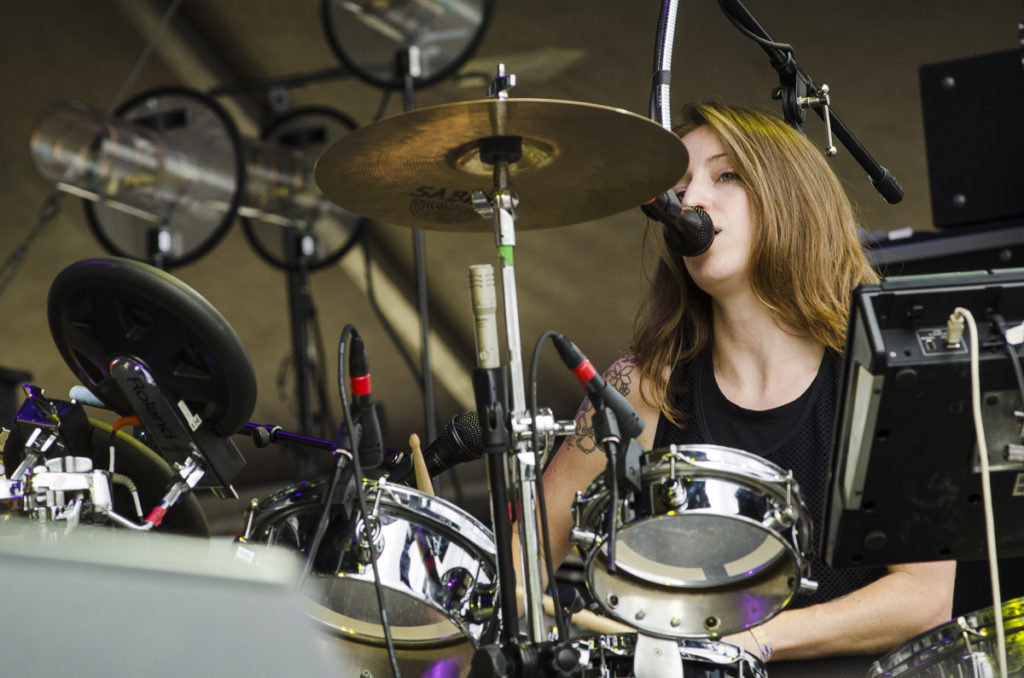 On Jan. 18, Louisville expatriate MaryLiz Bender is going to Mars… kind of. Bender, who currently lives in Florida, but remains part of the local psych-rock band Twin Limb, is joining the Hi-SEAS Mars Simulation, a Martian habitat located on Mauna Loa in Hawaii. The terrain of the area is Mars-like and is used by NASA to study crew dynamics, morale and other psychological factors. The opportunity presented itself through the space exploration-focused media studio, Cosmic Perspective, that she co-founded. While at Hi-Seas, Bender will work with Hillary Coe, a design director at SpaceX, to study the effects of creativity, mindfulness and diet on astronauts on long missions. To do that, Bender is taking a pair of MI.MU music data gloves, which like a theremin, create music through complex micro-expressions. Bender is also collaborating with the Johnson Space Center on a documentary titled “Taking Our Humanity With Us” in an effort to humanize the experience of space travel.

What’s your objective at the Mars site?
MaryLiz Bender: We’re really trying to figure out what does it feel like to be in isolation in a 1200-square foot tiny Martian habitat with people you don’t know, five other people you don’t really know very well, unable to go outside whenever you want to, disconnected from nature, disconnected from your home planet. What are the kind of comforts and delights that help you enjoy and even thrive through that experience?

What’s ‘Taking Our Humanity With Us’ about?
It’s all about the past, present and future of art in space. So, I’ve actually done a ton of research. I’m the only person that I actually know besides astronaut Nicole Stott, who’s been working on this with me, that is aware of every single instrument that’s ever been played in space. Wow. It’s way more than I thought. They have used banjoes, they’ve used guitars, they’ve used saxophones, clarinet flutes, even like traditional Japanese musical instruments. NASA hasn’t done a great job because they get kind of taunted when they spend any money focusing on marketing and things like that. They’re doing better. But I feel like it’s up to me and us and the people like me to tell a story, which is why I’m making this documentary.

How can non-terrestrial environments shape musical composition?
Everything in the microgravity environment, that’s a totally new physics environment that we don’t understand at all. And most of our research on the space station is trying to understand that and then harness its power because it’s so freaking powerful. Like, for example, you can study cells in 3D because they don’t flatten out on a petri dish like they do in a gravity environment on Earth. That means that they remain in their form as if they’re inside the human body. [Astronaut] Don Lind was using a didgeridoo, but he fashioned it out of a vacuum hose to study what happens to a water bubble which remained in 3D. You know, and see how the vibrations reacted because, within the water, you could see the vibration of the sound. And so he shot all sorts of instruments and different kinds of music at this water bubble.

Tell us about the glove. Why that instrument?
I’m in love with space exploration, mostly because of the perspective-shifting transformational power that it has to get us to think way outside of ourselves, way outside of our moment in time. So that’s really what drew me to astronomy and then just to the greater exploration of space. I saw this beautiful woman named Imogen Heap at a WIRED conference and she was presenting this new technology. And she had done a performance that was so astounding to me because of the way she was able to dance through her song. It seemed so natural. The first thing I said was those are the best instrument for space travel. They’re tiny, they’re lightweight, and they hold every instrument within them because the gloves are just synthesizers. They’re MIDI controllers. The only issue is that it opens up an entire universe of possibilities that you’ve never had before. For right now, I’m really focused on this project where I’m going to be taking them up in a zero-g flight to see how the motion sensor functions in zero-g. The complexity of that is how do you train non-musicians? Because the astronauts they picked are not musicians. Every time I say I’m going to teach you how to use the gloves they are like, ‘Oh, but I’m not a musician,’ and I’m trying to break down that barrier.

Are your programming presets into the glove software like guitar, piano or drums?
That’s what I originally set up. We’ve got a few other presets that we’ve been working with, like cello and harp, because it’s fun to kind of pick with your fingers because you can get really granular. I don’t want humans to go to space constantly dreaming of what they had back on earth and trying to reproduce what was. I want something new. I want to push the bounds of exploration with this instrument, with sound, with the way that music or art or whatever is made, or how we express and we connect with ourselves and each other.

Part of the project is creating a time capsule. Tell us about that. How do you plan to effectively communicate with the future?
I called up my friends who own archmission.org. They are concerned with preserving all of human knowledge and wisdom and tradition and absolutely everything just in case something happens to humans. They’re really focused on preserving our beautiful intelligence because it would be terrible if we somehow lost it in one meteor impact, in some kind of extinction event. They are taking all of these capsules and shooting them into space, sending them to the moon, and burying them in caves throughout the world so that if something were to occur and we lose information, we can always get back to it.

Find out more, or donate to her trip, at cosmicperspective.com.