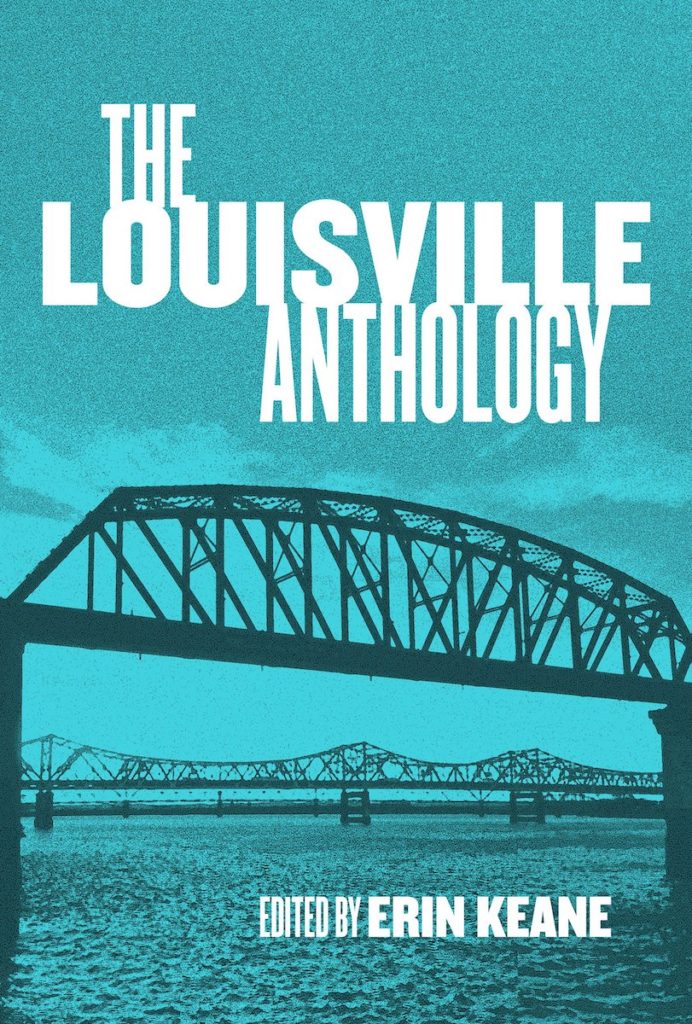 A compilation of essays, reprinted articles and verse about a city. Sounds simple enough. Isn’t that the sort of reading material that gets revised every half-decade by civic organizations? You know, the “town fathers.” Or maybe a group of Realtors who are hungry for some new marketing handouts will fund one, as long as it’s printed in bright colors on slick stock for coffee-table appeal to the right kind of potential customers.

That’s not this book, not even close. The authors/poets/journalists/essayists here have a much greater interest in addressing the emotional status of our city’s people. And they convey that status with greater frequency (though with equal acuity) than they do providing guidance on history or geography of Louisville points of interest. Oh, there are many paragraphs that get readers into the thick of happenings that have been points of shift (or of reinforcement) to the city’s soul or that might lead you to want to break out a map to see where people come together — or come apart. But this is a book that looks to stir emotions. It holds a lot of anger.

Many of the pieces are timely — right up to the minute — and there are plenty of people who see this as a time of realization, if not reckoning. (By the way, the work that isn’t here and now has been very intentionally selected and carefully woven into the sequence, thanks to editor Erin Keane).

There are loose themes here, and the anthology has a distinctive flow. Early on we get tales of conflicted personal heritage and struggles of identity and fortune — following on from the editor’s introduction. She points to our locale mixing Midwest and South. Being an urban island surrounded by the rural. A Rust Belt town regularly refreshed with pockets of cultural innovation. And so on — we all know the song of Louisville’s dichotomies and paradoxes. But the writers ably dig deep here (especially about relations within and on the fringe of African American families).

Later, the editorial twists and turns designed to maintain reader interest become noteworthy. Pieces about graves include a clever poem about Cave Hill Cemetery. This becomes a pivot into Michael Jones’ fascinating, irony-laden history of the kindergarten teacher sisters who penned “Happy Birthday to You” (and who are in Cave Hill).

In turn this leads into music as a prominent subject midway in the program. The early days of the local punk scene and a recounting of regional roadhouse rockers’ mischief are brought to joyful life by Tara Key and company. (Did the first local punk audience really have to look at the band across opposite haylofts of a barn?)

Next up are the experiences of transplants from other regions, fading into closer looks at neighborhoods with character (e.g., Butchertown, Old Louisville). The concluding pair of pieces, among the strongest in the book, thoughtfully confront church institutions — just some of the many stories here that remind us that there’s work to do toward fair sharing of the good life this city offers.

Don’t ignore the pairing of David Serchuk’s recollection of adapting to post-New York life — with concerns and kvetches gradually overcome with community warmth — and Aaron Rosenblum’s indignatious look at how his introduction to Derby culture displayed attempts to dress up the most exploitative aspects of horse racing past and present. All “about my town” compilations should be unafraid to include the likes of both. A lot of the joy in this bittersweet book is in nostalgia. But the bitterness is honest and earned.