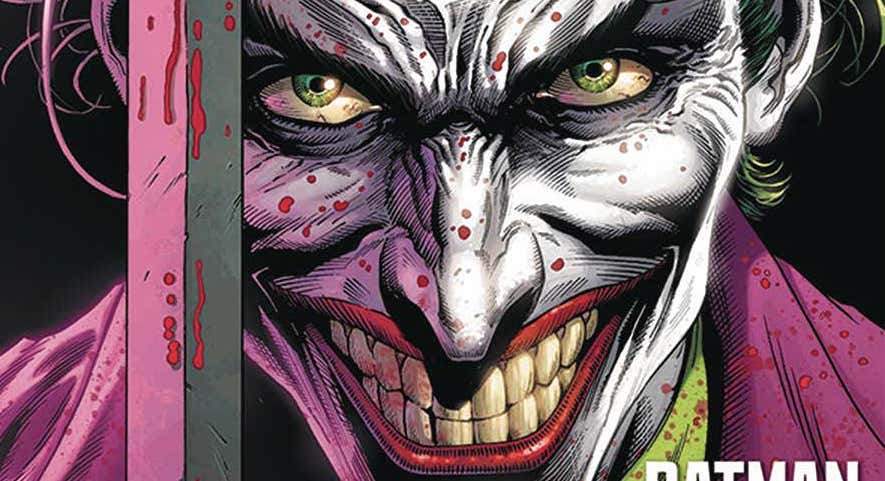 “Batman Three Jokers” is on the DC Black Label imprint, which launched in 2018. The stories tend to be on the more mature side.

True to form, this story opens with a flashback of Bruce Wayne revisiting how he got some of his many scars, both mental and physical. His musing is interrupted by a special breaking news report that some out of the ordinary murders, even for Gotham City, have happened that evening, all seemingly done by the same man, at the same time, but at different locations.

I know it won’t spoil the story because of the title, so I’ll say now it’s the Joker. If you’re familiar with some of the more outstanding stories involving the Joker and Batman, you’ll recognize that each crime is reminiscent of a different Joker, one from the “Killing Joke,” for instance.

Red Hood and Batgirl join Batman in the hunt for these Jokers in this three issue limited series, trying to answer the questions, how is he doing this, and how many will die before he’s caught?

Kat Sommerville is a single mother on her way to a conference with the principal at her daughter’s school. We see pretty quickly that neither fit into what society would call normal acting women. The scenery of the town is dark and grimy, colored mostly in steely blues by artists Chris Sheehan and Jason Wordie.

That evening, Kat receives a phone call informing her of the death of her mother, Trudy. Neither Kat nor her daughter Sybil are overly upset hearing the news, but finding out she’s left her house to them is quite exciting. With nothing keeping them in the city, they pack everything they have, including Stephen King’s book “The Eyes of the Dragon” they’d borrowed from the library that day, and take off for a new start. When they arrive in their new town of Comfort Notch, the colors burst off the page in warm hues of red and orange. Daniel Kraus’ story takes a dark turn though, and we find the town may not be as pretty as it appears to be on the outside.