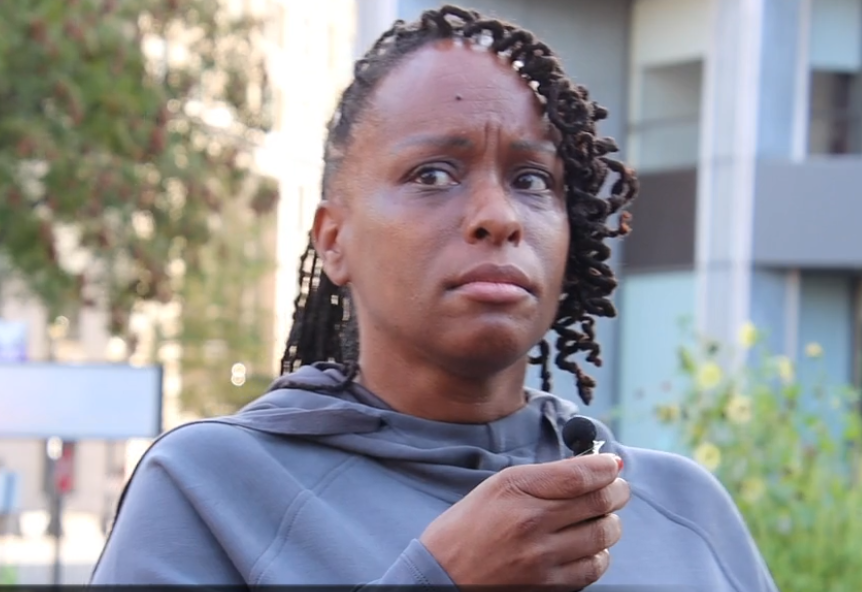 State Rep. Attica Scott told the media she would fight charges against her and contended the police set up protesters to get arrested.

State Rep. Attica Scott, a Louisville Democrat and the only Black woman in the state legislature, was arrested last Thursday and charged with felony rioting, unlawful assembly and failure to disperse. Scott was crossing the street to enter the First Unitarian Church before the 9 p.m. curfew. Police have said her charges reflect that she was in a group of people that tried to burn down the main branch of the library. Scott was at a press conference Sunday during which she denied the allegation, said she would fight the charges and accused the police of setting her up for arrest. Here is what she said.

“Our community deserves to know that Black lives truly do matter. My daughter, my teenage daughter and I, believe that to our core, to our depths. And that’s why on Thursday, as we have been many days and for me every day this week, we were out making sure that marches were safe. But what the alphabet soup of law enforcement that is scaring Kentucky right now decided to do was box in people who were in vehicles and refused to allow us to leave, to get to safety, to sanctuary, to shelter. And that’s what happened to us. So, it was before curfew, it was before 9 o’clock. So, we got out of our vehicle to walk literally three blocks to First Unitarian Church at Fourth and York for sanctuary. For those of you who have seen my Instagram live feed, you know that there was no mob there. About 20 of us walking together to get to the church. We were in the district that I serve, District 41. You walk past the library that I love. In elementary school, my son helped to start book club at the main library, I have fought every single budget year in Frankfort for full funding for our libraries. How dare LMPD say I was trying to burn down our library. Absurd. Give me a break. … and then to have the library union, without hesitation, without reservation, come out with the statement to say: Please, give me a break. State representative Attica Scott has been one of our largest advocate and supporters. She would never. And then to have your mayor double down and try to claim that we were with people who were trying to burn down the library, and we should have separated ourselves. Y’all need to ask him what in the world is he thinking. Stop letting him and LMPD say whatever they want to say. Ask them: What in the hell are you doing? None of us should have been arrested. None of the hundreds of people who been arrested this week should have been arrested, but we’re being set up. They’re setting us up to be arrested. They told us — we were at the library — turn around, and when we tried to turn around, they said: ‘Circle, circle.’ And they told us to sit down while they pointed their guns in our faces like they were ready to kill us. We had no intentions of being arrested that night. They stopped us at 8:58. It wasn’t even 9 o’clock. We were literally across the street from the church, across the street from sanctuary. I’m going to fight every single one of these bogus charges. I’m going to keep showing up for justice for Breonna Taylor. That’s what she deserves, that’s what her family deserves, that’s what the community that I serve deserves.”