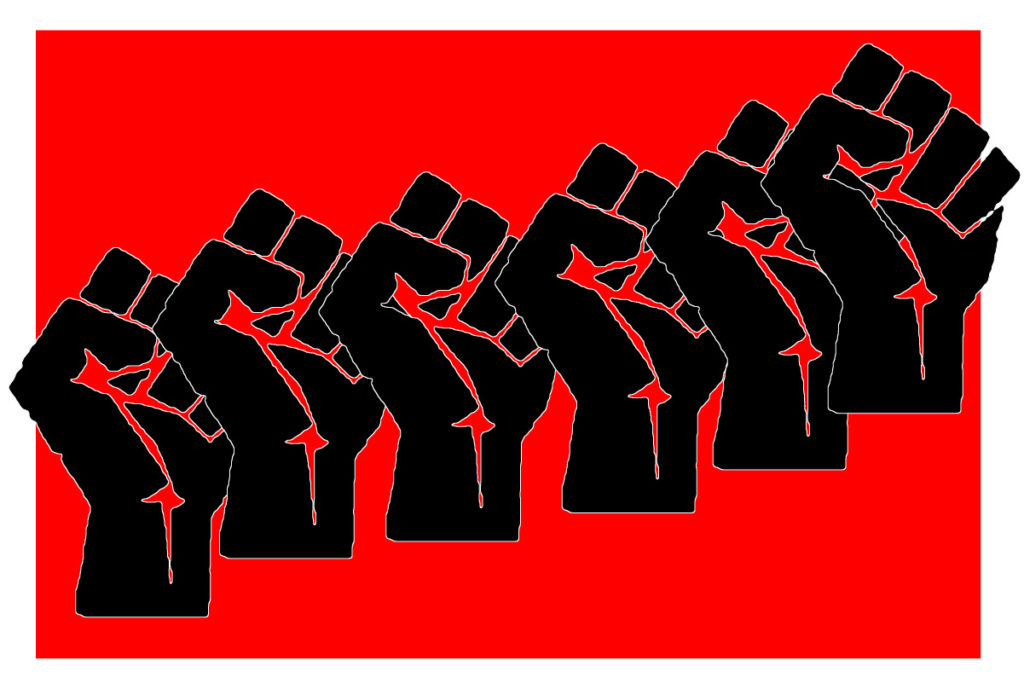 Black Lives Matter Louisville and partner groups have released a new list of demands in reaction to Attorney General Daniel Cameron’s announcement that no officers would be charged for killing Breonna Taylor.

“We have momentum now, and we really want to build upon that while the eyes of the world are on Louisville.” said Shawnte West, a BLM affiliate and a member of Louisville Black Social Workers, a partner group pushing for the demands.

The demands include some that BLM  issued after Taylor’s death caught the public’s attention in May and a couple new ones that the group has been advocating for unofficially. Absent is BLM’s past call for the officers involved in Taylor’s death to be arrested and charged.

The revised demands are:
—“Immediately fire and revoke the pensions of the officers that murdered Breonna.”
—“Divest from LMPD and Invest in community building”
—“Immediate resignation (or impeachment) of Mayor Greg Fischer”
—“Metro Council ends use of force by Louisville Metro Police Department. Police shootings are gun violence.”
—“A local, civilian community police accountability council that is independent from the Mayor’s Office and LMPD with investigation and discipline power. #CPAC.”
—“The creation of policy to ensure transparent investigation processes”

The newest of Black Lives Matter Louisville’s official demands are: divesting from LMPD and investing in community building and the call for Fischer to resign or be impeached. BLM was already a part of a collective of groups calling for budget changes that would take away money from the police department to devote to social services.

West said, “We’re asking to divest in the police force here, LMPD, and reinvest in programs that are going to keep people from being engaged with LMPD in the first place …We want more investment in the things that keep people healthy, well and safe — that’s jobs, that’s education, that’s clean communities, that’s access to health care.”

As for getting rid of Fischer, West said that Black Lives Matter Louisville members have been unhappy with Fischer’s leadership well before Taylor’s case went public.

“We portray this image as being a Compassionate City and what has happened in the Breonna case is anything but compassionate,” she said. “And so there is a distrust by the Black community of the current leadership. And so if we are hoping to start fresh, just like we have to change our police chief, then maybe we need to change the leader at the top as well.”

Regarding some of the other demands, West said that ending use of force by police would really be regulating those types of actions to “very, very limited and extreme cases.” The first reaction by LMPD should be de-escalation — just as it is for social workers. (West has been one for 18 years.)

The last demand, “a transparent investigation process,” would look like better policies for documenting what happens during police interactions and, when police don’t abide by those policies, “we need to know the when, where, why and the outcomes of discipline that result from not following your own policy,” said West.

During the Wednesday panel, participants offered up other ways the public can work to promote racial equity in Louisville. Councilman-elect Jecorey Arthur told viewers: “We need you protesting at your Thanksgiving dinner. We need you protesting every holiday, telling your aunts and uncles and your mother, your grandmother and your family about injustice that’s been happening, not only these past few months but these past few hundred years.”

Black Lives Matter Louisville core organizer Chanelle Helm said there are three levels of action: Green, which involves things like volunteering for charitable organizations such as Change Today, Change Tomorrow. Yellow, which is standing in solidarity (e.g. sharing the demands). And, red which is disrupting business as usual, such as visiting a popular brunch spot to read the demands out loud.

Cassia Herron, president of the Louisville Community Grocery, advised viewers to register to vote. And, Helm told protesters to take time for themselves if needed.