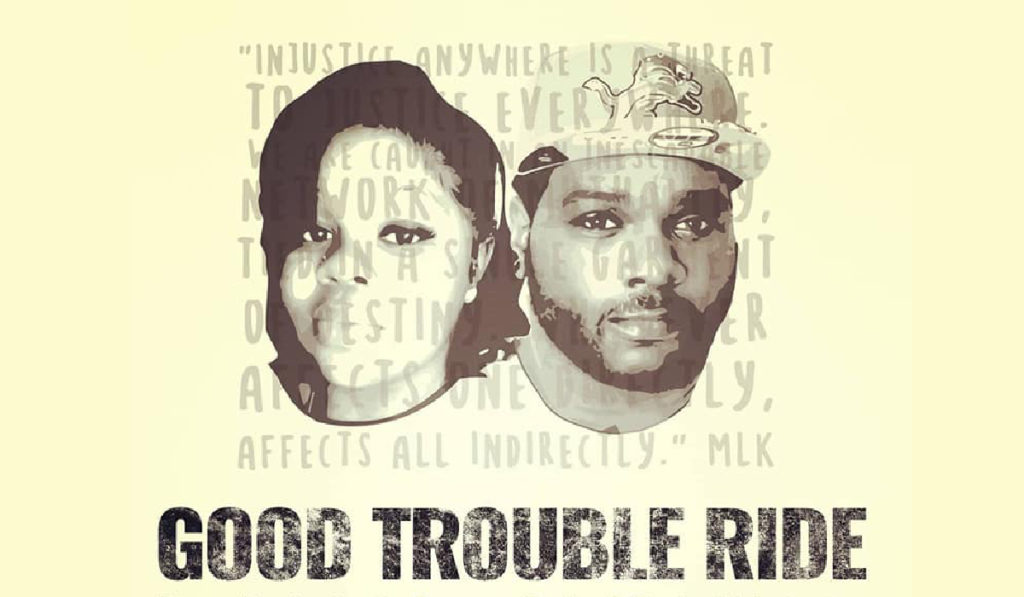 Demand Safe Schools National Day of Resistance
VanHoose Education Center
Free  |  3 p.m.
Black Lives Matter Louisville’s Education Team is joining other communities across the country in demanding a safe and equitable reopening of schools. Its members are encouraging educators, parents, students and community members to show up to the VanHoose Education Center on Monday to demand: No reopening until scientific data supports it; police-free schools; adequate numbers of counselors, nurses and community/parent outreach workers; safe conditions including lower class sizes, PPE, cleaning, testing and other key protocols; support for communities and families, including a moratorium on evictions and foreclosures, direct cash assistance to those who are unemployed or not able to work and other crucial social needs; a moratorium on new charter or voucher programs and standardized testing; and federal money to support the reopening, which will be funded by taxing the billionaires and Wall Street.

Save the USPS Call Congress Day
Zoom
Free  |  4 p.m.
The U.S. Postal Service is at risk of running out of money, and it’s up to Congress to fund it and keep it fully functioning. But some conservatives aren’t interested in helping. Louisville’s Democratic Socialists of America chapter is leading a phone bank to contact U.S. Sen. Mitch McConnell’s office, demanding him to “stop blocking USPS funding.” There will be a Zoom debriefing beforehand.

Girl’s Night Out: A Benefit for Women of the Backside
Zoom
Free ($20 suggested donation)  |  5-6 p.m.
To benefit the women who work behind the scenes at Churchill Downs’ backside, the Backside Learning Center is hosting an online Girl’s Night Out with handicapping tips for women from Donna Barton Brothers, an “award winning sport analyst and commentator, author, and former top jockey.” Funds raised from this event will provide masks and hand sanitizer, English classes and other social services to female backside employees and their children through the Backside Learning Center.

Beyond 27
Zoom
Free  |  Noon
For businesses wondering how to jump into racial justice advocacy, Canopy is a Kentucky nonprofit here to help. Its 27 campaign helped businesses take a public stance on racial justice. Now, it is hosting this webinar with “lessons learned and next steps,” featuring expert speakers, performers and Canopy staff.

Good Trouble Ride
Jefferson Square Park
Free  |  11 a.m.
The Georgia-based group, the People’s Uprising, is traveling to Louisville to demand justice for Breonna Taylor. Afterward, its members are driving to Chattanooga, Tennessee, to do the same for Reginald Arrington, a Black man who was beaten by police while handcuffed in May.

Lou Biz Talk
Facebook Live
Free  |  3 p.m.
District 4 Council Member-elect Jecorey Arthur is hosting a virtual talk with over 30 businesses about the protests, the pandemic and more. Arthur’s district includes NuLu and downtown, and one week ago, he responded to business concerns about protesters by saying that they could put boards up, but the boards “aren’t going to hide the fact that you don’t carry Black products. Those boards don’t hide the fact that you aren’t very welcoming to Black people in your business.” And, they won’t hide the fact that those businesses “don’t hire Black people.”

‘River City Drumbeat’: A Virtual Speed Cinema Presentation
Any time
Online  |  $12 (or $10 for Speed Art Museum members)
“River City Drumbeat” is a 2019 documentary about Louisville’s River City Drump Corp, a musical group and mentoring program for Black, West Louisville youth. The film follows RCDC’s founder Edward “Nardie” White as he shifts leadership of the group to Albert Shumake, as well as three student drummers — Imani, Jailen and Emily — who are approaching the end of high school. The film will be steaming through Aug. 23 along with a discussion between the film’s co-directors (Marlon Johnson and Anne Flatté), White and Shumake.

Black Market KY
Anywhere
Donation-based  |  Any time
Shauntrice Martin, the founder of Feed the West, plans to open a Black-run grocery store in the West End called Black Market KY. To support her effort, you can: donate via Cash App ($ChangeTodayChangeTMW); share Black Market KY on social media with the hashtags #BlackMarketKY and #FeedTheWest; call local businesses and ask them to donate; refer residents who need free groceries; and buy merch here.

Breonna’s Roots Donations
Jefferson Square Park
Donation-based  |  Times vary
WRATH (White Radicals Against Thoughtless Hate) is a new group that, among other things, is tending to a garden at Jefferson Square Park and teaching gardening skills with the eventual goal of helping to build community gardens in The West End. But first, it needs supplies. Its members are asking for ornamental plants and flowers, a short handle hoedag, jute string, collapsible cloth wagon, bandannas, bushel baskets and totes and lids. To donate, message WRATH on Facebook to set up a drop off time.

Weekly Marches
Various locations
Free  |  Times vary
Every day of the week, you can find activists in Jefferson Square Park, demanding justice for Breonna Taylor. And now, there are weekly marches for local kids, moms and residents who belong to the LGBTQ+ community to join. The Kids March takes place on Tuesday, starting at the Bardstown Road McDonald’s at 6 p.m. and ending at Tyler Park. Louisville mothers will meet Thursday at 6 p.m. at Brook Street and Muhammad Ali Boulevard and march to Jefferson Square Park. And the LGBTQ Black Lives Matter March begins on Friday at 7 p.m. at the KFC Yum Center. This week, its advocacy focus is Black non-binary folx.