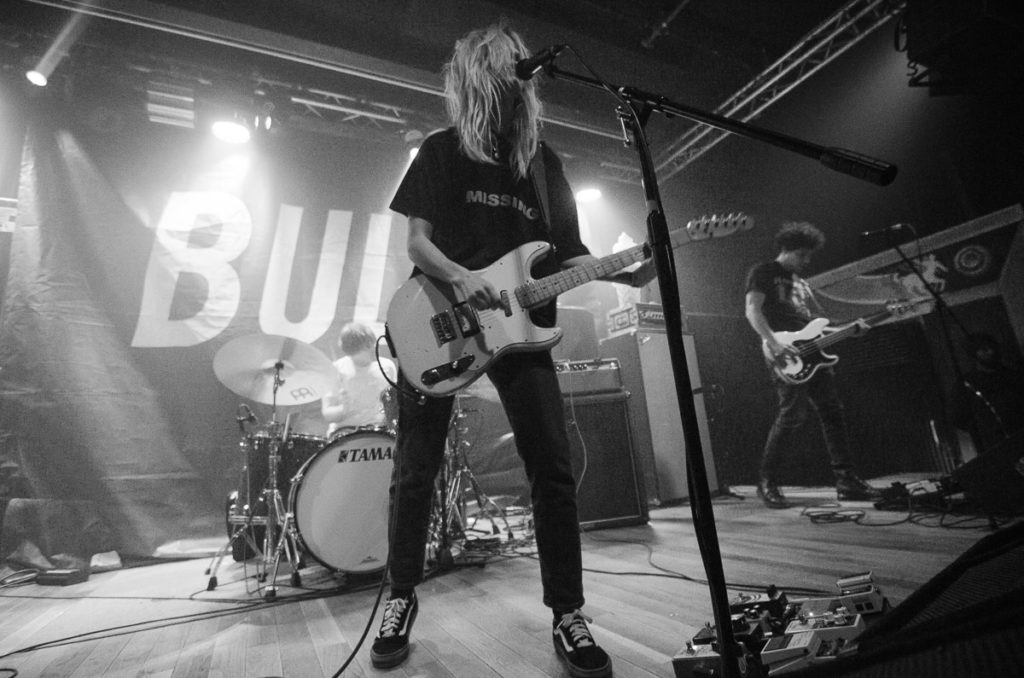 The Lexington music venue Cosmic Charlie’s permanently shut its doors on May 30 due to the pandemic, but, even with that loss, its co-owner Mark Evans isn’t in any rush to restart his other businesses in the music industry. His company Land Line Presents is the exclusive promoter at Zanzabar in Louisville, which could hold limited-capacity concerts but won’t.

“To me, we have a responsibility, as one of the long-standing venues in town, to sort of be a leader and to make sure that we’re helping everyone make safe choices,” Evans said. “If we selfishly decided to start having concerts right now, then other venues might take that as a green light. So, I’m really just being as mindful as I can. Sure, I need money, but at what cost. I just don’t want to encourage large gatherings.”

Since bars reopened at the end of June, with 50% capacity limitations and social distancing requirements, the consensus among local venues has been that concerts are still too dangerous and challenging to hold, despite significant financial setbacks. Most promoters with whom LEO spoke feel the virus is still too present to hold safe shows, and aspects including state-to-state travel and capacity limitations compromise effective touring and profitable concerts.

But, this month, a few local venues have offered concerts around town, most outdoors, but a few indoors.

The Early Service Concert Series, which resumed in early July, takes place at 4 p.m. every Sunday at Mellwood Tavern. The concerts feature local bands and take place outside, with only 50 tickets per event being sold. Early Service has created space in between the audience and the stage, and it assigns every group of fans a high-top table to sit or stand at to create distance between people. Table service is provided to allow drink orders without standing in a line. “Being outdoors makes everyone more comfortable, both the bands and the attendees,” Early Service founder Will Husband said.

The Early Service Concert Series is selling tickets between $15 to $20, but Husband said that they are not keeping any profit — they are instead giving all of them to the bands and sound crew. He sees this as an opportunity to help the local music economy.

“There’s a lot of bands out there, that this is their income,” said Husband, who also plays in the band Electric Garden. “Our sound crew, who work at very well-known venues around town, this is their income. It’s very important that this scene has an outlet, and getting to the point where it has to be about the music, and more has to happen. I think waiting and saying next year, next year, next year; I think it will be interesting to see how many regionally-touring bands, nationally-touring bands and small venues like the Mellwood, how many of them are going to be able to continue to do what they do.”

Jimmy Can’t Dance, one of the few venues that is hosting indoor concerts at this time, declined to comment for this story. It held its first concert since March on the July 4 weekend and has several more live events scheduled for July.

Although a limited number of concerts have returned, festivals and large gatherings such as Forecastle and Waterfront Wednesdays have been canceled, and big and mid-sized venues such as the KFC Yum Center, The Louisville Palace, Mercury Ballroom and Headliners Music Hall remain shut.

So are most of the smaller stages in town. McKinley Moore, who books concerts at Kaiju, said that he hasn’t considered holding a show yet. He said that, for the most part, local promoters have done a good job of communicating with one another, collectively discussing the best way forward.

“Most of the venues in town — I mean, not everyone, of course, some people are just going to do whatever — we’re all on the same page,” Moore said. “We all talk to each other a lot. Hopefully we see a way out in the near future. Everything seems pretty up in the air.”

Since most have been closed since March, many local venues have found themselves in financial turmoil. Headliners was in the news last month when it listed its building for sale. The businesses — Headliners and its sister promotion company Production Simple — are not for sale, co-owner Billy Hardison told LEO. They are interested in selling the building and entering a long-term lease with the new owner, he said.

“That was supposed to be my meager retirement, living in Germantown, but now I’m having to play that card,”  Hardison said. “We don’t want to give up being our own landlords, but if that’s what saves Production Simple and Headliners, so we can use the money that we get to recapitalize our businesses, then that’s the move we’ll make, and that’s something that could happen before federal relief comes through. If you bundle all of this stuff together, we do have a path out of this. It’s not our preferred choice, but it could work.”

Hardison has been adamant about the need for government assistance for independent music venues through his role as the Kentucky precinct captain of the National Independent Venue Association, or NIVA, which is made up of more than 1,000 businesses who have been lobbying Congress for relief money. In an internal NIVA survey, 90% of the independent concert halls nationwide said that, without stimulus funding directed their way, they won’t make it through the year, which would obviously result in a dramatic loss of culture across the country.

And although Hardison said he remains committed to public safety, he believes that capacity limitations won’t work for a place such as Headliners, which is known for hosting some of the best touring bands in the nation.

While other venues might see certain local shows as being feasible because of the low cost, it would monetarily be impossible for somewhere such as Headliners, a club that fits around 700 people when it’s shoulder to shoulder, to operate. With people 6 feet apart, they simply couldn’t sell enough tickets.

Evans, who in addition to his work at Zanzabar, is the agent for Man Man and the tour manager for Creed Bratton (yes, the guy from “The Office”). He also stressed the fact that capacity limitations, while needed, restrict a venue’s ability to cover expenses. “If you’re leasing or even if you’re paying a mortgage on a building that’s X amount of square feet, you’re invested in utilizing that amount of square feet,” Evans said.

For now, most venues are handcuffed to a bad situation, and they are worried about survival. Evans said that he thinks that many concert halls are banking on the industry’s most profitable season, but that there’s no way things will be any semblance of normal by then unless better decisions get made.

“We’re always banking on the fall, anyway — that’s rocktober. It’s a time of year we’re all looking forward too,” Evans said. “I think a lot of promoters and clubs are just praying that it can happen, and sort of move past this. But, everyone is so eager to reopen, it’s like we’re collectively shooting ourselves in the foot because there are some promoters that are eager to reopen and are doing it. Those events, and those large gatherings that are happening prematurely, are making it harder in the long run.”

To support the National Independent Venue Association’s push for federal relief money for concert hall’s across the country, visit saveourstages.com, where you can sign a petition, buy merch and learn more.