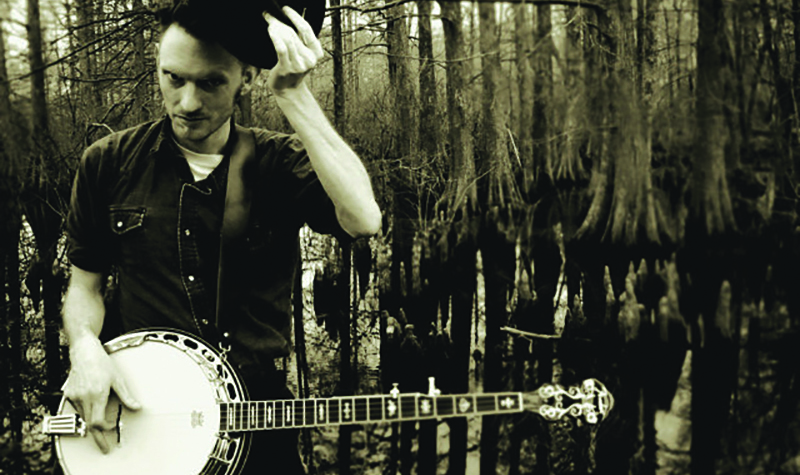 Since the mid-1990s, J.D. Wilkes and his group the Legendary Shack Shakers have been helping to forge the Southern gothic sound. In addition to ripping on harmonica and banjo as the band’s wily frontman, the Paducah native is also a Kentucky Colonel and author of two books steeped in Kentucky folklore (“The Vine That Ate the South” and “Barn Dances and Jamborees Across Kentucky.”) LEO caught up with Wilkes to dig deeper into his roots, his recent solo album and Southern mystique.

LEO: With the new year in mind, naturally I have to ask: What are your plans for 2020?
J.D. Wilkes: Well my… I do kind of have a resolution. And it is to somehow be more active in an arena I have not participated much in, in the arts, and that is film. I tried my hand at little films, five-minute, little, funny things or something strange; see if I can act. It’s the only thing I haven’t done yet.

What separates what you did on your 2018 solo record, Fire Dream, compared to what you would do with Legendary Shack Shakers?
Not a whole lot, other than — actually it could pass as a Shack Shakers record, but it’s just I’m the only Shack Shaker on there; it’s two Squirrel Nut Zippers, and a Drive-By Trucker — [it’s like] my band with a horn section. Kind of like an all-star cast.

That seems proper.
Yeah, so we went in and I had like 20 songs, and basically, we recorded them all and listened back. Some of them were country, honky tonk-ish almost, and then some of them were gypsy, Tom Waits-y, Squirrel Nut Zippers-y. Kind of like it was like an identity crisis for the record — like, what the heck is this? We decided to just cut it in half, and since we got the Squirrel Nut Zippers there, that’s what they do –- we recorded those more gypsy-sounding tunes — cabaret kind of art-damaged, gypsy music. It ended up being the record, and the personnel was right.

Tell me about when you became a Kentucky Colonel.
I have a sort of mentor that got me into Southern Gothic and that sort of theme. He was a Kentucky Colonel and he wore the string tie and everything, like every day. Drove a big, long stretch Cadillac convertible with boss hog bull horns as a hood ornament. He wore the polar opposite color scheme of Colonel Sanders — it was a black suit instead. He greased his hair back, jet black. And this kind of thin mustache — Van Dyke. Just was a cool dude. I ended up playing harmonica for him in his band. His name is Layne Hendrickson, and I just basically adopted him as sort of my older brother/mentor and really wanted to form like the Kentucky Colonel underground version of this thing. I was also dating a girl whose dad was a Colonel, and he found out that I wanted to become one and then — he ended up nominating me in secret, which is what you’re supposed to do, and I got the certificate in the mail.

Do you feel like that’s still part of your identity?
Even more now. I really — it’s a role you can really age into. I love the insignias and things. Mystique, I think, is what I’m drawn to. And I kind of just play that up now. It’s less the ego of the frontman trying to get recognized and more the posterity and the symbolism that is still rich to me — the history, of course.

What led you to pick up harmonica and immerse yourself in the blues?
My grandfather was an antique dealer here in Paducah and he gave me an old pre-World War II or World War I-era German Hohner double-holed, tremolo harmonica, Marine Band. And he played ‘Swanee River’ on it, and I learned that as the first song. That was probably about 11 or 12. Then, I discovered my dad’s blues records — he was a beatnik blues folky guy in the ‘60s. The only one in Marshall County, I bet you. Don’t see how he made it out alive. So, I inherited all of that. That was my internet, his record collection, the things it would lead me to organically. But I really, really took to Muddy Waters and the people playing harmonica on his records — Little Walter and Junior Wells, Paul Butterfield. Just loved it. I played harmonica, but that’s not what — I wasn’t able to make sounds like that. And then got to actually meet Junior Wells, who was one of Muddy Waters’ harmonica players. He came to Paducah for a blues festival — I actually got to go backstage, and he taught me how to bend certain notes, got to hang out with him. He told me you gotta soak your harmonicas in whiskey if you want that blues sound. •