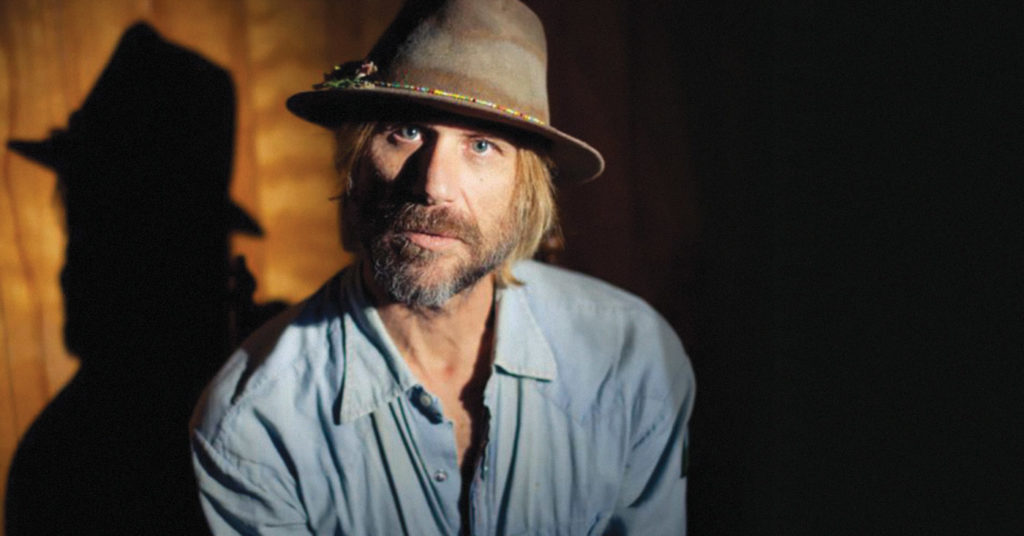 In spite of the fact that volumes one and two have yet to be written, recorded or released, Todd Snider recently issued his latest collection of tunes under the title, Cash Cabin Sessions Vol. 3. The new disc signals a return to his original folkie form and contains some of his strongest work as a songwriter. Ahead of Snider’s upcoming sold out performance at Headliners Music Hall, we caught up with the East Nashville legend by phone to discuss his time recording at the Cash Cabin Studio, his love for Jerry Jeff Walker and why his road show remains largely the same.

LEO: Your Hard Working Americans’ song ‘Acid’ feels like the most honest, if ambivalent, sketch of Charles Manson that’s ever come out. Where did that one come from?
Todd Snider: Oh, man. Thank you. I don’t think anyone has ever noticed that one. I’ve always had a soft spot for him, not because he was a hippie, because he kind of wasn’t. I know some people were murdered. I’m certain of that, and I’m sorry about that. For some reason, I just felt compelled to want to tell his story from another angle in which you could almost feel some empathy for this guy who made a massive, world-famous mistake while on drugs. It by no means excuses what he did, but that poor man had a hard life that not too many people know about. I sort of brush over the killings in the song, only saying that things got really out of hand. I don’t know where I heard it, but I also heard something about his musical preferences, and I thought it was hilarious. You know how people talk about ‘Helter Skelter’ in relation to those events? Well, I read somewhere that Manson was bothered that The Moody Blues didn’t get any credit for guiding his thoughts, or whatever, and that he was sick of people saying that he was always listening to The Beatles. So, I had to stick a line in there about that, too.

Doc Watson told me once that his favorite song was, not some obscure North Carolina murder ballad as you might expect, but rather ‘Nights in White Satin.’ So, The Moody Blues obviously got inside his head too.
No shit. ‘Nights in White Satin.’ That’s wild, man. I guess my favorite song would be a tie between the Kingsmen’s version of ‘Louie, Louie’ and Jerry Jeff Walker’s ‘Mr. Bojangles.’ I love Jerry Jeff so much. I’ve actually been talking to him and he told me he might let me record a song that he wrote, because he’s not really been up for singing ever since he began fighting throat cancer. We’ll see.

On the song ‘The Ghost of Johnny Cash,’ you sing about Loretta Lynn’s famous spectral encounter while she was recording at Cash Cabin Studio a few years back. Did being in the Cabin for your latest recording sessions release any special energy for you?
Yeah, I feel like it has. When I began the process of making the album, four or five years ago, I had a dream in which Johnny Cash appeared to me and told me I was missing something. I got really hung up on what that might be. Then I realized that while I knew The Highwaymen material backwards and forwards, I had never really immersed myself in Cash’s solo work. So, I started digging deeper. And in the 1960s, for example, he was putting out something like an album a year, with songs you likely wouldn’t know. That inspired me in a weird way because prior to that I was beginning to think that I didn’t want to make any more records. You know, I had convinced myself that I already have enough songs to sing from here on out. Now, thanks to Johnny, I’ve changed my mind and I think I’d like to make a lot of records, if I can.

Do you feel like you’ve come full circle now with your music?
I guess so. The only thing I ever really got into was songwriting and music, and so I’ve done a lot of studying on the different styles that are out there. By doing diversion-y stuff like joining a jam band or making a garage rock record, I have been able to learn a ton of things that I could then bring back to my main area of focus, which is folk music. I opened for Bob Dylan once, and he might as well have been flipping the audience off with his far-out arrangements. I guess he was challenging us, but he was on the verge of getting booed off the stage. I still do the same kind of show I’ve always done: basic tunes with lots of C7 chords. In my mind I’m playing busker music, because that’s how I self-identify, even though I haven’t had a hat on the ground since I was in my 20s. •