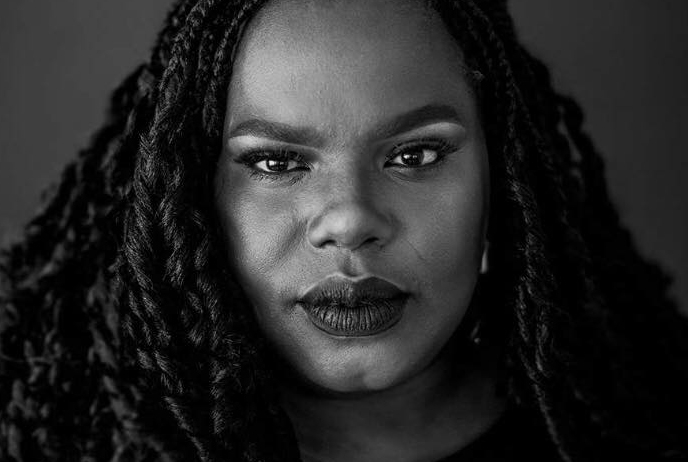 As many of you know, I live by the mantra; I’m Rooting for Everybody Black. If a black family is on “Family Feud,” I am rooting for them. If a black person is on “Jeopardy,” I am rooting for them. Every time a black person does something to uplift themself and/or the community, I am rooting for them. It doesn’t matter what it is — pie-eating contest, I’m rooting for the black person. Hot dog-eating championship, I am rooting for the black person. I wholeheartedly celebrate Black People and Black Excellence. While indeed black people are not a monolith, our solidarity in standing with other black people has roots in the slave trade. When black people were brought to America, they did not all come from the same tribe and often spoke different languages, however, on slave ships, they were forced to become one with their eye on survival and freedom. For some black people, that freedom came via a watery grave, as they leaped to their deaths in the ocean, instead of enduring the horrific conditions of slavery. The thought of enslavement was so overwhelming they chose a watery grave. Others endured grueling days of endless work in fields and unimaginable abuse, rape and murder. For others enslaved, they aligned themselves with the thoughts, goals and agenda of the slave master. Perhaps, for them, this was a means of survival. However, I believe some black people aligned themselves so profoundly with the slave master’s beliefs they started to think they’re no different than the person keeping them in bondage.

Malcolm X discussed this phenomenon in his 1963 speech, “The Race Problem”:

When the master said that ‘we have a fine home here,’ the house Negro said, ‘Yes, we have a fine home here.’ When the master would be sick, the house Negro identified himself so much with his master he’d say, ‘What’s the matter boss, we sick?’ His master’s pain was his pain. And it hurt him more for his master to be sick than for him to be sick himself. When the house started burning down, that type of Negro would fight harder to put the master’s house out than the master himself would.

But then you had another Negro out in the field. The house Negro was in the minority. The masses — the field Negroes were the masses. They were in the majority. When the master got sick, they prayed that he’d die. If his house caught on fire, they’d pray for a wind to come along and fan the breeze.

If someone came to the house Negro and said, ‘Let’s go, let’s separate,’ naturally that Uncle Tom would say, ‘Go where? What could I do without boss? Where would I live? How would I dress? Who would look out for me?’ That’s the house Negro. But if you went to the field Negro and said, ‘Let’s go, let’s separate,’ he wouldn’t even ask you where or how. He’d say, ‘Yes, let’s go.’ And that one ended right there.

So, now you have a 20th century-type of house Negro. A 20th century Uncle Tom. He’s just as much an Uncle Tom today as Uncle Tom was 100 and 200 years ago. Only he’s a modern Uncle Tom. That Uncle Tom wore a handkerchief around his head. This Uncle Tom wears a top hat. He’s sharp. He dresses just like you do. He speaks the same phraseology, the same language. He tries to speak it better than you do. He speaks with the same accents, same diction. And when you say, ‘your army,’ he says, ‘our army.’ He hasn’t got anybody to defend him, but anytime you say ‘we’ he says ‘we.’ ‘Our president,’ ‘our government,’ ‘our Senate,’ ‘our congressmen,’ ‘our this and our that.’ And he hasn’t even got a seat in that ‘our,’ even at the end of the line. So, this is the 20th century Negro. Whenever you say ‘you,’ the personal pronoun in the singular or in the plural, he uses it right along with you. When you say you’re in trouble, he says, ‘Yes, we’re in trouble.’ But there’s another kind of black man on the scene. If you say you’re in trouble, he says, ‘Yes, you’re in trouble.’ He doesn’t identify himself with your plight whatsoever.”

Therein lies the problem with rooting for everybody black. While we want to believe that black people stand together when it comes to injustice, the old Negro proverb is true, “All skin folk ain’t kinfolk.”

One thing I have learned in life is that birds of a feather flock together. While you may want to support Daniel Cameron because he is a young black man, where he has placed his stake in the ground is diametrically opposed to what is good for the people of Kentucky. How can I support someone who wholeheartedly stands with two people who mean me harm? How can I support someone who is upheld by a man who says there are good people on both sides when it comes to one side protesting injustice and one side whose mission is to kill black people?

An attorney general’s job is to uphold the law. I do not trust Daniel Cameron to do that when he aligns with Bevin, Mitch and Trump. A house divided against itself will not stand.

I understand that Daniel Cameron may be a nice person; however, this is not the time to root for everybody black. My goal is not to put down Daniel Cameron. I am sure he is a nice man. Invite him to dinner. Invite him to have a beer. You may even invite him to your cookout, but we should not have invited him to the attorney general’s office on Election Day. •