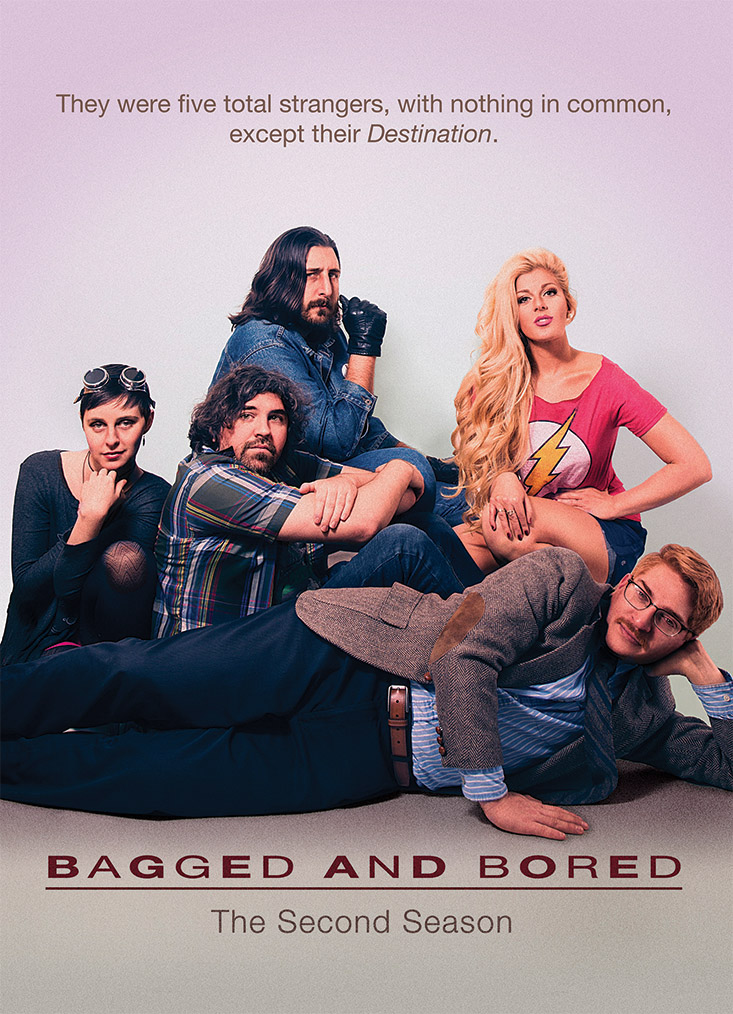 “Bagged & Bored” is a locally produced, comedy web series that centers on a comic book store. It’s as if “Clerks” and “Big Bang Theory” had a baby. Catch up with 2016’s season one on YouTube and go to Art Sanctuary Saturday for the debut of season two and a Q&A with cast and crew. Director and creator Matt Gaither, visual effects/producer Aaron Patterson and actress Megan Massie sat down for an interview.

LEO: What took so long to do season two?
Aaron Patterson: Schedules are hard. There’s little to no pay for this show. Last season, I think we were trying to negotiate the schedules of 12 people. This season, it was upward of 30. So, it’s tough for people to be like, ‘Should I take this paying gig? Or, should I get up at 7 a.m. on a Saturday, do hair and makeup and shoot for no pay?’ It’s a labor of love for everyone, for sure, but schedules can be tough.

Matt Gaither: We knew that if we were going to tackle a second season, we were going to have to crowdfund. And since none of us had ever run a crowdsourcing campaign, we had to figure that out. But it’s 10, 30-minute episodes — that’s like making four regular movies. So, if you think about how long a typical movie takes to make, I think we’re right on schedule.

How much does improv play into the show?
Megan Massie: I will say, I think the comedians are great at it. And I trust Matt and Aaron to use the best takes for the final cut. But I don’t want to improvise.

So, you stick strictly to the lines written.
MM: I’m not a stand-up comedian, and I’m not funny. So, I’m going to just save everybody’s time and a lot of wasted footage, and stick to what they wrote.

MG: This time, we were filming a lot of things out of order and out of sequence. There were times when someone would improvise, and I would have to be like, ‘You can’t really do that, because your character does this in an earlier or later episode.’ There was a lot of mental bandwidth being used on trying to figure out if we can get away with something without fucking up the whole series.

AP: We have a script that gets the story where it’s going. In there, there are sections we will leave in bold. That means: Actor can improvise here. It means that you can kind of say and do anything here, and it won’t affect any of the story in later episodes. It’s where we want them to just go off on a tangent and make some kind of obscure pop-culture reference.

Megan, was it difficult stepping into a character, Zooey, established by another actress?
MM: It was fine. I do a lot of Shakespeare, and listen, I’m not the first Juliet that ever happened. I’m not the first Ophelia. It’s about taking the character, making her your own while honoring what April [Singer] has done.

MG: That was something we were very concerned with, we didn’t want Megan to be April, we wanted Megan to be Zooey. That character is going through so many changes throughout the season, it just kind of worked.

MM: I also would like to say the writers have done a great job of bringing more strong, empowered female characters into this season. It’s not just Zooey. •