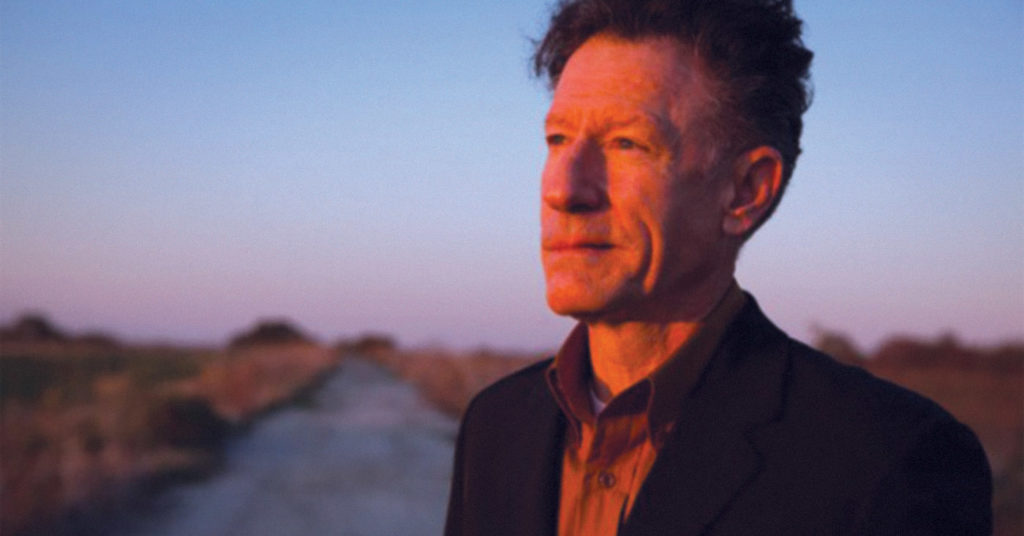 Celebrated singer-songwriter Lyle Lovett has been flirting for years with a number of genres, including folk, blues, jazz, country and swing, without ever fully committing to any one of them. That sort of musical meandering has led to four Grammy Awards, and tons of other accolades for this tale-telling Texan. We recently caught up with Lovett by phone to discuss how the Grateful Dead changed his life, the status of his next studio album and the current run of shows that lands him in Louisville this week.

LEO: Did you ever cross paths with [Grateful Dead lyricist] Robert Hunter while you were working on the 1991 Deadicated tribute album?
Lyle Lovett: No, it was Jerry [Garcia] who had asked me to do ‘Friend of the Devil’ on Deadicated. Beyond the privilege and honor of getting to record that song for such a beautiful album, the experience itself significantly altered my professional path in that it connected me to some people and places, including players and producers outside of Nashville that have had an integral role in all of my subsequent work, from Joshua Judges Ruth right up through Release Me. So, that invitation turned out to be a pivotal opportunity for me, to say the least.

Are there any conversations that stand out from your days as a music journalist for the student newspaper at Texas A&M?
Oh, man. Well, my regular beat back then was the Bryan, Texas city council, but any of us on staff could lobby for arts and entertainment assignments that we found appealing. I was fortunate enough to get to interview Nanci Griffith while I was still in school. Talking to Willis Alan Ramsey for one of those stories was also a big deal to me, and he actually wound up becoming one of my dear friends. I learned a lot from him.

You were also able to turn to Guy Clark for advice, right?
Yeah. His songwriting appealed to me immediately. In fact, when I was learning guitar, I studied every song on Old No. 1, Guy’s first record. Getting to know him later was just a thrill. He was so deep and so thoughtful and a really great teacher. I would go over to his house and we would have long conversations about writing, painting or guitars that he was building. People don’t seek me out for advice in that way, but I don’t know that I would ever have the confidence to feel as though I could impart any important information to someone else the way that he did to me when I was young.

Have any interesting scripts come your way lately?
You have to understand that I don’t pursue acting work the same way that actors pursue acting work. I mean, every now and then a director might have me in mind for something specific, but that’s the only time offers to act ever come my way. I don’t leave room in my schedule to go after acting gigs in earnest, but I’ve enjoyed acting every time I’ve done it. I like taking direction and working out my small contributions, while watching the whole filmmaking process unfold around me. In a way, it’s like the feeling I get when I’m sitting-in with someone else’s band, and none of the responsibility falls on me.

It’s been a little while since Release Me came out. Have you been busy stockpiling songs?
Stockpiling could be an overstatement. But, yeah, I am always making up more songs, and recording sessions for the next album are actually scheduled to begin in November. I’m excited that it will be for Verve [Records], and that I will get to remain in the Universal family. My hope is that this one will in some way represent all of the different facets of what I do as a performer, from solo to small group to full band.

What makes the Acoustic Group configuration, as featured on the fall tour, special for you?
Playing with great players, in different configurations, is the fun part, to me. Whenever I go out with the Acoustic Group, which is really just a subset of the Large Band, I get to reinvent my arrangements and incorporate a few tunes into the set list that might not work so well for my Large Band performances. Plus, doing it this way allows me to stop at smaller, more intimate rooms like The Brown Theatre.

Is there anything in particular that you like to do when you’re in Louisville?
I’ve been a regular visitor ever since the days of the ‘Lonesome Pine Specials,’ and whenever I’m there, I always try to make my way to the bar of the Brown Hotel for a hot brown. I’m dead serious about that. •