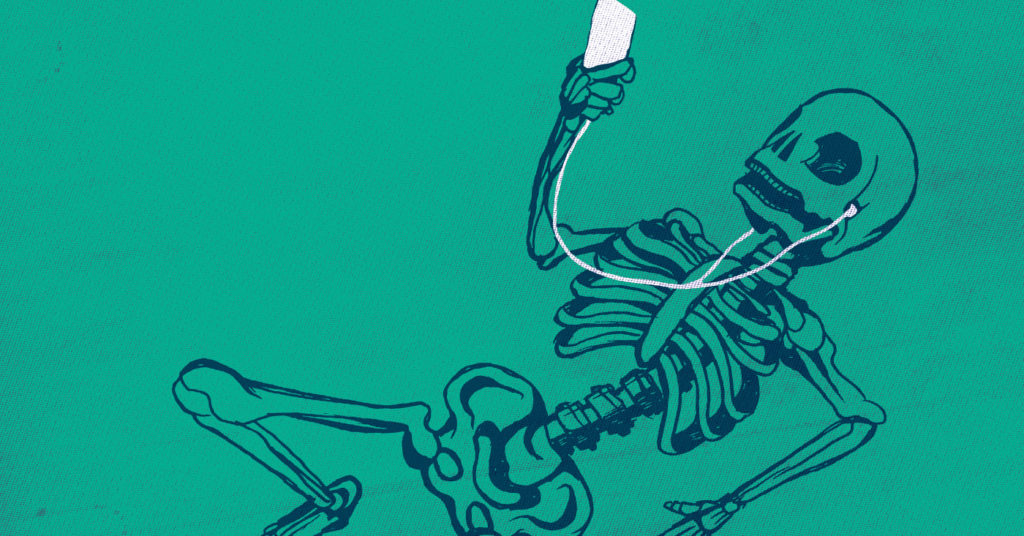 The skeleton of any great horror film includes jump scares, chase scenes and blood splatters, however, the backbone of the story lies in the strength of its fear-inducing soundtrack. Here’s a scary list of songs from local musicians.

Bonnie ‘Prince’ Billy, Bryce Dessner, Eighth Blackbird — ‘Underneath the Floorboards’
This is the perfect mood music to elicit the feeling of danger. From Poe’s short story “The Tell-Tale Heart” to Sufjan Stevens’ track “John Wayne Gacy Jr.” (which inspired this song), fiction and historic references about killers hiding murdered bodies beneath their homes have been around for ages. Here, the creaking sounds of old, hardwood floors are expertly mimicked by string instruments, piano keys and the sharp notes of woodwinds. It evokes the feeling of questioning your surroundings.

Pleasure Boys — ‘Shadows’
The opening measures of this song is a solo bass line that grabs your attention like a ghostly, curled finger beckoning to come hither. Eventually joined by drums, the song builds momentum with the line “Shadows follow you down,” sung in the style of an interjection. The slurring of vocals thereafter conveys an ominous tone spiked by the sudden exclamation of “I said you won’t,” which warrants the feeling of impending punishment. The final frenzy is all-out unhinged fury.

Hazelfire — ‘Initiation’
The beginning whispers and guitar notes of “Initiation” are reminiscent of the Italian prog-rock band Goblin’s soundtrack to the 1977 film “Suspiria.” Maybe the unintelligible words are an unknown language, or phrases spoken backward, in order to summon someone or something from the darkness? The tempo quickens, a conjuring drum rhythm is added, while a mighty guitar riff leads the call. A voodoo-style chant in the middle of the song takes this sinister ceremony to new heights.

Stonecutters — ‘The Living Dead’
Opening with the line “I can hear myself rotting” — sampled from a restrained, half-corpse zombie in the 1985 film “The Return of the Living Dead” — this song features the metal band’s classic call-and-response guitar thrashing and manic drums. Screeches of phrases such as “party with the dead,” “glistening intestines” and “bone appetite” will make your head bang.

Young Widows — ‘Prey for the Beast’
This song starts boldly. There’s no asking permission, only an acknowledgment that this is what you really want. It flashes back to your 17-year-old self, when the beast first came to you, which is understood to have been gratifying. Now, after time has passed, you anxiously wait for the beast to return. The lyrics ask the question: “Pray that the Beast comes to you, when it does what will you do?” The music hits so hard that you feel confident you have the answer, but there’s also a “Stranger Things” Demogorgon thing happening that feels like whatever you decide, ultimately, you’re dead.

Prayer Line — ‘Drink the Blood’
The strong guitar chords and shrill scream that kick off this song have an unmistakable parallel to the glory days of heavy metal bands. To become undead and be set free, you must “drink the blood” in “the name of Satan.” After listening to the hypnotizing fuzzy guitars, the guttural growls and the herd mentality lyrics, you just may swear a new oath. Cheers!

Ron — ‘Scream Like Hell’
Prefaced by a computer-generated voice that says, “Now this could scare you,” the lyrics lead with “There is something wrong” — the words stretched for dramatic importance. A dreary sounding guitar and the line, “When you wake up, don’t want to wake up,” builds to the realization that you want to “scream like hell” because of all the things that are unfair, disappointing and plain frightening about life. The line “it’s about to explode” is right. The only thing left is to scream. Extremely therapeutic.

Shedding — ‘Local Bones’
The most chilling track, “Local Bones” feels like the moment in the nightmare when escape is not an option. A modular synthesizer spins a web of vibrations entangling the listener. The sound waves shift from low to high frequencies with a garble of notes that rattle inside your skull and cause disorientation. Imagine a blinking fluorescent light bulb in a strange hospital ward and the feeling of creep is complete.